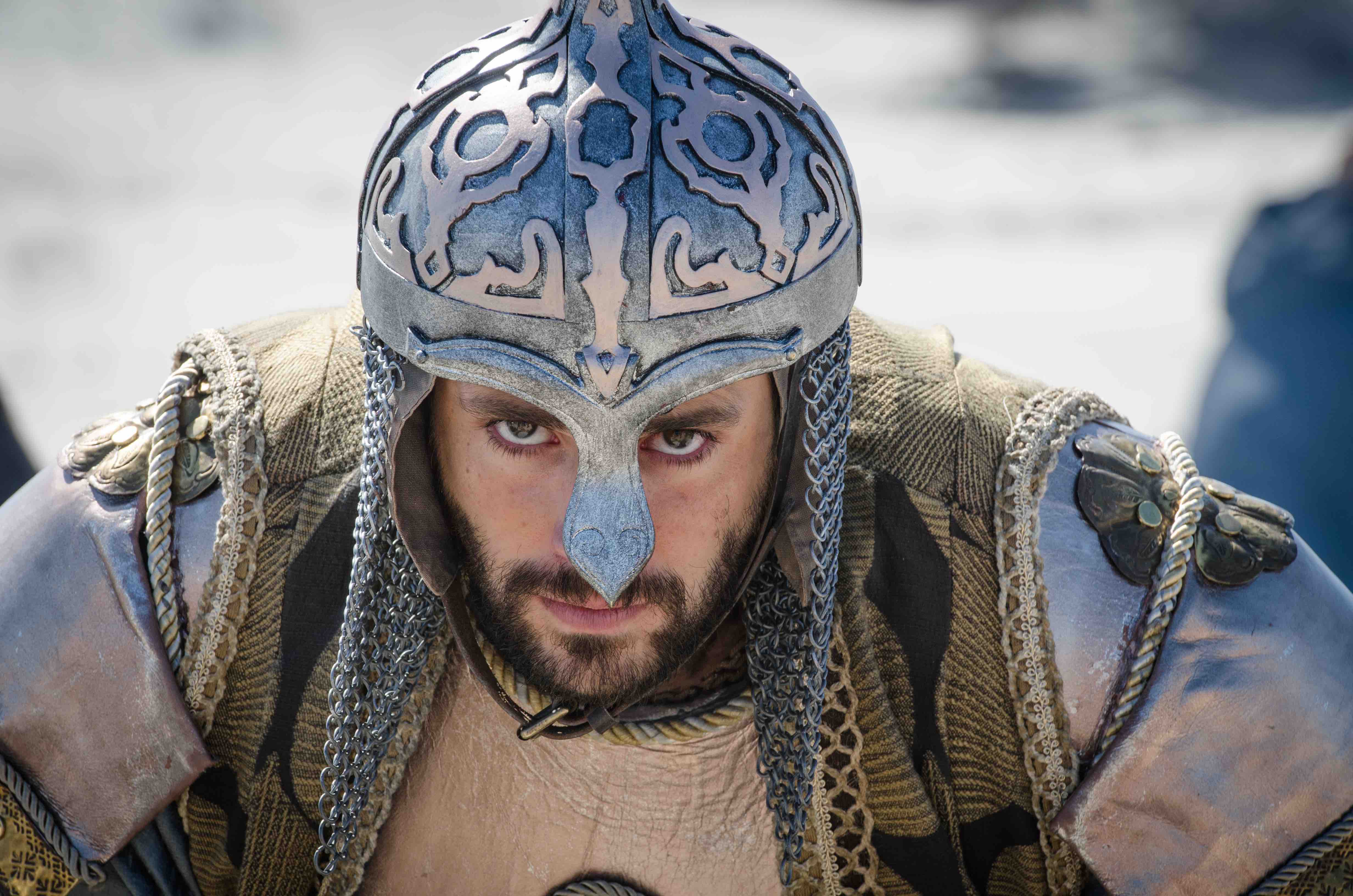 SILVER SPRING, Md. – The Sultan and the Saint, a 60 minute docudrama film produced by Unity Productions Foundation (UPF) has been nominated for an Emmy® Award in Outstanding Lighting Direction and Scenic Design by the 39th Annual News and Documentary Emmy® Awards. The film tells the little-known story of St. Francis of Assisi and the Sultan of Egypt, Muhammad Al-Kamil, two charismatic men of different faiths who met on a bloody battlefield and found common ground.

This is the first Emmy® Award nomination for UPF, a nationally recognized media and educational organization with a mission of creating films and educational campaigns to increase understanding of Muslims and people of other faiths and backgrounds.

In addition to The Sultan and the Saint, UPF’s films include other PBS national broadcasts, such as Prince Among Slaves, which tells the story of an African Muslim Prince enslaved in Mississippi, Enemy of the Reich, about a Muslim woman who fought the Nazis during World War II, and Islamic Art: Mirror of the Invisible World, among others.

“This is a great honor,” says Alex Kronemer, Director of the film and Co-Founder of UPF (with Michael Wolfe). “It could not have happened without an amazing group of Muslim, Christian and Civic underwriters. Their joining together to fund this film about interfaith peace-making is itself a major distinction in our divisive times.” UPF has premiered the film in over 75 cities across the U.S. and Canada and has generated 3,500 screenings in educational and community settings. The film has also premiered in Rome where senior leaders of the Vatican attended and is currently being used in a peacemaking campaign amongst Evangelical and Muslim leaders nationwide.

“The entire cast and crew is thrilled to learn of this nomination,” commented Jeremy Morrison, the Editor and Producer of The Sultan and the Saint. “We are particularly grateful for the creative vision and hard work of the Directory of Photography Nick Gardner and the Production Designer, Angie Ratliff who really deserve a lot of credit for the nomination in Outstanding Lighting Direction and Scenic Design,” added Morrison.

Narrated by Academy-Award winning actor Jeremy Irons, The Sultan and the Saint was filmed on location on Assateague Island, a barrier island off the coast of Maryland. Interior shots were filmed on a set constructed in an old cork factory in Baltimore. Computer-generated imagery enhanced and brought additional realism to the battle scenes.

Additional information about The Sultan and the Saint can be found here: sultanandthesaintfilm.com/