WASHINGTON (RNS) — Karen Swallow Prior is an evangelical English professor in rural Virginia who can claim something most others who fit that description can’t: more than 25,000 Twitter followers.

A native of Maine, she is a vocal presence in the Southern Baptist Convention. And while she is known for building common ground with those who disagree with her, Prior made national news this spring for questioning the leadership of one of her denomination’s most powerful men, helping to bring the #MeToo culture into a male-dominated hierarchy.

What might seem like contradictions, Prior might call balance. “I’m passionate about holism and balance,” she said in a recent interview with Religion News Service, citing Aristotle’s definition of virtue as the balance between extremes. “To me, that’s the virtuous life, to balance all of those things.” 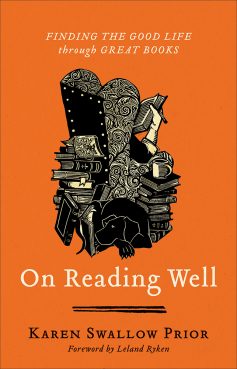 That principle has led to a career as a professor at Jerry Falwell’s Liberty University in Lynchburg, Va., and a writer of books — her latest is “On Reading Well: Finding the Good Life through Great Books” — and articles in publications like The Atlantic and the liberal website Vox.com. Prior, 53, said her primary goal is to help all creatures great and small — she’s an animal welfare activist too — improve their lives.

A lifelong Baptist, Prior grew up in Maine and earned her Ph.D. from the State University of New York at Buffalo, where being “Southern Baptist wasn’t a big thing.” While in graduate school she worked as the principal of an inner-city private school that was both interracial and interdenominational.

Now, Prior is affiliated with two hallmark evangelical institutions: Liberty, led by one of founder Jerry Falwell Sr.’s sons, and Thomas Road Baptist Church, pastored by the other.

But since the spring, Prior has become known for her outspokenness about allegations of abuse in the SBC, especially the scandal that broke in April around one of its biggest names: Paige Patterson, then the revered president of Southwestern Baptist Theological Seminary.

After an audio file started circulating of Patterson saying that divorce is wrong even when a husband is abusive, and another clip that followed caught Patterson calling a 16-year-old “built,” Prior and other Southern Baptist women wrote to Southwestern Baptist’s trustees. When they did not hear back for several days, Prior helped draft a letter saying that “a leader with an unbiblical view of authority, womanhood, and sexuality” should not be allowed to remain in his position.

“That letter was 3,000 women saying the emperor has no clothes,” Prior said. “And I think it just simply sent notice that the gig was up.”

On May 23, the day that Patterson was gently ushered out and given the title of president emeritus, Prior was hit by a bus in Nashville, Tenn., fracturing her pelvis, shoulder and several ribs and vertebrae. A week later, as she left the hospital, Patterson was removed entirely. “This is serious spiritual warfare,” she tweeted that day. 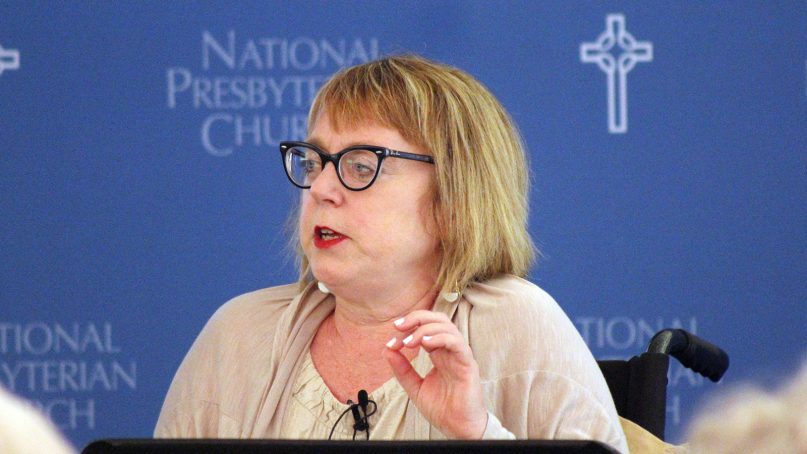 Karen Swallow Prior speaks about her book “Fierce Convictions,” about British abolitionist Hannah More, at the National Presbyterian Church in Washington, D.C., on July 22, 2018. Prior spoke from a wheelchair because she was struck by a bus two months before. RNS photo by Adelle M. Banks

Prior later acknowledged that the police report says she stepped in front of the bus. Though she thanks God for the “miracle” of preserving her life, she believes disparate powers are at play in her denomination and beyond it.

Boz Tchividjian, a law professor at Liberty and the founder of GRACE, or Godly Response to Abuse in the Christian Environment, said Prior took a risk in speaking out against abuse, and praised her integrity in not attacking Patterson personally. Rather, she raised her voice, he said, because she “loves the denomination to the point of wanting to see changes made.”

Advocating change is nothing new to Prior. Tchividjian said Prior has long been noticed inside and outside the evangelical world for her “refreshing” way of engaging orthodox beliefs with an unorthodox approach.

“Young people, I think especially at Liberty, really admire and look up to her,” he said. “The younger generation has an interest in a lot of the very same issues that she’s dialoguing about, and she creates safe spaces for them to talk.”

“She dresses like Oscar Wilde and she’s wearing all of these funky colors and she has a dozen different textures in one outfit,” he said, adding that her Twitter comments are as versatile as her apparel — from literature to history to animal rights. 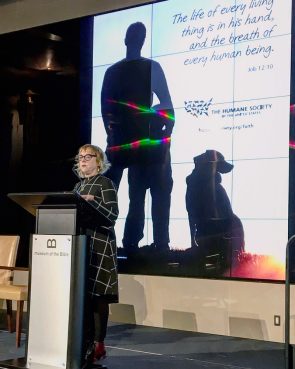 “She appeals to so many different groups of people,” he said.

Prior’s appeal is also reflected in her attempts to build bridges with those with whom she disagrees. A former protester outside abortion clinics, she ran in 1998 for New York lieutenant governor as the Right to Life Party candidate. But she also served on a steering committee of the Common Ground Network for Life and Choice, which aimed to reduce polarization between abortion rights opponents and advocates.

“She sees them as humans to be reached and connected with, not villains to be distanced from, so she’s always cultivating conversations,” said Cristy Horsley, a 2008 Liberty graduate who works for a Virginia child advocacy organization and recalls Prior teaching her to be a critical thinker.

“She has never been afraid to analyze, to question. She always is looking for the medium between the two extremes. She says the truth is somewhere in the middle.”

Prior also has delved into another area where many conservative Christians would not venture: She chose to be listed among endorsers of the recent Revoice conference, a gathering of LGBTQ evangelicals.

“I know many people who are same-sex attracted but yet still believe in the traditional biblical sexual ethic, and they need our support and so I endorsed the conference,” she told RNS.

Some questioned her support of Revoice, including one Southern Baptist who spoke from the floor of the convention’s June meeting to oppose her endorsement of the group.

In response, Russell Moore, president of the SBC Ethics and Religious Liberty Commission, said, “Karen Swallow Prior has committed herself to go anywhere and everywhere to stand up and tell the truth about God’s word about human sexuality.” Moore added that he knew no one “more committed to the biblical message that marriage is between a man and a woman and that sexual immorality leads not just to bad consequences but to hell.”

Prior’s “anywhere and everywhere” approach extends to social media, where she engages with students, former students, evangelical leaders and grassroots people, whether they agree with her or not. The first sentence of her Facebook bio says “Will work for boots.” The remaining text is from the Nicene Creed.

One day she’s tweeting her thanks to the “warm and welcoming” audience at her recent talk at Washington’s National Presbyterian Church, where she spoke on abolitionist and animal rights activist Hannah More, her 19th-century role model and book subject. Karen Swallow Prior signs books after a speaking engagement at the National Presbyterian Church in Washington, D.C., on July 22, 2018. Prior used a wheelchair because she was struck by a bus two months before. RNS photo by Adelle M. Banks

A couple days later, she is outlining her definition of “biblical Christianity”: “I believe in protecting human life at all stages, stewarding all of creation humanely & well, celebrating maleness & femaleness as God created us, upholding marriage as a picture of Christ & church, holding predators accountable, welcoming aliens, and speaking the truth in love.” One of her latest articles suggested “9 Ways to Make Social Media More Christian.”

“I think she just has a really smart way of writing about things in an unexpected way,” said Eleanor Barkhorn, the editor at The Atlantic who commissioned Prior’s first piece for that magazine’s website in 2012 (“Don’t Let the Petraeus Affair Keep Men from Mentoring Women”).

Prior has written about her belief that God called her to childlessness, condemned dog fighting and extolled the merits of marrying young — which she did herself, to her husband of 33 years, Roy.

“I don’t think she falls into a really clear category one way or another, but the perspective is really unique,” said Barkhorn, now deputy managing editor at Vox.

As Prior gets ready this month to release her book and prepares to leave her wheelchair behind for her 20th year at Liberty, she plans to keep teaching, writing and tweeting.

“I say, ignore what the experts tell you about building platform and use social media to serve people,” she said. “I don’t care about platform. I’m there to have fun and to spread my love of life, literature and God.”

Editor’s note: this story has been changed to correct the date when Prior ran for lieutenant governor of New York. An earlier version had an incorrect year.