(RNS) — The Winter Gardens Center in the English seaside town of Blackpool is best known as the venue for stemwinding speeches by prime ministers at party conventions or for hosting the now annual BBC TV extravaganza “Strictly Come Dancing.”

But for three nights next weekend, people will pack the auditorium at Winter Gardens to hear the American evangelist Franklin Graham preach at the culmination of the Lancashire Festival of Hope.

It’s been 36 years since Graham’s father, Billy Graham, visited Blackpool, and more than 60 since his famous visit to Britain in 1954 when he filled London’s Harringay arena every night for three months.

According to the festival’s website, local Christians have been preparing for the younger Graham’s visit for the past two years, with prayer meetings, prayer walks and leadership training events.

“Franklin will come with a positive message of hope,” said Steve Haskett, vicar of the Anglican church of St. John’s in Blackpool, one of 200 independent and Anglican churches that helped bring Graham to the festival. “There are few people around who can share the Christian message with the clarity and conviction that Franklin does and that’s why we’ve invited him.”

But many people in the town oppose Graham’s visit, citing comments he has made about gay people and Islam.

While Graham’s Samaritan’s Purse has done humanitarian work in Muslim countries, Graham, who now runs his late father’s Billy Graham Evangelistic Association, has a history of calling Islam a “wicked and evil religion.” He has also called homosexuality a sin and has spoken against same-sex marriage and adoptions by gays.

In response to complaints, a local transit company in Blackpool removed advertising for the event from its buses, and some 8,000 people signed a petition requesting the home secretary to deny Graham entry to the country.

Blackpool’s two ministers to Parliament have also expressed their concern, with one suggesting that Graham’s comments amounted to hate speech. 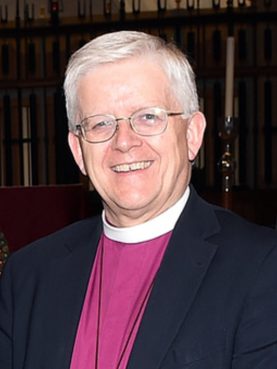 Criticism has also been focused on the Church of England’s local bishop, the Rt. Rev. Julian Henderson, for refusing to take a position on Graham’s visit. Henderson defended his stance in a statement last weekend, saying that his neutrality enabled him to conduct an ongoing listening exercise with people from both sides.

“However, I must be very clear that, while I am always supportive of mission work that proclaims the message of salvation in Jesus Christ, I do not support any kind of ‘hate speech’, including the language of Islamophobia, Christianophobia and homophobia.”

The bishop added that neither he nor members of his leadership team would be attending the festival.

Only 1 percent of Blackpool is Muslim — compared with 5 percent of the U.K. population overall — but it has one of the largest LGBT communities in Britain, with approximately 10 percent of residents identifying as LGBT. Nina Parker, who runs the inclusive Liberty Church Blackpool, said, “Our message is for progressive Christians, for the LGBT community and indeed the wider community – Franklin Graham does not preach in our name.”

“We’ve been very clear that nobody has been excluded or will be excluded,” said Haskett, noting that the churches involved represent “different flavors of Christianity.”

Some Blackpool residents have also taken exception to Graham’s description of the town on the BGEA website as “one of the darkest cities in that nation,” and referring to epidemic levels of drugs, gambling crime and violence. Graham says in a note on the site, “Alcoholism is everywhere and the suicide rate is sky high.”

Blackpool indeed suffers from high levels of unemployment and poor housing, registering as the most deprived of 326 local jurisdictions in England in 2015, but Graham’s characterization has rubbed some townspeople the wrong way. 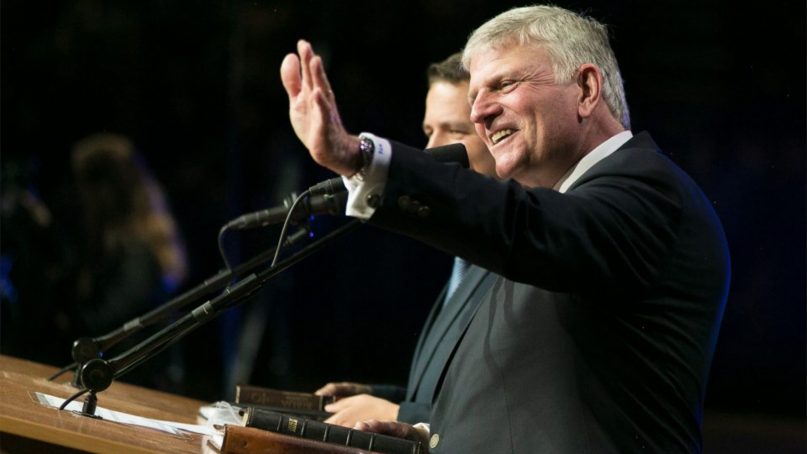 Andrew Page, an elder from the United Reformed Church, said Christians in Blackpool should protest against his comments about the town. “They’ve been out there working for 20 years or more, taking God’s love into their local communities. Then an American preacher comes over and tells them that they’re in a dark place – what does it say about their work and their call from God?

But Page, who plans to keep a protest vigil outside Winter Gardens with other Christians for the weekend, also objects to Graham’s attitude toward LGBT people. “Our message is not for him, it’s for those he would exclude,” said Page. “People need to know there is an alternative to Franklin Graham’s brand of Christianity.”