The ’Splainer (as in “You’ve got some ’splaining to do”) is an occasional feature in which the RNS staff gives you everything you need to know about an issue or current event in the news.

(RNS) — The Islamic day of Ashura is not for the faint of heart.

And not just because of the gory videos you’ve probably seen on the news of Muslim men beating themselves. That symbolic bloodletting is just one way Shiite Muslims grieve historical pain on this solemn day.

Ashura – which comes from the Arabic word for 10 – falls on the 10th day of Muharram, the first month of the lunar-based Islamic calendar. This year, that’s from Sept. 20-21. It’s a day of public mourning when Shiite Muslims commemorate the death of Imam Hussein, the Prophet Muhammad’s grandson.

Some Muslims fast on Ashura. Others wail, put on passion plays re-enacting the death of Imam Hussein. Some flog themselves with whips and chains. Others donate blood, and still others virtually ignore the day. What gives? Let us ’Splain …

What does Ashura celebrate?

Actually, it’s not a celebration. The day marks the martyrdom of Imam Hussein, the son of Ali. Ali was Muhammad’s cousin, son-in-law and, after Muhammad’s death, his caliph. But Shiite Muslims believe Muhammad designated Ali as his rightful immediate successor, while Sunnis accept him as the fourth caliph, after several of Muhammad’s companions. That’s the root of the major sectarian split in Islam: Sunnis believe the community should just pick the best man for the job, while Shiites believe leadership of the Muslim world should pass through the Prophet Muhammad’s bloodline.

After Ali was killed, Shiites believe that his son Hussein was the rightful leader of the Muslim community because of his matrilineal descent from Muhammad. In 680 A.D., Hussein and his supporters refused to submit to the oppressive rule of the Umayyad caliph, Yazid. As Hussein and his family attempted to leave Mecca, Yazid’s forces clashed with Hussein’s caravan at Karbala, in present-day Iraq. The bloody battle at Karbala ended with Hussein martyred and then beheaded.

That scene – the suffering and sacrifice of the figure Shiites see as Muhammad’s true heir – has been formative to Shiite identity and theology. 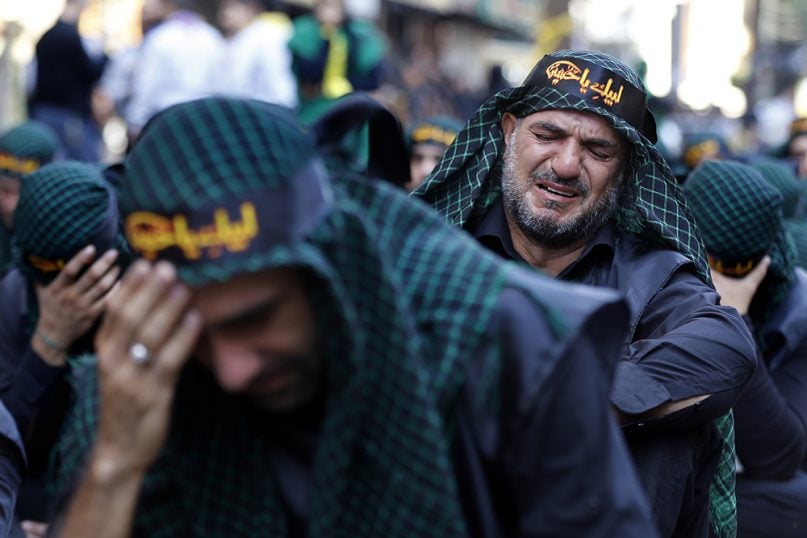 Shiite Muslims mourn as they listen to the story of the death of Imam Hussein, during the holy day of Ashura, in the southern suburbs of Beirut, Lebanon, on Sept. 20, 2018. (AP Photo/Bilal Hussein)

So Ashura is a Shiite holiday?

Sunni Muslims also believe the month of Muharram and day of Ashura are sacred. They recognize the tragic day’s significance in Islamic history, and many mark it by fasting. Here we can unearth a little bit of forgotten Islamic-Jewish history: Sunnis believe the Prophet Muhammad saw local Jews fasting on the same day for Yom Kippur. He asked his followers to fast as well.

But for Shiites, Ashura and the entire month of Muharram have a much darker meaning – a reminder of the violent persecution the minority community faces around the world to this day.

How do Shiite Muslims mark the occasion?

There are a number of ways. Millions of Shiites from Iran, Iraq, Pakistan, Bahrain, Lebanon and other nations make annual pilgrimages to mourn Hussein’s death at his shrine in Karbala.

Some Shiites organize re-enactments of the martyrdoms. During mourning rituals, known as matam, Shiite Muslims gather at mosques, shrines and in public parades wearing all black. They cry and wail as they mirror the suffering of Hussein and his family, chanting or thumping their chests. In some places, they are more aggressive, slapping their faces and self-flagellating with whips, chains or even swords. 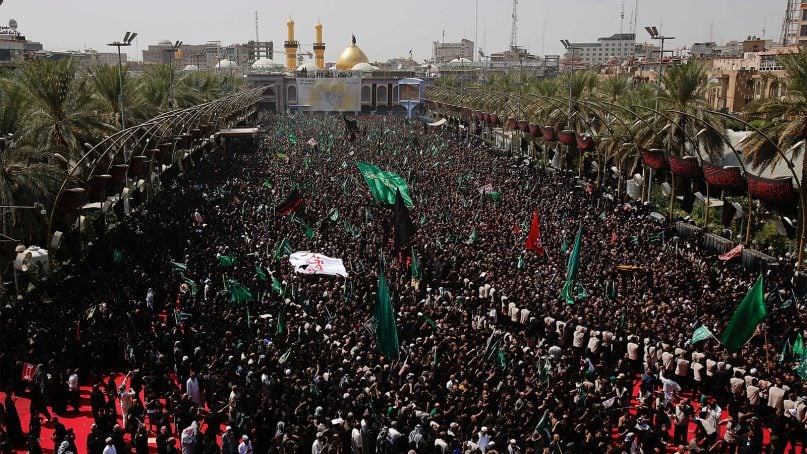 Shiite Muslims gather around the shrine of Imam Hussein on the holy day of Ashura, in Karbala, south of Baghdad, Iraq, on Sept. 20, 2018. Ashura is the annual Shiite commemoration of the death of Imam Hussein, the grandson of the Prophet Muhammad, at the Battle of Karbala in present-day Iraq in the 7th century. (AP Photo/Karim Kadim)

Many Shiite leaders discourage bloody matam ceremonies. Instead, many of them encourage their followers all over the world to organize and participate in blood drives instead.

“I feel like the sacrificing of my blood to save other people’s lives is the best use,” Saif Zaidi, a student at the City College of New York, told Religion News Service. His Islamic center has organized blood drives during Muharram for the past five years. “To each their own, but this is my experience.”

So is giving blood a more wishy-washy, Westernized way to mark Ashura?

Actually, there are plenty of blood drives that happen in Iran, Iraq, Afghanistan and other Middle Eastern and Asian Shiite communities.

Every year on Ashura, the Iranian Blood Transfusion Organization sends its blood collection teams throughout that country. In 2010, they collected over 37,000 blood units during Ashura day and the night before it, one medical journal noted. That’s 3.5 times more than the country’s average daily rate of blood donation.

But young Muslims in the U.K., Canada and U.S. have made it a more mainstream practice in the West. In the U.K., Shiite Muslims launched the Imam Hussain campaign in 2006 to increase the number of regular blood donors from Muslim communities.

“The symbolic meaning of sacrificing our own blood for the cause of humanity certainly does reflect the teachings and values which Imam Hussain hoped to imbue,” the Shiite youth organization Who Is Hussain, which organizes blood drives in Western countries, explains on its website. “ … we wish to answer Imam Hussain’s call by sacrificing our blood in order to help save humanity.”

The group also points to Imam Hussein’s legacy of social justice, particularly standing up to the oppressive caliph Yazid, as an inspiration for them on Ashura as they focus on channelling his compassion, charity and conviction in his sacrifice. 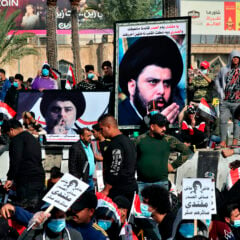 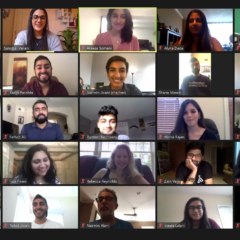 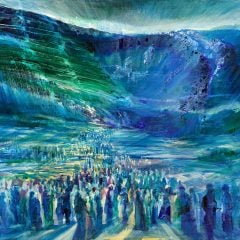 Islam Beyond Phobia
On Ashura, Muslims recall how faith in God overcomes tyrants