But the group’s leaders say churches do the same thing all the time and are never penalized.

Nonbelief Relief, the charitable arm of the Freedom from Religion Foundation, filed a complaint Thursday (Oct. 11) in the U.S. District Court for the District of Columbia, after its tax-exempt status was automatically revoked.

The Aug. 20 IRS revocation notice said the relief organization failed to file an “information return” — known as a Form 990 — for three consecutive years.

In its complaint, the charity said it “objects to having to file Form 990 while churches and church-related organizations do not.” 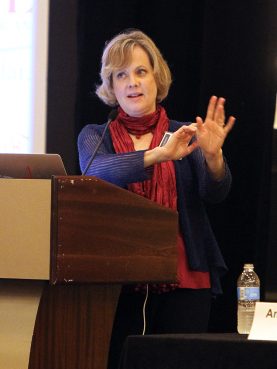 Annie Laurie Gaylor, president of the charity and FFRF co-president, said the suit is “part and parcel” of an ongoing legal strategy of the Wisconsin-based atheist group that has challenged an “IRS code that uniquely advantages religion over nonreligion.”

Gaylor said Nonbelief Relief, which has supported groups such as Doctors Without Borders and provided scholarships to a camp program for atheists, informed the IRS when it sought tax-exempt status in 2015 that it would not be filing the usual 990s that many charities submit.

“We knew that there would be consequences, most likely,” she told Religion News Service the day before the complaint was filed. “We’re just doing the same thing that churches do, and church-related groups, and they do not lose their tax exemption for not filing, so why should we?”

According to the complaint, Nonbelief Relief has donated more than $590,000 to recipients, including $4,000 toward the legal defense of an ex-Muslim atheist whose father “pressed bogus charges because she left religion.”

Gaylor said other current and pending donation recipients include people seeking to flee South Asian countries after their relatives have been killed or they have been threatened for their atheism.

“Some of their stories are very chilling,” she said. “We don’t want to see people hacked to death because they’re atheists.”

With the revocation of the tax-exempt status, donors can no longer make tax-deductible contributions to the relief organization.

“We have to start paying taxes on those donations as well, so they won’t go as far,” she said.

Gaylor predicted that the charity, which currently has about $75,000 in assets, could become defunct. 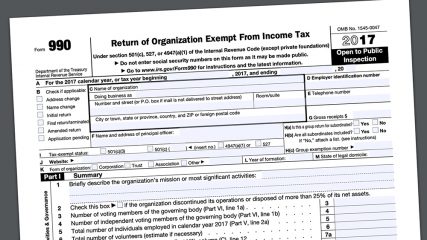 The Form 990 primarily details a nonprofit’s income and expenses. Image courtesy of the IRS

Asked if FFRF and Nonbelief Relief want all charities to not have to submit 990s, Gaylor said she believes in transparency. But she thinks there is a disparity in the required reporting of how tax-exempt money is spent.

Faith-based organizations not strictly tied to a particular church, such as World Relief, are required to file annual 990s. But churches and other houses of worship are not.

The 990 tax form details a nonprofit’s income, expenses and, in some cases, the salaries of its leaders.

Gaylor said she thinks other nonprofit groups could also sue over the disparity about who does and does not have to provide such information.

Nonbelief Relief seeks reinstatement of its tax-exempt status and an injunction on what it considers IRS preferential exemption for churches from annual information filings. That preferential treatment of religious groups is unconstitutional, the complaint claims.

The FFRF was involved in an earlier court case about its own filing of 990s but it was dismissed in 2014 due to lack of standing to sue. The organization feared sanctions if it did not continue to provide the information the IRS required.

“We could not jeopardize the Freedom from Religion Foundation’s status and our donors by failing to file the Form 990,” Gaylor said of the earlier case.

Nonbelief Relief’s board consists of Gaylor, her husband and FFRF co-president Dan Barker and three other people, including a sister-in-law.

All board members serve as volunteers and do not collect a salary, she said. 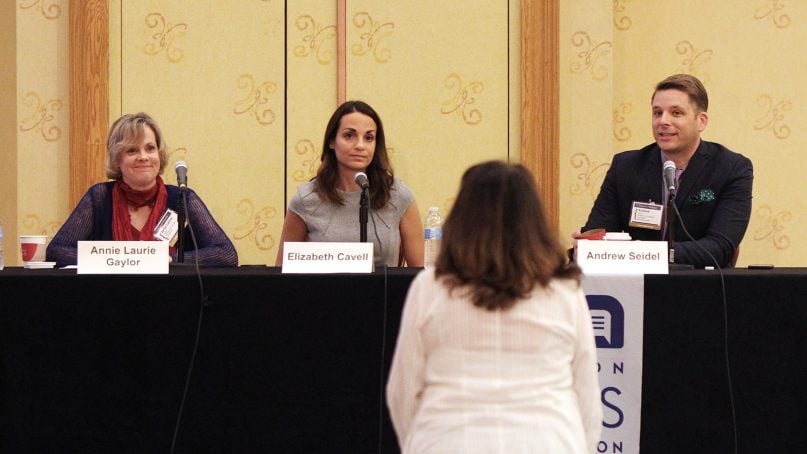 Asked why the charity opted not to provide the information to the IRS while the FFRF continues to do so, Gaylor said the judicial system put the organization in a bind.

“We felt the courts had put us in an untenable position,” she said. “We had 23,000 members/donors at that time, expecting their donations to be deductible for income-tax purposes.”

The current suit also claims that the IRS “does not enforce all of the tax-exempt requirements against churches and affiliated religious organizations,” including partisan politicking. It cited the September appearance of evangelical pastors Paula White and Terri Copeland Pearsons at a Texas church where they encouraged congregants to “vote red … without any fear that the IRS is going to take away your right to donate to this church and deduct it from your taxes.”

Another challenge by the FFRF, against tax-free housing for clergy, has been appealed to the 7th U.S. Circuit Court of Appeals.