(RNS) — Eugene Peterson, the best-selling author of “The Message” and longtime pastor praised as a “shepherd’s shepherd,” died Monday morning (Oct. 22) at age 85.

Among Peterson’s last words were, “Let’s go,” according to a statement from his family.

“During the previous days, it was apparent that he was navigating the thin and sacred space between earth and heaven,” according to his family. “We overheard him speaking to people we can only presume were welcoming him into paradise. There may have even been a time or two when he accessed his Pentecostal roots and spoke in tongues as well.”

He is best known for “The Message,” his popular paraphrase of the Bible in contemporary language that made the Bible accessible to many Christians. Altogether, he wrote more than 30 books, including his 2011 memoir “The Pastor” and the Christian classic, “A Long Obedience in the Same Direction.”

RELATED: Eugene Peterson on why he’s leaving public life and whether he fears death

“Eugene Peterson has encouraged, formed, and often literally saved the ministry of more than one pastor over the years through his writing and thinking (I would include myself in that list),” wrote Truett Seminary professor Robert Creech in an Oct. 13 Facebook post.

“He has refreshed Scripture for many through his thoughtful paraphrase of the Bible published as The Message. He has taught us to pray.” 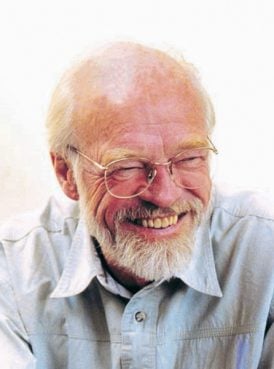 Creech encouraged prayer for Peterson and his family in that post as the author and pastor was placed in hospice care last week, facing the progression of dementia and heart failure.

Peterson was hospitalized Tuesday, Oct. 9, “when he took a sudden and dramatic turn in his health caused by an infection,” according to an email from his son Eric Peterson included in Creech’s post.

When the family shared with the author and pastor he was nearing the end of his life, Eric Peterson wrote, his father thoughtfully responded, “I feel good about that.”

He closed his email: “I’m not exactly sure what he meant by it, but one of the last things he said to me this evening was, ‘It just seems so sacred that they trust me so much.’

“Every moment in this man’s presence is sacred.”

The family statement on Monday said Peterson remained joyful and smiling in his final days.

“It feels fitting that his death came on a Monday, the day of the week he always honored as a Sabbath during his years as a pastor. After a lifetime of faithful service to the church — running the race with gusto — it is reassuring to know that Eugene has now entered into the fullness of the Kingdom of God and has been embraced by eternal Sabbath,” according to the statement.

Peterson had retreated from public life last year after publishing his final book, “As Kingfishers Catch Fire,” but not before causing some controversy with his words to former Religion News Service columnist Jonathan Merritt in one of his final interviews.

The longtime pastor told RNS at the time he would officiate a same-sex wedding if asked to do so today by a gay couple who were “Christians of good faith.” Later — after some backlash — he retracted that statement.

RELATED: Faithful to the end: An interview with Eugene Peterson

It was the messiness and ambiguity of living Christian theology as a pastor, rather than teaching it as a professor, that originally led Peterson, a scholar of biblical Greek and Hebrew, from academia to the pulpit.

After taking a part-time job at a church to make ends meet while a professor in New York City, he once told RNS he came to believe “the church is a lot more interesting than the classroom. There’s no ambiguity to Greek and Hebrew. It’s just right or wrong.”

“And in the church everything was going every which way all the time — dying, being born, divorces, kids running away. I suddenly realized that this is where I really got a sense of being involved and not just sitting on the sidelines as a spectator but being in the game,” he said.

Without that experience as a pastor, he wouldn’t have been able to write “The Message,” he said. It took several requests from publishers to get him to agree to write the paraphrase and 12 years to complete it.

Even after it was finished, he said, he never felt like “The Message” was “my book.” Translating the words of the prophet Isaiah or the prolific Epistle writer Paul into the idioms of his congregation, he said, “I was just pleased I was able to get into their life and do it in my way.” 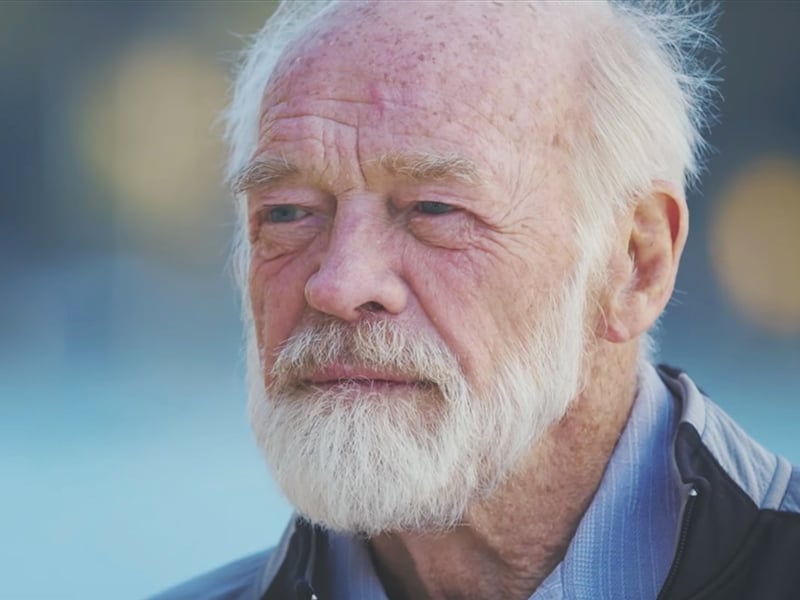 While some took issue with the paraphrase of Christian Scriptures, “The Message” has been praised by many — from laypeople who struggle to understand the language of the Bible to U2 frontman Bono, who said it “speaks to me in my own language.” The two appeared together in a 2016 video for Fuller Theological Seminary’s Fuller Studio.

David Taylor, assistant professor of theology and culture at Fuller and director of its Brehm Texas initiative, grew to know Peterson first through his writing and later as a professor and friend. Peterson’s classes were filled with times of singing long, theologically dense hymns and silent prayer, Taylor said in an email to RNS.

“At the start of the term, it only irritated me to waste so much time singing. I was anxious for him to get on with his lecture notes. But for him, the silence, the praying, the singing, the listening, the waiting, the being present were the teaching,” he said.

Peterson connected with readers because he made the biblical text come alive, according to his friend.

His life’s goal was to “change the pastoral imagination of pastors today,” to urge them “to slow down and to be present to their lives” so that they could help their congregations do the same, he said.

And for those who knew and loved him, Taylor said, “It’s his joy that will remain the gift that shapes me most deeply.”

“Even now, as I read the news of his passing, I find myself weeping, not just with sadness, but with joy, because I know that his joy is being made full and he would want us to share in it, too.”

With the publication of his final book last year, Peterson said, he felt a sense of completion.

“I think I’ve pretty much mined everything I’ve learned and made art out of it,” he told RNS at the time.

He wasn’t afraid to die, he said, simply curious. As a pastor, he’d spent time with many people as they were dying, and their conversations were some of the best he remembered having in his lifetime.

“We do know what’s going to happen, those of us who believe in the Trinity. For us, there’s something quite … I don’t want to use the word ‘miraculous’ in a sloppy way,” he said. “But there are people who die well, and I want to be one.”