(RNS) — The story of the 2018 midterms for me came not on Election Day but at a Republican campaign rally in Missouri Monday night (Nov. 5), when President Trump’s speech was interrupted by medics tending to a supporter who had collapsed. Bystanders launched into “Amazing Grace,” and soon a wide swath of the crowd was solemnly singing what is easily the most recognizable and well-loved hymn in English-speaking Christianity.

The camera, though, stayed on Trump, who was forced to stop speaking. I leaned in, studying the president as he wandered awkwardly around the stage, pointing to the singing crowd like the showman he is. I watched his lips for a glimpse of Trump in song. Then I realized: He could not join in singing because he does not know the words to the hymn.

This campaign-trail vignette illustrates the great irony of evangelical Trumpism. Supporters tolerate and even cheer his white-nationalist appeals, and they ignore the rampant corruption and criminality in his administration, while rarely taking account of how his appeals to fear and division trample the grace found in the gospel.

According to exit polls, about 75 percent of white evangelicals voted Republican in 2018.

This is down five to six points from 2016, and the shift is significant. But it hardly represents an evangelical rebuke of Trump, whose bombast, race-baiting and frequent lies should alarm people who value character and integrity.

Even though their share of the population has dropped from 20 percent in 2012 to 15 percent today, white evangelicals are voting in large enough numbers that their share of the electorate remains steady, at about a quarter of voters.

This means white evangelicals are becoming even more motivated to vote, though they are not coming out to rebuke Trumpism. Indeed, their overrepresentation in the electorate may indicate that they are activated by the president.

Meanwhile, professed Christian politicians, such as Missouri’s Sen.-elect Josh Hawley, owe their high office to the president’s support even as they squander their own integrity and evangelical bona fides by refusing to distance themselves from his obnoxious and egregiously un-Christian behavior.

In any sane, normal world, evangelicals like Hawley and his voters would be appalled by Trumpism. Yet in 2018 they embrace him without consequence, because what little institutional or elite evangelical resistance to Trump that existed in 2016 has almost completely evaporated. With the passage of time, even principled white evangelicals have lost their appetite for resisting Trumpism. 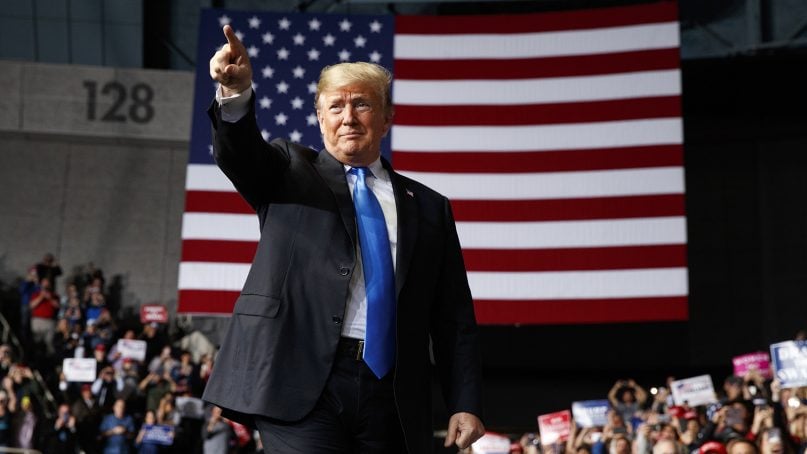 White evangelical Trump skepticism has collapsed. While a vocal minority of evangelical faith leaders once spoke out firmly against a politician whose life embodies so many unacceptable attitudes and behaviors, those voices have now gone silent.

This is a dangerous equation for the religious right, which once justified its alignment with the GOP by saying it could dictate social policy because of the votes it could marshal at election time. But now conservative Christians depend on Trump, not the other way around. Democrats may control the House, but the Republican caucus is even more dominated by Trump disciples as many decent GOP members retired or lost their re-election bids.

Across Capitol Hill, the Senate is now another Trump property. The president believes, with good reason, that the new crop of Republican senators owes its election to his strong support. Even the evangelical senators who occasionally challenge the president’s worst excesses (though always through speeches, never their votes) look as weak and irrelevant as ever.

The word “evangelical” comes from the Greek New Testament. It means “good news,” in reference to the gospel of Jesus Christ. Evangelicals at their best are a religious revival movement, not a voting bloc. True Christians would never abide the race-baiting, lying, dehumanizing rhetoric that Trump spews daily.

The “good news” for Trump is that they just don’t care.

News
The activist behind opposition to the separation of church and state
Follow us on Facebook!
Submit your photos to RNS