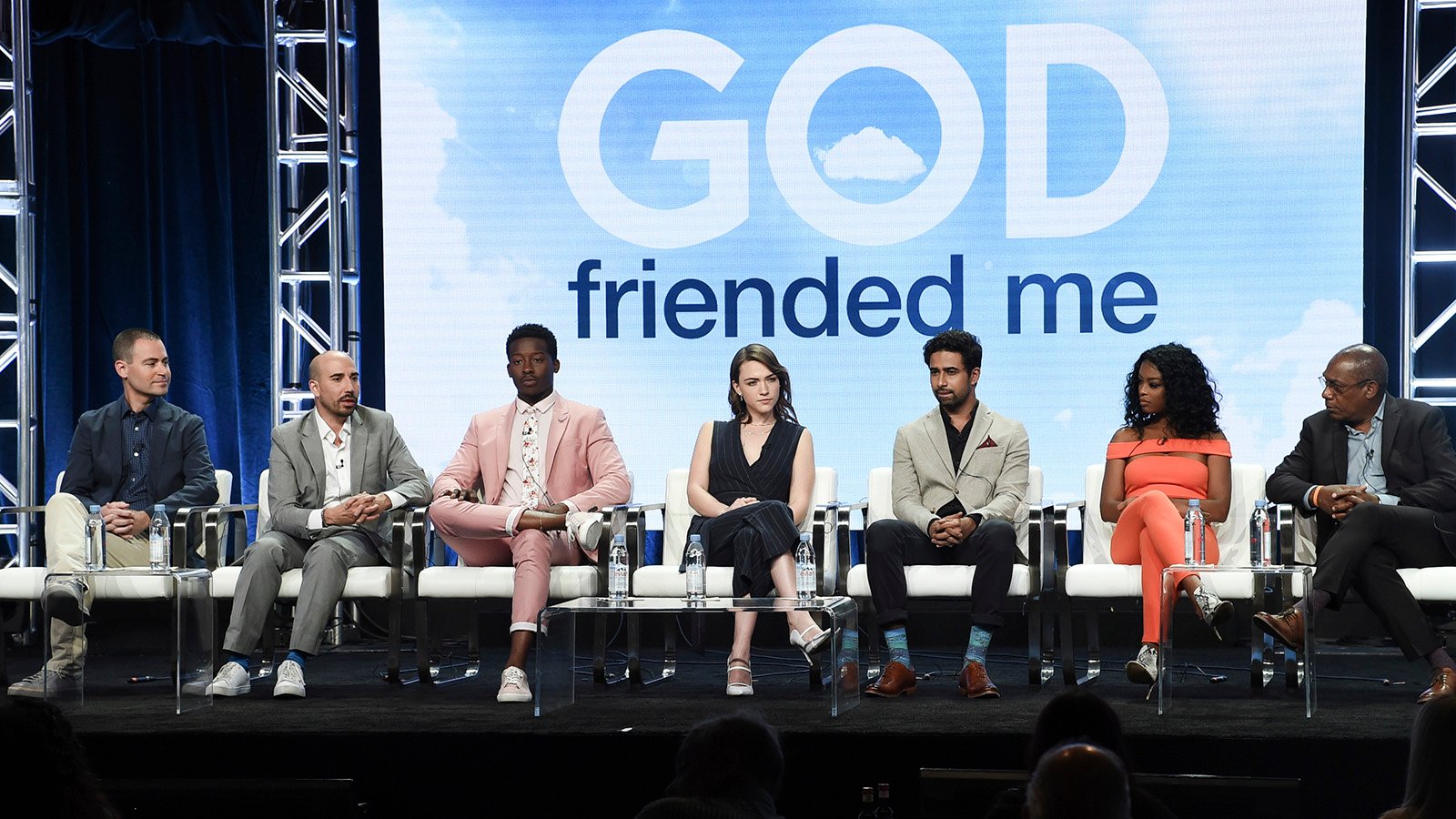 (RNS) — When the creators of CBS’s new, surprise hit TV show “God Friended Me” set out to create a series with religious ideas at its center, they wanted to bring something innovative to the genre: Doubt.

It’s a theme that the handful of earlier successful faith-based shows hadn’t tried. “‘Highway to Heaven’ is a touchstone for many of us who grew up in that generation,” Bryan Wynbrandt, the co-executive producer of “God Friended Me,” told Religion News Service late last month. “But as storytellers, as adults, it just didn’t interest us to tell a story that says there is 100 percent [for certain] a God.”

“God Friended Me” follows the adventures of the atheist son of an Episcopal priest who’s dispatched to intervene in the lives of New York City strangers by a mysterious Facebook user named “God.” It was inspired by the two showrunners’ real-life friendship of nearly 20 years.

Lilien, 40, and Wynbrandt, 41, have been friends since shortly after both arrived in Los Angeles fresh out of college to launch careers in the entertainment industry.

Both were reared in Jewish families, but as adults the trajectories of their spiritual journeys diverged.

Lilien remains a believer, connected to his Jewish faith, while Wynbrandt, who married his college sweetheart — a cradle Catholic — has arrived at an agnostic or atheist place.

“I never really felt a connection, but I went through the paces,” said Wynbrandt of his traditional Jewish upbringing in Ohio, complete with a bar mitzvah. But as he learned more about his wife’s Catholicism and she learned more about Judaism, he began to question the idea that any one religion had a corner on truth.

“When you fall in love with someone who’s outside of that, love trumps that, and you also start seeing both sides and realizing that, for me, they’re the same,” he said.

“Maybe we’re all just here and there isn’t some divine creator and our experiences in life and with each other — that’s the true north of humanity and our existence,” said Wynbrandt.

When Lilien was 20 years old, his father died unexpectedly — a trauma that drove him to embrace his faith even more deeply.

“It’s one of those defining moments,” Lilien said. “You can see how the death of a loved one could send someone in two different directions, either toward or away from faith. For me, it brought me closer.” 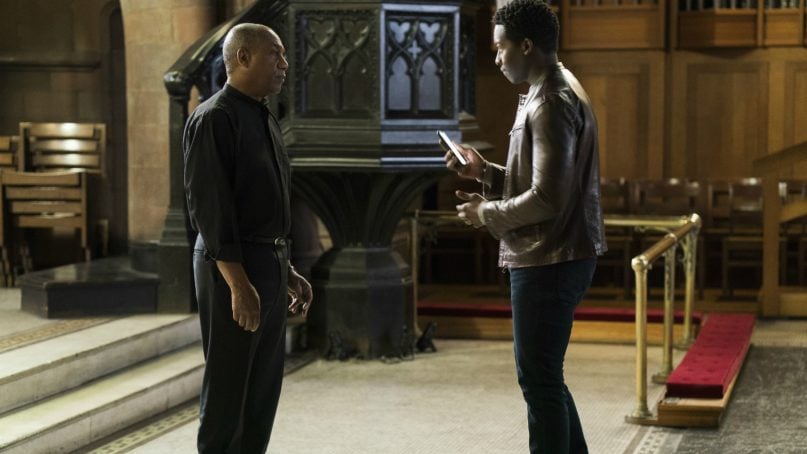 Not coincidentally, perhaps, the lead character of “God Friended Me,” Miles Finer (Brandon Micheal Hall), loses his faith after he loses his mother to cancer. That loss — of life and faith — fuels the conflict between Miles and his Episcopal priest father, the Rev. Arthur Finer, played with great warmth and pathos by veteran actor Joe Morton.

Lilien and Wynbrandt said they chose the Episcopal Church as the institutional religious setting for the show because of its “openness” on pressing social issues such as LGBTQ — on the show, the priest's daughter, Ali (Javicia Leslie), is a lesbian — and friendly interactions with other religions.

The Episcopal Church “is a little bit more acceptable to people outside of the faith, and that was sort of our approach — as a way of examining all faiths,” Wynbrandt said.

(Their choice turned out to be well-timed: According to the showrunners, Morgan based his portrayal of the elder Finer on Bishop Michael Curry, head of the Episcopal Church in the United States, after watching him deliver the homily at the royal wedding of Prince Harry and Meghan Markle earlier this year.)

Much like Miles, the character he created, Lilien says his life would have unfolded differently had it not been for the tragedy of his parent’s death.

“Things happened in my life that maybe would never have happened if it wasn’t for that horrible moment, that tragedy,” he said. “I moved to Los Angeles, which I never would have done, and I met my wife and I had my kids.… Always look for that silver lining: That was my road. It’s a little bit different than Bryan, but it gave us two really different viewpoints on the subject matter.” 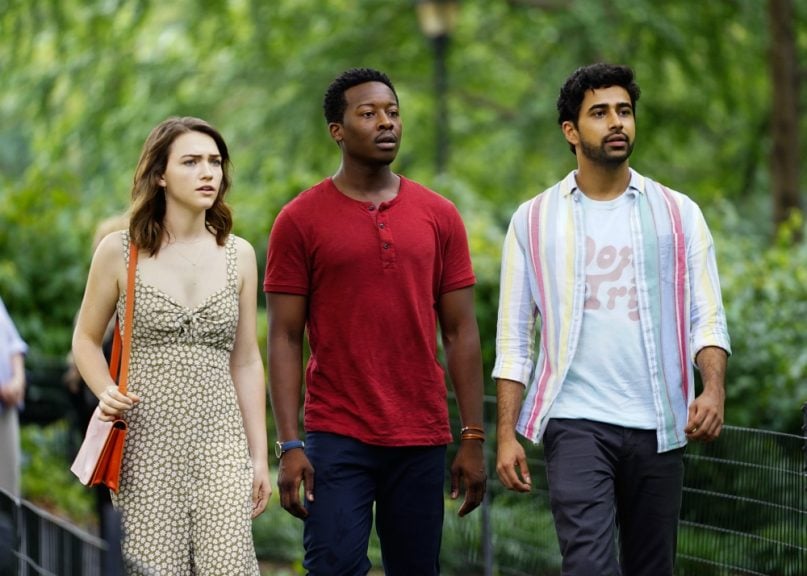 Their divergent beliefs led to years of deep conversations about all things spiritual and existential. “We would talk about that stuff a lot — ‘What happens after you die?’ and all those things that belief plays a role in,” Wynbrandt recalled.

A recurring theme in their friendship (and on the show) is whether so-called coincidences are simply that — coincidences — or perhaps evidence of Providence or some other kind of divine hand at work in the world.

That includes the moment of intuition Wynbrandt had that resulted in their meeting 18 years ago. Wynbrandt had applied for a job at Imagine Entertainment that Lilien had just been promoted out of. On the way to the interview, Wynbrandt got terribly lost. By the time he found Imagine’s offices, he was an hour late.

“I remember being in the car and making the decision, like, ‘OK. I can just turn around and forget it because I’m an hour late and who’s going to hire me anyway?’ And then I remember distinctly being like, ‘You know what? I’m just gonna do it.’ … Lo and behold, I got the job, met Steven, and we hit it off right away.”

The two went on to collaborate on several TV series, including “Kyle XY,” “Gotham” and “Alcatraz.”

Then, seven years ago, while driving to Lilien’s house, Wynbrandt had what he describes as an epiphany. “I got a push notification on my phone from Facebook … for a new friend suggestion, and I just thought to myself, ‘What if God or something calling themselves God started sending you friend suggestions?’”

The rest is certainly history; the showrunners and friends might call it Providence.

What’s certain is that the show’s complicated, nuanced and sometimes messy exploration of religion and the nature of faith has found an audience — and it is robust. CBS recently ordered a full season of the show, which has drawn an impressive average of 8.5 million viewers for each of its first six episodes.

“The show really is about facing each other and humanity and connections,” Lilien said.

Will the audience eventually learn whether the source behind the Facebook “God” account is human or divine or something in between?

“You don’t know if it’s God or an A.I. [artificial intelligence] computing the outcome of events, or maybe God is an A.I. machine,” Wynbrandt said. “That question is a metaphor for the question for all of us: Is there really a God or is there not? Is there really someone behind the God account or is it, as you say, divine? Keep watching and we definitely start to peel back the layers of that.”

“We always say, present a great argument, but we need to hear the other side of it as well,” said Lilien. “And that’s sort of our relationship.”