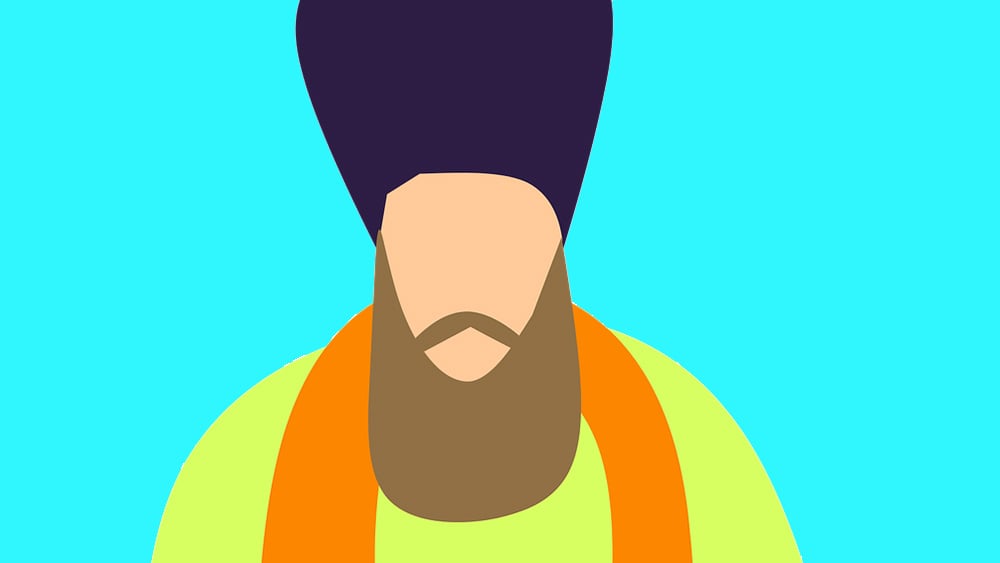 Hair, including beards, has a lot of significance for Sikhs. Image courtesy of Creative Commons
November 19, 2018
Simran Jeet Singh

(RNS) — Whenever I have imagined having an accident on my bicycle — you don't ride in New York City regularly without constant visualizations — I thought I would have more control. But as I actually found myself flying over my handlebars a couple of weeks ago, I hardly had time to brace, much less land with any forethought.

My hands stuck straight out and took most of the initial impact, which immediately radiated through my right arm, fracturing it near the elbow. As I skidded, thankfully away from traffic, my chin dragged on the road as well.

With the help of a good Samaritan named Victor, I finally got to my feet. That was when I noticed the blood dripping from my face. It took us a few moments to determine its source: an opening on my chin, somewhere under my beard. Victor couldn’t see it well and neither could I. But as it didn’t seem to be bleeding too badly, I washed myself up in a Starbucks bathroom, walked over to the subway and made my way to my office.

The bleeding hadn’t slowed by the time I got to my office, and in the bathroom I still wasn't able to see the damage as it was completely covered by my beard. I applied pressure with wet paper towels, trying to will my body to close up the wound. Two hours later it was still bleeding, and although my arm was starting to hurt, I still had not accepted that I needed to go to the emergency room.

Aside from an aversion to medical care and a general disposition toward minimizing my needs, a large part of my calculus was that at the hospital they might ask to shave part of my beard. I found myself avoiding the emergency room because I didn’t want to be asked to choose between my faith and my health.

Hair has a lot of significance for Sikhs. There are diverse interpretations for Sikhs as to why it’s important to them. Some describe it as a way of respecting how God made us originally; others speak to the power of hair through examples in sacred literature; and others still speak to its metaphysical capabilities.

For me and for many of my Sikh sisters and brothers, it’s less a logical explanation than a matter of love. Our hair is a gift from our Guru, and therefore we cherish it. It represents to us a loving relationship, one that is unconditional and uncompromising and unapologetic. This is why it’s so hard for me, and for so many of us, to simply let it go, even in moments of difficulty. For me, this relationship of love is far more permanent than my own health or this physical body. 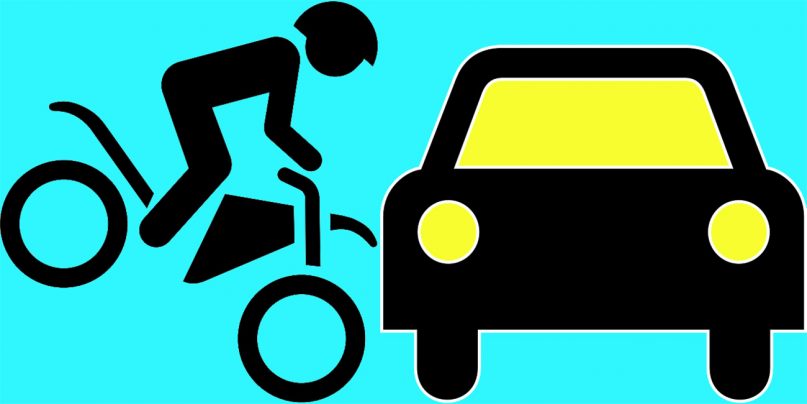 An illustration of a bicycle accident. Image courtesy of Creative Commons

Sikh memory is a guide here as well. There are countless stories of devout Sikhs who, amid persecution, have been forced to choose between their physical lives or renouncing their faith. This choice was often presented as either cutting a Sikh’s hair or torture and execution.

When so many Sikhs have given up so much in order to honor their own identities, it’s hard for me to imagine cutting my beard for something so trivial as a split chin.

A moment for an obvious insight: Not all Sikhs practice their faith in the same way or have the same relationship with their hair. When life gets hairy (sorry!), people make different decisions. I know Sikhs who have trimmed their beards to get the medical attention they needed. I know some who have opted out of treatments for cancer because of how chemotherapy would affect their hair. I can respect and understand both sides.

My own response, once I'd admitted that I was not going to get the bleeding to stop on my own, was to begin searching online for the possibility of sutures without hair removal. I met with futility. Next I turned to social media. “Question for medical folks: Can doctors do stitches underneath facial hair without removing any of it? Cutting or shaving my beard isn't an option. Appreciate any guidance!”

After receiving positive feedback from a variety of folks in the medical field (including my own wife, a physician, who happened to be at a conference across the country), I reluctantly decided to go to the hospital.

Medically, the story ends a bit anticlimactically. The doctors were able to set my arm and stop the bleeding in my chin without a single stitch. But what I got out of my flight over the handlebars was more interesting. It brought to the fore an issue with which I haven’t dealt before — a tension between religious practice and physical health. What would I have done if the injury had been more serious? What about other medical situations that might compromise a Sikh’s hair?

Thankfully, I had not faced these questions in a case of life or death, or faced with religious persecution. God willing, I remain healthy forever, but I’m grateful for the opportunity to reflect on it all before the decision is more complicated.