(RNS) — George H.W. Bush was not one to wear his religion on his sleeve. But to gain the Republican presidential nomination, he felt he had to.

A New England Episcopalian, Bush was raised listening to his devout mother read from the Book of Common Prayer. Like other upper-class class WASPs raised in the mid-20th century, he was a regular churchgoer.

Faith was important in his personal life. But beyond checking the appropriate denominational box and invoking the Deity on the appropriate ceremonial occasions, Bush did not make his religion part of his political life.

Eight years earlier, Ronald Reagan had consummated the alliance between the Republican Party and conservative white evangelicals. Motivated by the cultural shifts of the day, voters of the so-called religious right put their support behind a GOP that was willing to embrace their concerns about women’s liberation, gay rights and abortion. Now, religion was a force to be reckoned with in the party.

To become its standard bearer, Vice President Bush was going to have to elbow his way ahead of two rivals who held greater appeal for white evangelicals: New York congressman Jack Kemp and Christian broadcaster Pat Robertson. Not long after the election, I found out how he did it from Doug Wead, who worked on the campaign’s religious outreach effort.

The Bush people considered Kemp to be the real threat. A staunch economic and social conservative, he could easily finish second in the Iowa caucuses behind Sen. Bob Dole of nearby Kansas. So, under the guidance of campaign manager Lee Atwater, the Bush team subtly pushed Robertson forward.

The technique of the Robertson campaign was to make caucus attendance a church activity. Tables would be set up for congregants to sign on to caucus for Robertson, and when the day came they showed up en masse. Indeed, the strategy worked so well that it propelled Robertson to a second-place finish ahead not only of Kemp but also of Bush himself. 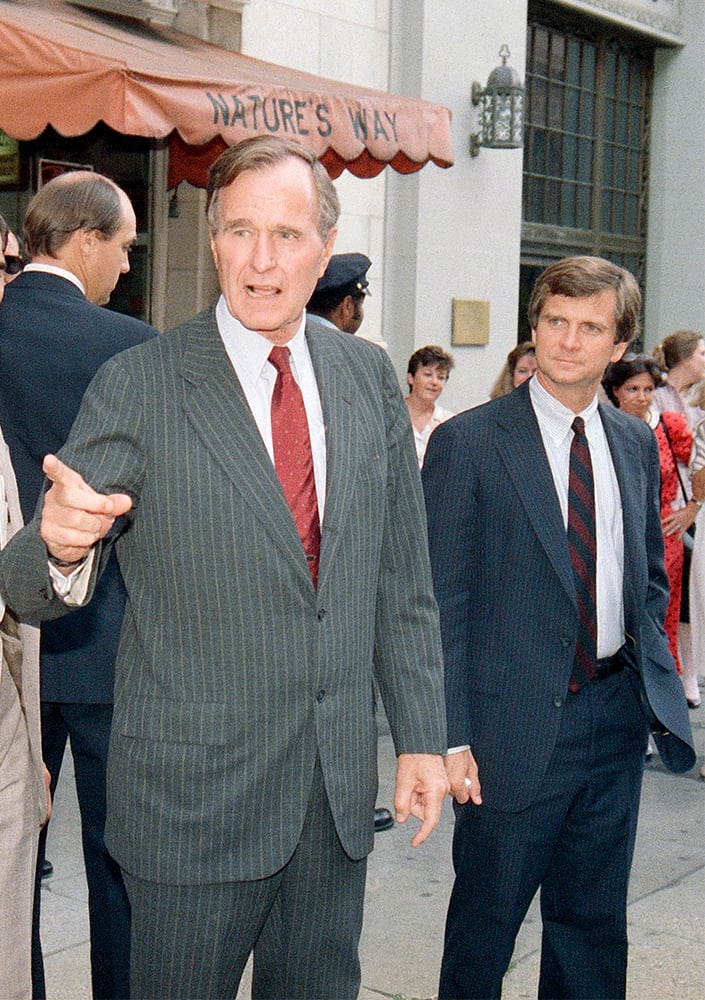 Bush succeeded in recovering from the shock by taking the New Hampshire primary, but the Southern Super Tuesday primaries, where Robertson was expected to do very well, were just around the corner.

No problem. Methodically, his people had taken Bush to call on leading Southern pastors, whom the transplanted Yankee convinced that yes, he too was a Christian who had been born again. Meanwhile, when the tables for Robertson began to go up in churches across Dixie, prominent congregants would go to the pastors and ask to set up their own tables for Bush. In church after church, the decision was made to not do tables and risk splitting the congregation politically.

Bush swept Super Tuesday, effectively putting an end to the Robertson and Kemp campaigns. And he went on to a landslide victory over the secular liberal Democratic candidate, Massachusetts Gov. Michael Dukakis.

As president, however, Bush did little for the religious folks he had assiduously courted. In 1992, he drew a strong primary challenge from former GOP presidential aide Pat Buchanan, who ran on a right-wing populist platform of opposition to abortion, gay rights, multiculturalism and immigration.

That Bush had never won the hearts and minds of social conservatives became clear in the general election, in which the triumphant Southern Baptist governor of Arkansas, Bill Clinton, won a clutch of Southern states. It would fall to Bush’s more plausibly born-again son George W. to establish a firm hold on the white evangelical vote.