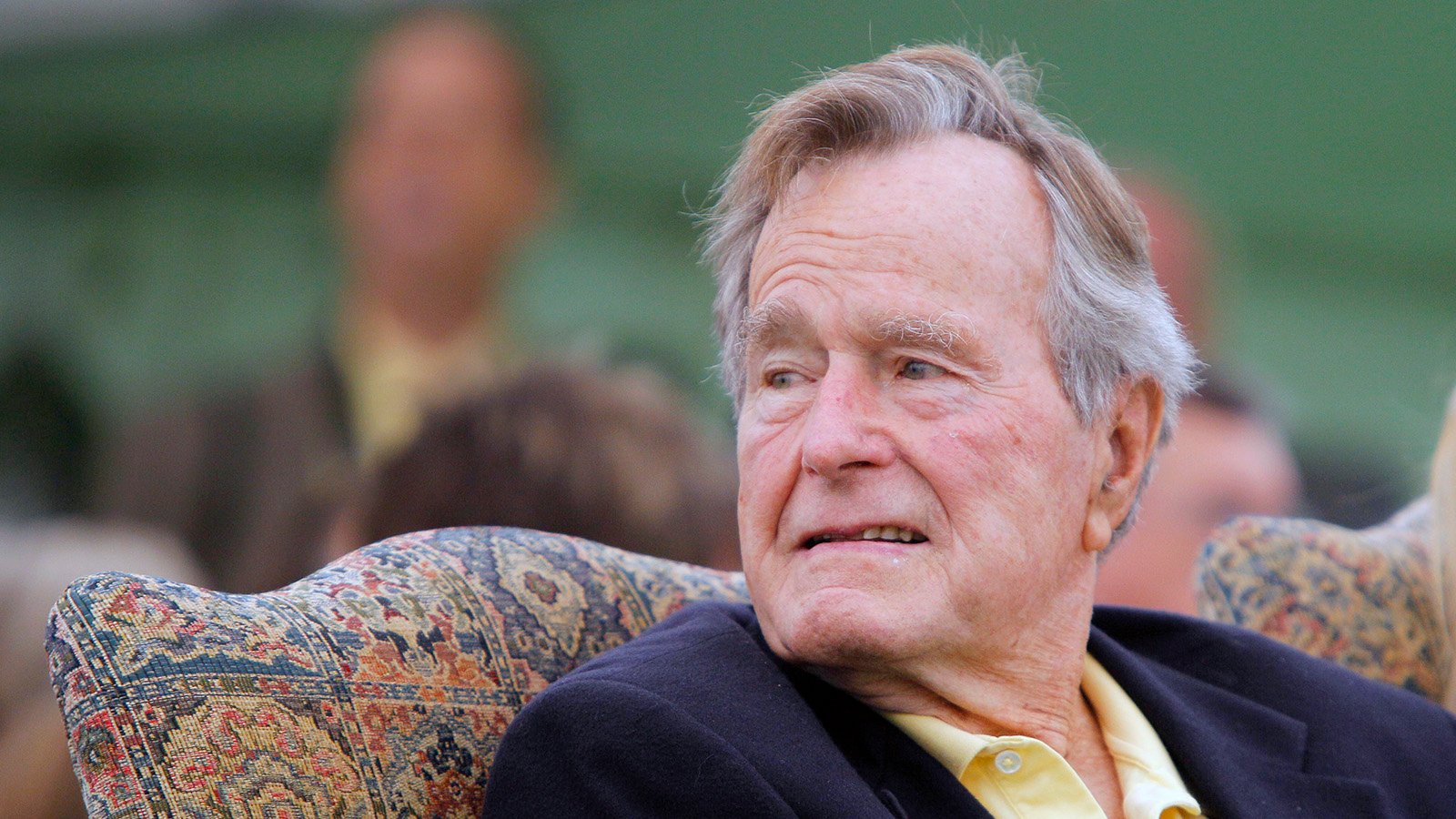 I disagreed with major aspects of George Bush's presidency.

I did not admire his political career.

Neither did I admire the way he assessed the U.S.-Israel connection.

It was in 1991, when hundreds of AIPAC members lobbied for $10 million in loan guarantees for Israel — to help build new housing for the wave of Jewish immigrants from the former Soviet Union.

Bush did not want the money to be used for homes in Jewish settlements in Gaza or the West Bank.

“I heard today there was something like 1,000 lobbyists on the Hill working on the other side of the question. We’ve got one lonely little guy down here doing it,” he told reporters.

(Sidebar: for all those who believe that former President Obama was uniquely hostile to Israel, I submit Bush's remark as testimony to the fact that the U.S.-Israel has often been complicated).

But, that being said: I did admire his life.

Not all of it, mind you. There were accusations against him — groping women.

But I liked his soft, homespun manner which belied his New England aristocratic roots.

I admired his sense of humor — the way he chose not to take himself seriously, and played along with Dana Carvey's SNL caricatures of him, and the way that he even befriended the comedian.

I admired his utter grace in turning the White House over to Bill Clinton. The letter that he wrote to Clinton will go down in history as a testimony to George H.W. Bush's sheer humanity -- one might even say menschlicheit.

At the end of the day — at the end of his life's days — like all of us, and like every character in the Bible, George Bush was a mixed bag.

To quote Shakespeare in Macbeth, speaking of the death of the Thane of Cawdor: "Nothing in his life became him like the leaving it."

First, in his final days, Bush was aware enough to receive the love and tenderness of his entire family. They were either there in person for him, or there long distance.

Whatever else you might think or have thought of his son, President George W. Bush, there is nothing quite as poignant as a 72-year-old man telling his dying 94-year-old father that he was a wonderful dad, and hearing his father's last words to him: "I love you, too."

I want to die that way.

Second, on the final day of his life, Bush welcomed his old friend and former secretary of state, James A. Baker III.

“Where are we going, Bake?” he asked.

I want to die with that kind of faith as well.

That kind of faith is native to Judaism.

Much of the Hebrew Bible is relatively silent on what happens after you die. It says that the dead go to a shadowy place called Sheol, the pit, where nothing happens.

In the late biblical book of Daniel, written under the influence of the Maccabean revolution and martyrdom, we find the beginning of the idea of immortality. "Many of those that sleep in the dust will awaken. And the knowledgeable will be radiant like the bright expanse of the sky, and those who have led the many to righteousness will be like the stars forever and ever."

It served as a way of saying to the wives and mothers and sisters of the men who died fighting the Syrians: "Your loved ones did not die in vain. Their deaths had meaning."

It was probably the most profound revolution in religious thinking — a revolution that would spread to Christianity and to Islam: That the soul goes on forever, that there is something called the olam ha-ba, the world to come. Sometimes that world is called Gan Eden: The vision of the soul living on in the primordial Garden of Eden which exists on high.

"El Male Rachamim, O God of Compassion, let the soul of our beloved rest tachat kanfei ha-shechina, beneath the wings of the Indwelling Feminine Presence of God, along with all the other pure ones and righteous ones in the Garden of Eden."

Or, if you will, heaven. Bush expected that there he would he would be reunited with his beloved Barbara, and their 3-year-old daughter, Robin, who died of childhood leukemia.

But, if I could have anything of the life of George Bush, I want to approach my final days of life as he did —  with my loved ones surrounding me.

And with the natively Jewish faith that something of me will go on forever.

Bush said this of his life: “I think history will … point out the things I got wrong, and perhaps some of the things we did right.”

We should all be so lucky.

May the memory of George Herbert Walker Bush shine in the heavens, like the stars at night.

And right about now, I am hoping that he, Barbara, and Robin are sailing on the seas of the supernal Kennebunkport.