WASHINGTON (RNS) — Prisons in America are usually out of sight and out of mind.

But this week, the hopes and dreams of some 180,000 men and women serving sentences in federal prisons are in the national spotlight. After years of delays, the U.S. Senate is preparing to vote on the First Step Act, a justice reform bill already passed by the House of Representatives in May. It’s the most significant federal criminal justice reform effort in a generation.

“They are praying for it,” said Alice Johnson, who served two decades for a nonviolent drug crime before President Trump commuted her sentence earlier this year. She captured America’s heart as she ran into the arms of her family on the day of her release from a federal prison in Alabama.

Many prisoners like Alice Johnson and their families pray for brighter futures, productive careers, freedom from addiction and reunification with their loved ones. Unfortunately, the federal Bureau of Prisons, the nation’s largest correctional system, offers them few opportunities to work toward those goals.

The current rules and treatment of prisoners in the federal justice system are an affront to the dignity of men and women made in the image of God. Reform is overdue.

The problems with our federal justice system extend from overcrowded prisons to a lack of rehabilitative programming and support for those re-entering society.

These problems are not new. What’s new is the unprecedented willpower exhibited by so many members of both parties in Congress in response to a diverse coalition of faith-based organizations, law enforcement, conservative groups and progressives.

Respecting the dignity of men and women made in the image of God means holding people accountable with sentences that are proportional to their crimes. Men and women should not be languishing in prison years longer than necessary. 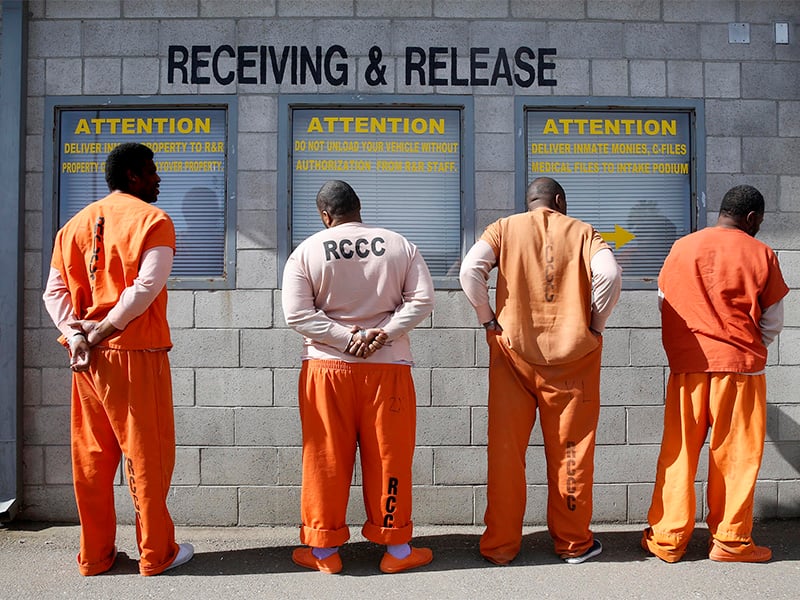 The First Step Act would begin to address sentencing inequities. The growing movement to re-evaluate sentence structures has already been proven to yield success in many states. After passing similar reforms, for instance, Texas experienced significant reductions in crime while avoiding the construction of prisons that would have cost taxpayers more than $2 billion.

The First Step Act would also help restore hope to families like Alice Johnson’s. One in 28 children (1 in 9 among African-Americans) have a parent in prison; they are some of the most at-risk boys and girls in the country. Families of federal prisoners are especially likely to be separated from their loved ones by hundreds of miles — some fathers convicted in Michigan do time in Florida. The First Step Act would allow prisoners to earn increased phone and visitation privileges and the right to request a transfer to a facility closer to their loved ones.

The great hope is, of course, that incarcerated people will use their sentences to pursue significant changes in their lives, make amends for their wrongdoing and earn back the public’s trust. It makes sense, then, for prisoners to have access to as many transformative resources as possible — spiritual, educational and vocational.

Yet right now, few such resources are available. By the Bureau of Prisons’ own estimate, the wait list for a basic literacy course is 16,000 names long. Perhaps unsurprisingly, the recidivism rate for federal prisoners is 49 percent — a failure rate of 1 in 2.

The First Step Act would increase opportunities for faith-based and nonprofit groups to provide programs that reduce recidivism.

Without hope, opportunities or tools, many prisoners fail to make needed changes, and when they are thrown back into the same life circumstances, they soon return to crime. When they feel connected to God and to their communities, when they have overcome addiction, gained new skills and made a plan for success, they have much a much greater chance of living up to their potential.

That’s why the First Step Act makes addiction help available to all prisoners, no matter their criminal history or risk level. Likewise, every person in federal prison will be offered incentives to participate in programs proven to improve their success rates.

Prisoners who test at low risk for recidivism can use time credits earned through program completion to move, pre-release, to a residential re-entry center or home confinement.

This last point has been a sticking point for those who oppose the legislation. Conservatives call this “early release for violent criminals,” while progressives raise red flags about privacy concerns, as the pre-release programs would expand the use of electronic monitoring for some individuals.

The conservatives’ objections are implausible, while those from the left downplay public safety. Pre-release custody would be available only to those who show a low risk of recidivism, and those who qualify will be well supervised. The gradual transition from prison to a halfway house or other pre-release custody before complete release is a known best practice.

And while we should be vigilant about the unintended consequences of electronic monitoring and seek to reduce supervision levels where appropriate, we must balance this with public safety concerns. The option of transitioning through home confinement — even less restrictive than the status quo — will be expanded under this bill.

The passage of the First Step Act would be just that — a first step on the road to a more just correctional system. It would not mean that our work is finished. The scriptural mandate to remember those in prison (Hebrews 13:3) is an ongoing calling, not a one-time duty. An overwhelming bipartisan vote, we hope, will pave the way for more values-based reforms in the future.

Yet neither should we downplay the significance of this legislation. It would bring substantive change to people now incarcerated in federal prison and those sentenced for years to come. By advancing the First Step Act to the president’s desk, members of Congress would finally show they’re ready to learn from the past and choose a more restorative path forward.

We’re very close to seeing this bill through, but advocates of criminal justice reform have gotten close too many times before, only to start from scratch during the next legislative session. In my role at Prison Fellowship, I have fought for some version of this bill more than five years.

I can only imagine the frustration of those behind bars and their loved ones every time their hopes are dashed by a lack of political will to do the right thing. Policymakers in Washington have a historic chance to bring greater justice, safety and hope to America in time for the new year.