SAO PAULO, Brazil (RNS) — The nominees for cabinet of Brazil’s new president-elect, Jair Bolsonaro, are often cited to explain his stunning victory at the polls in October: More than a third of his future secretaries are either active or retired members of the armed forces, with the rest divided between free-market economists and ultraconservative Lutheran, Catholic and evangelical Christian politicians.

This group tracks with the story told in the press since Bolsonaro, a retired army captain and a right-winger who ran on a socially conservative platform, won Brazil’s presidency last month: He sewed together a coalition of neoliberal politicians and former and current military rightists, but was pushed over the edge by the loyalty of the Christian right.

To many, Bolsonaro’s support from evangelicals — not to mention his unbridled opinions and hard-right views — has made him the Trump of South America.

But Bolsonaro’s victory cannot be easily summed up by the political divisions familiar to either Americans or Brazilians, political experts here say. In the rush to explain Bolsonaro’s emergence from the backbenches of the Brazilian congress to the country’s presidency, the comparisons with Trump can be misleading. The American president won with the help of a well-established evangelical constituency that ignored his moral failings; Bolsanaro created his Christian voting bloc by campaigning against a liberal moral drift.

Between the end of the 1980s and the beginning of the 1990s, Bolsonaro went from an undisciplined middle-ranking officer — whose only fame came when he tried to organize a barracks campaign to raise wages — to a congressman known mostly for his bizarre defense of Brazil’s repressive military dictatorship that ended in the mid-1980s.

If Bolsonaro attached his name to few new laws, he was not shy about granting interviews, in which he often made headlines.

“This country will change only when we fulfill the task that the military regime has not completed, [which is] killing about 30,000 people,” he said in a TV interview in 1999, adding in the same conversation, “I’m favorable to torture, you know that.”

If there was a turning point in his previously insubstantial political career, it came in 2014, when center-left president Dilma Rousseff was re-elected by a narrow margin, spelling another four years in power for the Workers’ Party, or Partido dos Trabalhadores (PT) in Portuguese. 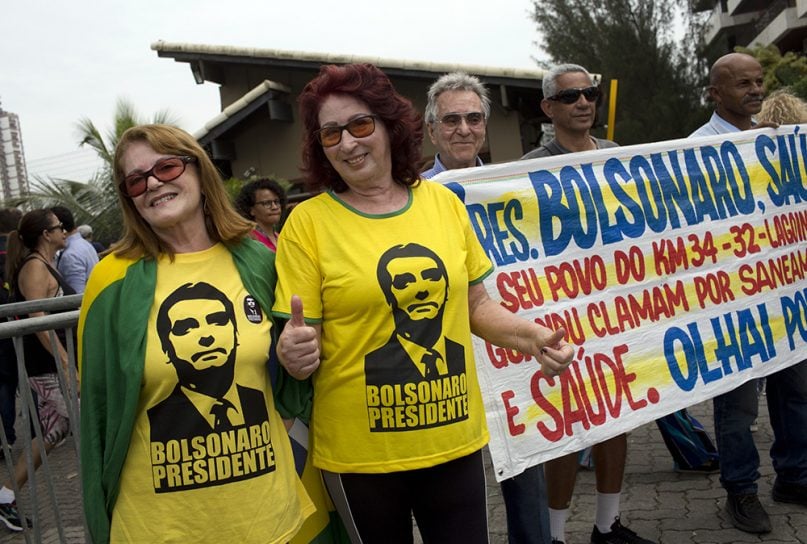 Supporters of Jair Bolsonaro, president-elect of Brazil, wear T-shirts with his image while rallying outside his home, where he is holding meetings, in Rio de Janeiro, Brazil, on Nov. 1, 2018. Bolsonaro takes office on Jan. 1, 2019. (AP Photo/Silvia Izquierdo)

As Brazil’s economy started to deteriorate that year, his opposition to Rousseff grew stronger. “The welfare model proposed by former president Lula da Silva and continued with Dilma was exhausted,” said Jung Mo Sung, a Roman Catholic lay theologian and a professor at the Methodist University of Sao Paulo. “The elite understood it was the moment to distance itself from PT and join the conservatives.”

Bolsonaro’s rhetoric assumed a Cold War tone, in an effort to congregate all social criticism against PT under the umbrella of “communism.”

In 2016, Rousseff was ousted from the presidency by the federal legislature, accused of manipulating the government budget. His way to the presidency now open, Bolsonaro rallied his allies by declaring himself the protector of the Brazilian family.

That same year, Bolsonaro, a Roman Catholic, joined a group of evangelicals on a trip to Israel and agreed to be baptized by a neo-Pentecostal pastor in the waters of the Jordan River. The move caught the eye of an expanding conservative Christian constituency back home.

So did his chief line of attack against PT politicians, whom he blamed for the “moral decay” of Brazilian youth, focusing on the school system’s sexual orientation classes for teens and the teaching of gender “ideology” — a set of educational topics related to human sexual diversity and identities.

The PT had inherited this sex-education curriculum when it took control of the presidency in 2003. But in 2011 the administration produced a new textbook and audiovisual material called “School without Homophobia” aimed at raising awareness about sexual diversity issues.

Rousseff ended up vetoing the curriculum, but in the recent campaign her secretary of education, Fernando Haddad, was PT’s candidate for president, giving Bolsonaro the opportunity to campaign against it anyway. Arguing that “the communists want to convert children to homosexuality,” he called it “the gay kit.” Haddad became the “gay kit candidate.”

There’s no question that this kind of talk energized evangelicals and other right-leaning Christians who felt disenfranchised under PT. “LGBTQ activists apparently cast off any idea of democratic coexistence,” said Luiz Sayão, a prominent pastor and biblical scholar. “They think their opinions must be transformed into state policies and the rest of us should keep quiet.”

Asked why evangelicals aligned with Bolsonaro, Altair Germano, an Assembly of God pastor, pointed to “abortion, deconstruction of traditional family and sexual indoctrination of children in schools.”

Some political observers contend, however, that the power of conservative Christians to thrust any candidate into office has been overstated. Though some 70 percent of the Pentecostal and neo-Pentecostal voters supported Bolsonaro, overall they make up less than a third of the electorate. Catholics, who made up 56 percent of the actual voters, were almost equally divided, with a slight advantage to Bolsonaro.

They can also be fickle. Brazilian evangelicals only recently abandoned the PT’s leaders, according to Edin Sued Abumanssur, a religion sociologist at the Pontifical Catholic University of Sao Paulo. Until the end of August, Lula da Silva was still a viable presidential candidate despite the fact that he is serving a 12-year jail sentence on bribery charges.

“Lula was the leading candidate back then — and most evangelicals declared their preference for him,” said Abumanssur.

Nonetheless, there is no question that the Christian right is a growing force in Brazilian politics. 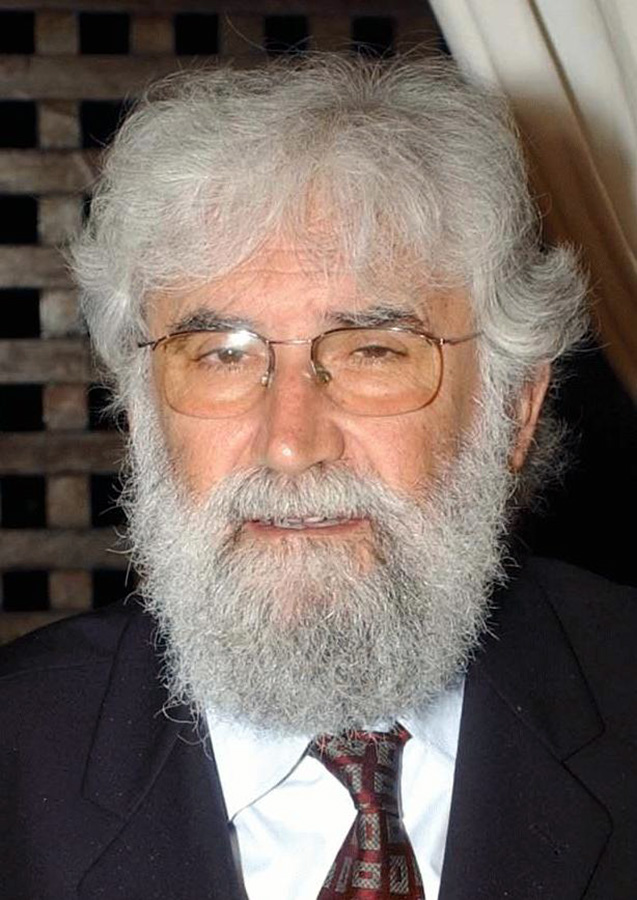 Leonardo Boff, a leading figure in the liberation theology movement, which is associated with the political left in Latin America, attributes the success of evangelical churches in the historically Roman Catholic country to a scarcity of Catholic priests.

Meanwhile, neo-Pentecostal churches, such as the Universal Church of the Kingdom of God, have used their newfound prosperity first to invest in radio and TV stations and then to use them to influence politics. “Their first experiment was to elect bishop Marcelo Crivella as the mayor of Rio de Janeiro,” said Boff.

As a symbol of this increasing influence in Brazilian society, Bolsonaro took on an almost mystical destiny. With days to go before the vote, Bolsonaro was stabbed during a massive campaign rally by a mentally unstable man. He survived after extensive surgery, from which he is still recovering.

“The assault contributed to build his image as a savior — for many Christians, he became a myth, a messiah,” said Jung Mo Sung.

Paulo Lockmann, a United Methodist bishop and past president of the World Methodist Council, accused many evangelical leaders of operating cynically. “One can say they take a ride on the unconscious collective, on the people’s need for a redeemer.”

Whatever evangelicals’ actual influence at the polls, the important point now for Bolsonaro is that conservative Christians believe they pushed the once-obscure captain over the line — and their expectations are high.

“Evangelical leaders try to convince the new people in charge that they were responsible for their victory,” said Abumanssur. “Let’s see how long their alliance will survive. It’s politics.” 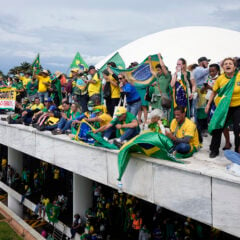 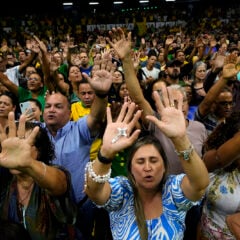 News
Scholar and preacher Jonathan Lee Walton named next president of Princeton Seminary
Follow us on Facebook!
Submit your photos to RNS