Dementia is the overall term for memory loss and cognitive impairment that results from diseases such as Alzheimer’s. It progresses as damage to the brain disrupts normal communication between brain cells and, in turn, affects behavior and thinking. This story is part of a Religion News Service series on dementia and religion. The rest of the series can be found here.

LOUISVILLE, Ky. (RNS) — When geropsychologist Benjamin Mast evaluates dementia clients at his University of Louisville research lab, there’s a question some people of faith ask him:

“What if I forget about God?”

It’s a query that reflects the struggles of people facing diseases like Alzheimer’s.

The earliest stages of Alzheimer’s involve the buildup of protein fragments, or plaques, on some brain cells and the growth of twisted fibers, or tangles, within those cells. That process, Mast said in an interview, “damages a particular aspect of the memory system more significantly than others.”

In his book, “Second Forgetting: Remembering the Power of the Gospel During Alzheimer’s Disease,” Mast describes a man who may not always remember his grown children’s names but “quickly joins in” when someone reads one of his favorite psalms. 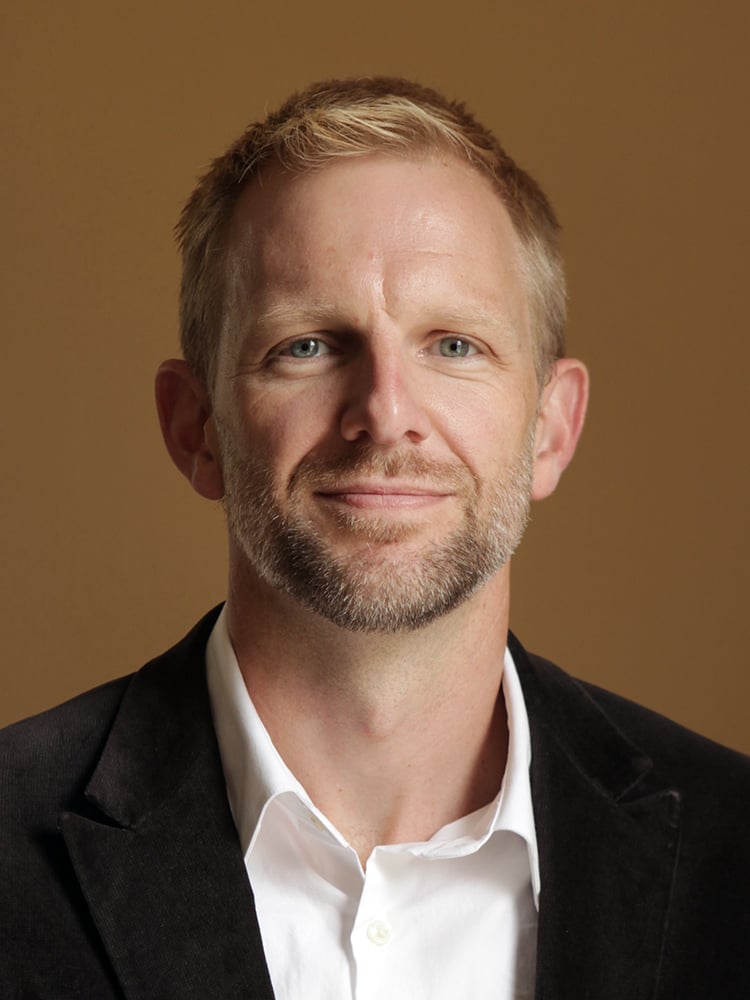 Mast said what remains intact is the part of the memory that’s held longest. In some cases, that relates to faith: hymns and creeds that people may have recited for years.

“If you ask a person who’s been deeply affected by Alzheimer’s about something that happened yesterday, you’re going to their weakness in terms of memory,” said Mast.

“But if we can engage them, for example, in the context of faith services with older songs and hymns that they’ve known for many years, we’re meeting them where they’re strong.”

From congregations to chaplains’ offices, there are stories of kept faith and questions about whether it has been lost. Experts and everyday individuals speak of “magical” moments when people who usually stare into space are suddenly enlivened by worship and tough times when a loved one no longer avows a long-term belief.

R. Albert Mohler Jr., president of Southern Baptist Theological Seminary — whose campus is about seven miles from Mast’s lab — has learned of both sides of this aspect of dementia.

His mother is in a memory care facility years after receiving a diagnosis of Alzheimer’s.

“Thankfully, she is very aware of God’s love,” said Mohler, recalling family members’ visits with her.

“She just constantly reminds us all of how blessed we are and will just make statements of
how much God has blessed us.”

But he has counseled congregants and students who have had a different experience. One student told him recently that his grandmother denied she was ever a Christian when she was reminded that she had been one.

“I just tried to assure this student: ‘Your grandmother loved Christ, confessed Christ,’” the seminary president said. “‘She has lost the knowledge of much of her life, but Christ holds her just as fast.’”

Mast, a Southern Baptist elder, said clergy have often told him they grapple with how to help congregants whose families are coping with dementia.

“The common refrain is, ‘Seminary didn’t prepare me for this,’” said Mast. 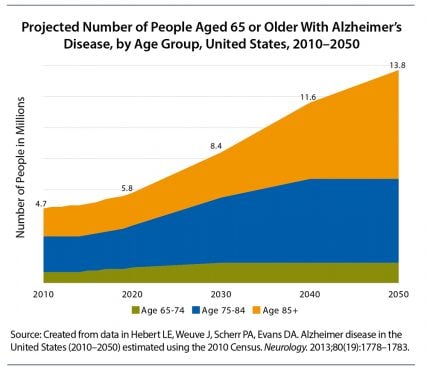 He succeeded in having fellow Southern Baptists adopt a 2016 resolution that called for pastors to seek training about Alzheimer’s and other forms of dementia and churches to expand their ministries to meet needs of caregivers and the people for whom they are providing care.

Mohler said the growing aging population and new awareness of dementia have prompted theological schools to include more about these topics in ministry, theology and ethics courses.

“Are we doing enough?” Mohler asked. “The answer is certainly no, because we are playing catch-up a bit on this.”

Chaplains in senior citizens’ facilities have long dealt with residents with dementia and have noticed how some residents may recall their religion more than other aspects of their lives.

“Their faith is the thing, even as they move further into dementia, that they will retain,” said the Rev. Rebecca Church, director of pastoral services at Wesley Manor, a United Methodist-affiliated retirement community in Louisville. “They will remember how to say the Lord’s Prayer when they won’t remember anyone’s name. They’ll remember the words to ‘Amazing Grace’ when they don’t know what day it is.” 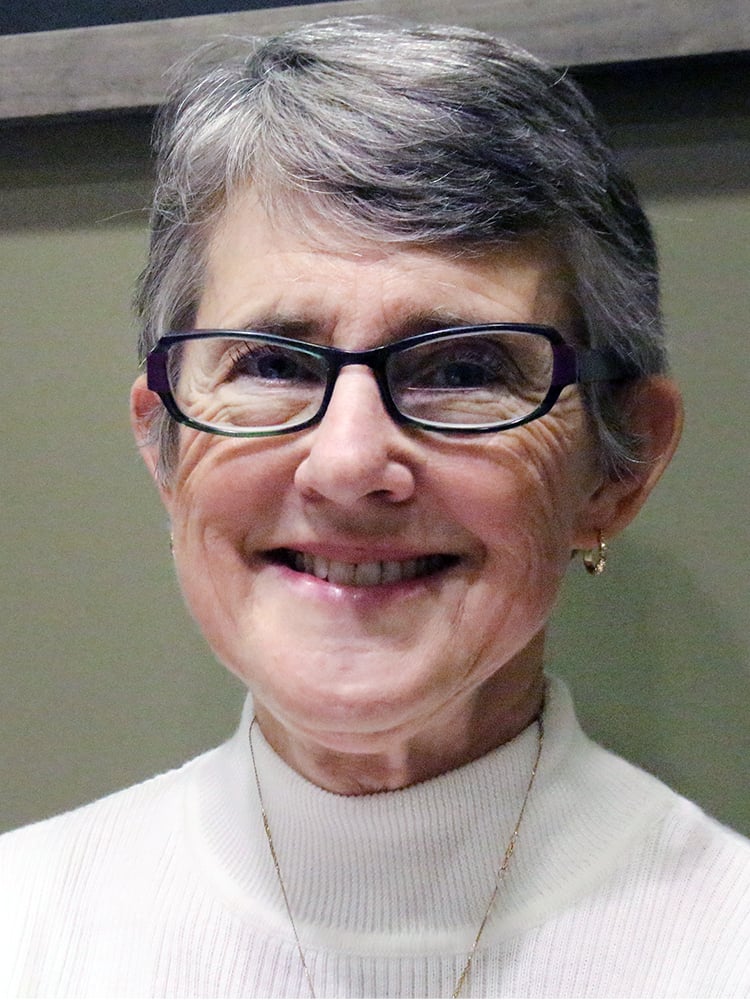 Jane Gumbiner, whose husband, Hal, has been diagnosed with dementia, in Louisville, Ky., on Nov. 28, 2018. RNS photo by Adelle M. Banks

Some churches have found that special worship services may meet a need when a longtime congregant can no longer manage the typical sermons and contemporary music that may be heard in a sanctuary.

Jane Gumbiner, a member of Southeast Christian Church, a megachurch in Louisville, tears up when she speaks of how nice it is to hear her husband, Hal, sing at its “Classic Worship” service on Thursdays.

Once, when they lived in Florida, they were immersed in the life of a church they started: washing Communion cups, counting money, assisting in the nursery. Now, she relishes the moments when his memory of church appears three and a half years after his diagnosis with dementia.

The Thursday gathering, basically a weekday Bible study attended by more than 100 people, allows the retired veterinarian to sing “old-timey hymns” like “The Old Rugged Cross” and “I Surrender All.”

“He sings them, he knows them,” said the retired educator who wears a pendant with a fish next to her cross to underline her faith. She adds more softly: “As opposed to just being totally silent.”

At Phoebe Richland, a United Church of Christ-affiliated senior care facility 50 miles north of Philadelphia, four residents with dementia who had just attended a “Spirit Alive” worship service spoke with Religion News Service in November about how they liked the music and the prayers that had just concluded. 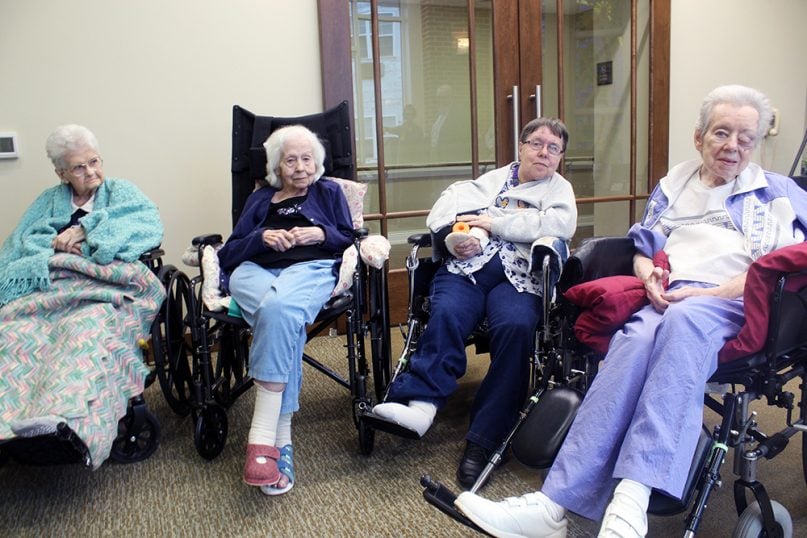 Though some did not directly answer a question about God, a couple of them distinctly remembered earlier church gatherings. One resident, Doris Fosbenner, recalled the names of the streets at the corner where she attended an Italian chapel in Philadelphia. Shirley Derstine, who remembered sending greeting cards to missionaries and helping out with Sunday school, hopes the choir from her Christian Reformed congregation that visited and sang for residents last fall will return.

“There were so many comments that they enjoyed it a lot so I’m staying in touch with our organist and have her think about doing it once again,” she said.

In response to a request to confirm the choir’s visit, the Rev. Jamie Moyer, Phoebe Richland’s chaplain, added in an email: “Her church community means a lot to her and she is usually beaming for a week after they are here!” 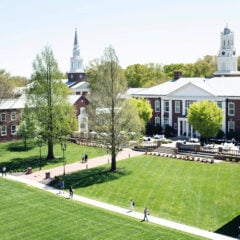