(RNS) — Burdened by the brutality of racism in America, Martin Luther King Jr. stepped to the microphone near the Lincoln Memorial in Washington D.C., and delivered his “I Have a Dream” speech. That was August 28, 1963. More than 50 years later, how far has the American church come in terms of race relations?

If the 21st century is to be different from the previous four centuries, then the American church must exercise even more creativity and effort to break down racial barriers than it took to erect them in the first place.

The most frequent question I get when presenting about racial justice is, What do we do? After years of listing random action items, I have now grouped them into three broad categories.

The ARC (Awareness, Relationships, Commitment) of racial justice helps distinguish different types of antiracist actions. Though not the final word on antiracism, the ARC of racial justice provides a useful framework for taking decisive action against discrimination.

To increase your capacity to fight your own complicity in racism, you can start by increasing your awareness of the issues and the people involved. One particularly fruitful place to start is by reading and learning more about the racial history of the United States. History is about context, so studying history remains vital. It teaches us how to place people, events, and movements within the broader scope of God’s work in the world.

Context is something Bible-believing Christians should understand better than anyone. In our passionate pursuit of biblical interpretation, we know that we must always look at the context. It’s no different with racial justice. We have to develop an awareness of the context to properly exegete the times and apply biblical solutions. 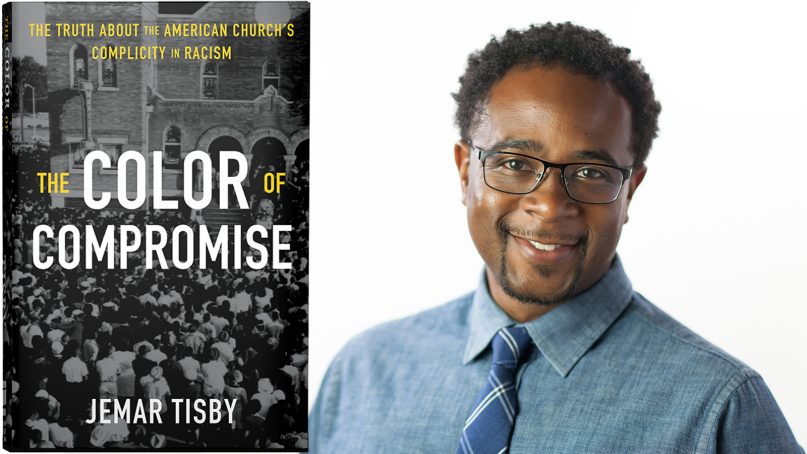 Some action steps to increase your awareness include the following:
• Watch documentaries about the racial history of the United States.
• Diversify your social media feed by following racial and ethnic minorities and those with different political outlooks than yours.
• Access websites and podcasts created by racial and ethnic minorities.
• Do an internet search about a particular topic instead of always asking your black friend to explain an issue to you.

Awareness isn’t enough. No matter how aware you are, your knowledge will remain abstract and theoretical until you care about the people who face the negative consequences of racism.

The problem is that it is hard to make friends with people from different racial and ethnic backgrounds. A Public Religion Research Institute study revealed that in a 100-friend scenario, white people had just one black friend, one Latinx, and one Asian friend. In that same scenario, black people had eight white friends, two Latinx friends, and zero Asian friends. The long history of racial segregation in this country coupled with the tendency to associate with those most like ourselves has left all of us in mostly homogenous social networks.

Some action steps to develop interracial relationships include:
• Start with the people you know. Most of us know someone of a different race or ethnicity. Have you talked with them specifically about their experiences and perspectives of race and justice? These individuals cannot merely be projects or sources of information. They are real people with whom to pursue a meaningful friendship. Still, it takes intentionality to diversify our social networks, and we should start with those nearest us.
• Find new places to hang out. We are creatures of habit and convenience. We go to particular places simply because they are familiar. A purposeful effort to develop relationships with people from diverse backgrounds will carry you to different restaurants, grocery stores, and hangouts. If you strategically organize your spatial habits, the mundane places where you enact your regular routines can become the richest sites to encounter those who are different from you.
• Join a sport, club, or activity with people who are different. In my experience, other than people who have been involved with the military, those who have the most diverse networks of friends have participated in some sort of activity that brought them into frequent contact with people of other races and ethnicities. You may have to engineer these opportunities, but they can lead to organic friendships that cross traditional lines of social division.

Committing to concrete action may be the hardest part of pursuing racial justice. Commitment to the ARC model requires a total shift in disposition so that antiracist activity is a way of life, not simply a topic to which you give occasional and superficial attention. Developing awareness and relationships may create a burden for the struggles of others, but does that burden move you to act? Are you willing to address the systemic and institutional aspects of racism rather than solely work on an interpersonal level?

Action steps for developing a lifelong commitment to racial justice include:
• Create something. Write a blog post. Write a book. Write a sermon. Do a Sunday School class. Host a forum. Write a song or a poem. Create something that speaks to racial justice.
As you do it, though, remember it always helps to get feedback from person from a different racial or ethnic background who is willing to help.
• Join an organization that advocates for racial and social justice.
• Donate money to organizations that advocate for racial and social justice.
• Speak with candidates for elected office in your area and ask them about their views of racial justice and the policies they advocate.
• Vote.

The ARC of racial justice provides an entry point for anyone who may be new to the journey for racial equity. After a survey of the American church’s complicity in racism, though, Christians must undertake courageous and urgent action to correct historic wrongs and their ongoing ramifications.

(Jemar Tisby is president of The Witness: A Black Christian Collective, where he writes about race, religion, politics, and culture and cohost of the Pass The Mic podcast. This essay is taken from his new book “The Color of Compromise: The Truth about the American Church’s Complicity in Racism.” Copyright © 2019 by Zondervan. Used by permission of Zondervan. www.zondervan.com.)