(RNS) — We write as victims of violence, who know the trauma inflicted by evil people who target the “other.” As the pastor of Mother Emanuel AME Church in Charleston and the rabbi of the New Light Congregation in Pittsburgh, we’ve seen beloved members of our congregations shot down in our holy spaces within the space of three years.

We share a grief that stems from violence that began with hate-inciting speech — one attack motivated by fears of African-Americans, the other by fears of Jewish support for a wider open-door policy for persecuted refugees.

We now share a concern about the president’s recent misuse of the words “national emergency.”

These are words of mobilization, words warning us of serious danger. The president’s so-called emergency isn’t about hurricanes or burning forests or a terrorist invasion. It is a “national emergency” directed against others.

History is littered with examples of despotic overreach justified as “national emergencies.” We have seen it in Jim Crow legislation and the war against African-Americans. We have seen it in the rise of Hitler and the eradication of Jews. In both cases, the call to national emergency was to make the people living inside the borders “pure” and to deem those outside second-class citizens, impure. With the black community, it led to mass lynchings and other forms of race-directed violence. With the Jews, it led to extermination on a massive scale. 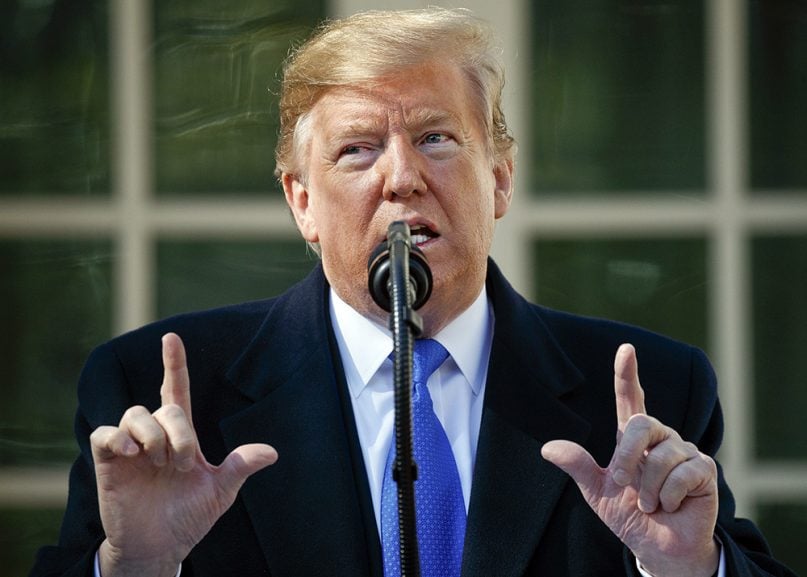 President Trump declares a national emergency, in order to build a wall along the southern border, during an event in the Rose Garden at the White House on Feb. 15, 2019, in Washington. (AP Photo Evan Vucci)

Everybody, especially leaders, needs to watch their words, and use them strategically. We cannot equivocate. There is provocation on all sides. When one side shouts “Jews will not replace us!” as happened in Charlottesville, Va., there are not good people on both sides. When Ilhan Omar, a Minnesota Democrat, lies about a “Jewish” lobby named AIPAC buying off congressmen, she is also guilty, just as an online hate group was wrong to blame HIAS for helping “invaders” from criminal countries. We need to be careful that words will not rip apart our communities and further enable murder.

The worshippers at our two houses of worship, African-Americans and Jews, are considered the “others” of white America. The misguided assassins who attacked us are symptomatic of a hatred of the “other” that is now sweeping the world. We see it in anti-Semitic attacks in France, and in Germany and in Poland against Syrian refugees. We see it in the U.S. immigration policies against refugees from Latin America.

Our country’s founders hoped for a land of religious tolerance. The South Carolina colony was the first to extend an invitation to immigrants regardless of religious expression. A young John Locke wrote in 1669 that Carolina welcomed those who in “any seven or more persons, agreeing in any religion, shall constitute a Church or profession including Jews, heathens, and other Dissenters from Christianity.”

This model of religious liberty welcomed those who were considered “other” in countries outside the U.S. This creed of equality was one of the building blocks of the First Amendment, the Emancipation Proclamation, the Civil Rights Acts, and an invitation to the many immigrants who built the American economy in the 20th century.

Worship should never be an act of bravery. We pray that the souls of those martyred while immersed in the spirituality of their moment, whether Sabbath prayer or Wednesday night Bible study, will help us move forward to religious values of peace, love and kindness. Let prayer and study help us to lift up our words and be an example to our leaders to provide us with a world devoid of violence and injustice. 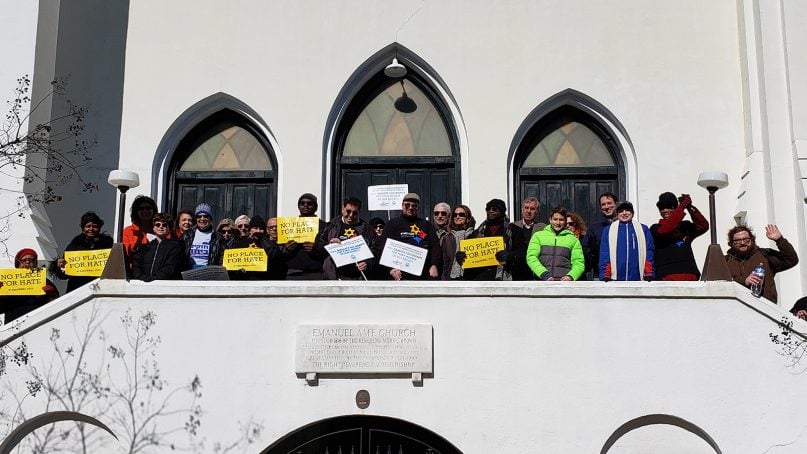 Last month in the streets of Charleston, S.C., members of our congregations linked arms in protest and solidarity to honor Martin Luther King Jr. We held up placards and shouted “We’re Pittsburgh strong! There’s No Place for hate!”

As Rabbi Abraham Joshua Heschel once said of King: “Where in America do we hear a voice like the prophets of Israel? Martin Luther King is a sign that God has not forsaken the United States of America. His presence is the hope of America.”

We could use a prophetic voice like King’s in Washington right now.

Our mutual faith brings us to protest the immorality of scapegoating the “other” and inciting violence. Such rhetoric may bring politicians applause and score points with their political base, but harmful words do not serve us well if they are infected with a scornful urgency that is created out of falsehood.

We believe – as our religious traditions instruct us — we must dedicate ourselves to using our words wisely. As it says in Proverbs 18, “Death and life are in the power of the tongue.”