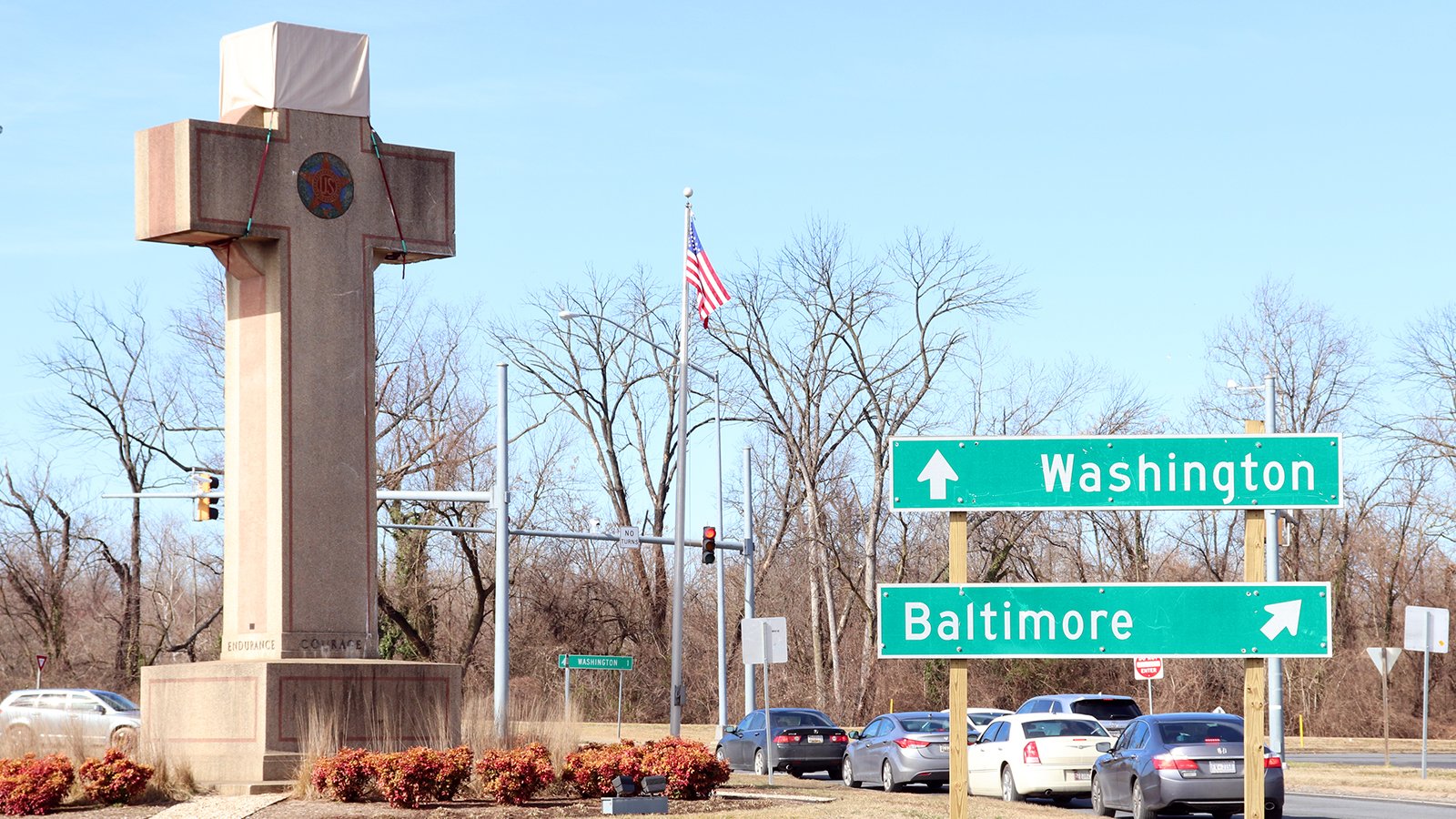 WASHINGTON (AP) — The Supreme Court seemed inclined  to rule that a 40-foot-tall cross that stands on public land in Maryland is constitutional, but shy away from a sweeping ruling.

The case the justices heard arguments in on Wednesday (Feb. 27) is being closely watched because it involves the place of religious symbols in public life. But the particular memorial at issue is a nearly 100-year-old cross that was built in a Washington, D.C., suburb as a memorial to area residents who died in World War I.

Before arguments in the case, it seemed that the memorial's supporters, including the Trump administration, had the upper hand based on the court's conservative makeup and its decision to take up the matter. Even liberal justices Elena Kagan and Stephen Breyer suggested that they could join a narrow ruling upholding this particular memorial.

Kagan noted that the cross is a symbol linked with soldiers killed in World War I.

"When you go into a World War I battlefield, there are Stars of David there, but because those battlefields were just rows and rows and rows of crosses, the cross became, in people's minds, the pre-eminent symbol of how to memorialize World War I dead," she said, adding that there are no religious words on the Maryland cross and that it sits in an area with other war memorials. She asked, "So why in a case like that can we not say essentially the religious content has been stripped of this monument?"

Breyer, for his part, asked a lawyer arguing for the cross' challengers what she thought about saying that "history counts" and that "We're not going to have people trying to tear down historical monuments even here."

"What about saying past is past?" he said at another point during arguments conducted in a courtroom whose friezes include depictions of Moses and Muhammed and that began, as always, with the marshal's cry: "God save the United States and this honorable court."

The cross's challengers include three area residents and the District of Columbia-based American Humanist Association, a group that includes atheists and agnostics. They argue that the cross's location on public land violates the First Amendment's establishment clause, which prohibits the government from favoring one religion over others. They say the cross should be moved to private property or modified into a nonreligious monument such as a slab or obelisk. The group lost the first round in court, but in 2017 an appeals court ruled the cross unconstitutional.

The cross's defenders include The American Legion, which raised money for the monument, and Maryland officials who took over maintenance of the cross nearly 60 years ago to preserve it and address traffic safety concerns. Maryland officials say the cross, sometimes called the "Peace Cross," doesn't violate the Constitution because it has a secular purpose and meaning.

Those defending the cross say a ruling against them could doom of hundreds of war memorials that use crosses to commemorate soldiers who died. Justice Samuel Alito picked up on that concern during arguments, telling American Humanist Association lawyer Monica Miller: "There are cross monuments all over the country, many of them quite old. Do you want them all taken down?"

Miller said no, and she told the justices there are only between 10 and 20 monuments nationwide that are truly like Maryland's cross.

In the past, similar monuments have met with a mixed fate at the high court. On the same day in 2005, for example, the court upheld a Ten Commandments monument on the grounds of the Texas state Capitol while striking down Ten Commandments displays in Kentucky courthouses.

After those rulings and others the Supreme Court has been criticized for being less than clear in explaining how to analyze so-called passive displays, like Maryland's cross, that are challenged as violating the Constitution's establishment clause. In 1971 the court announced one test for such cases. It asks whether the government's action has a secular purpose, advances or inhibits religion or fosters "an excessive government entanglement with religion." But in the decades since, the court hasn't consistently followed that test, and several former and current justices have criticized it.

Justice Neil Gorsuch asked Wednesday if it wasn't time to get rid of the test, saying it has resulted in a "welter of confusion." Justice Brett Kavanaugh suggested that lower courts "need some clarity" from the Supreme Court.
At the same time, several conservative justices sounded skeptical of a test advocated by Michael Carvin, a lawyer for The American Legion, who told the justices that what the Constitution was concerned with was religious coercion.