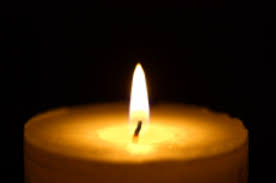 I have been off line for the past week, in the wake of the death of my father, George Salkin, at the age of 98.

In due time, I will be reflecting on some of the lessons of my father's life.

Let me share with you some of the lessons of my father's death, and its aftermath.

Yes, it certainly was.

Ultimately, it does not matter how long a life is. You always want more. The heart gets greedy, and when it comes to the heart, that greed is rarely satiated. You want them around for just one more something: the next wedding; the next bar or bat mitzvah; the next baby.

While death is unwelcome at any age, it is also true that the longer our loved ones live, especially into their tenth decade of life, the more that longevity seduces us into thinking that they will be around forever.

Which they will not be.

Realize that every moment with a dying person could be the last moment. Existentially, this is true with everyone. The great sage, Bob Dylan, once sang: "He not busy being born is busy dying."

Centuries before that, a great ancient sage said: "Repent one day before your death. And, since you can never know exactly when that will be, repent now."

Another sage said: "Do not say that 'when I have time, I will study.' Because you never know when you will have the time."

So, as Jack Dawkins said in Titanic: "Make it count." Make every moment count. Say what you need to say. Don't fill the air with trivialities.

The other day, right before we went to dinner, I told my dad how much we loved him, how much he meant to us, and how much he taught us. He took advantage of our absence to depart this earth.

I am only glad that we left nothing unsaid. Though, of course, there is always something — at least, something — left unsaid.

The American non-Orthodox shiva has become a problem. American Reform Judaism has shortened every aspect of the liturgical experience — shortening the worship service (a trend that had begun in Europe); eliminating the second days of festivals (though in recent years there has been a resurgence in second day Rosh HaShanah); and elevating the shortest service — havdalah, at the end of Shabbat — to a new level of importance.

Conservative Judaism and Reconstructionist Judaism have also truncated the worship experience, albeit with far less intensity than Reform.

Witness, then, the fate of shiva. What was once a seven-day mourning period became a three-day mourning period. Such an abbreviation has noble roots; it was intended to allow less-than-affluent workers to get back to work. Now, it has become two days.

Or, in some cases, even one.

I need to ponder this further.

That being said, despite the fact that there is far more food, shiva is like Yom Kippur... Why is that? It is a time of deep contemplation, prayer — and productive silence. Like Yom Kippur, which is the ultimate day for confronting death, shiva is a time for solemnity in the face of mortality.

Which belies the odd and unavoidable extended cocktail party atmosphere that almost always ensues — and not only with those who have died in the fullness of their years, but for tragic and youthful deaths as well.

I need to ponder this further.

...because the mourner is (sort of) like a corpse... Think of it. Men don't shave; traditionally, mourners don't bathe; mourners sit on the floor, so as to be as uncomfortable as possible. It's like death. In "solidarity" with the deceased, we "try on" death — to see what it's like.

The mourner reverts to infancy — which, I think, is why we used to do a seven-day shiva. To recreate the seven days of the infancy of the world.

If heaven did not exist, we would need to invent it. As I stood over the body of the man who used to be my father, I realized the truth of the words that I had spoken repeatedly in my rabbinate. This is just the shell of the body; the soul returns to God.

I have neither time, space, nor energy to engage in a metaphysical discussion about all of this. I just "know" that the essential part of us, the eternal part of us, the part of us that is of God and from God, must, in a just universe, somehow return to God and be part of God once again.

I can only say that a small, almost imperceptible smile crossed his face.

Blessed is my father's memory.

Blessed, too, are those friends and colleagues — including and especially the staff at RNS — who have shown me sympathy and compassion in the wake of this loss.