LAHORE, Pakistan (RNS) — Like several Pakistani leaders before him, Prime Minister Imran Khan came into office vowing to reform the country’s 38,000 madrassas — the Islamic seminaries that for decades have educated the poor while also promoting sectarianism, extremism and hatred for the West.

After taking office in August, Khan said reforming the madrassas was a priority of his government. He wanted to give the estimated 3.5 million children currently enrolled in madrassas an opportunity to pursue mainstream education.

“Madrassa students should be able to become doctors, engineers, judges and generals,” Khan said in his inaugural address.

“Imran Khan’s wish is not his alone,” said A.H. Nayyar, a physicist and independent educational expert based in Islamabad. “Reforming madrassas has been wished for a long time by many rulers, but all failed.”

Madrassas attract mostly poor students in a country where the Society for the Protection of the Rights of the Child recently found that around 22.6 million children, particularly girls from traditional families, don’t attend school.

The narrow religious education that madrassa students receive, said Nayyar, “does not make them eligible for any societal function other than clerical leadership.” 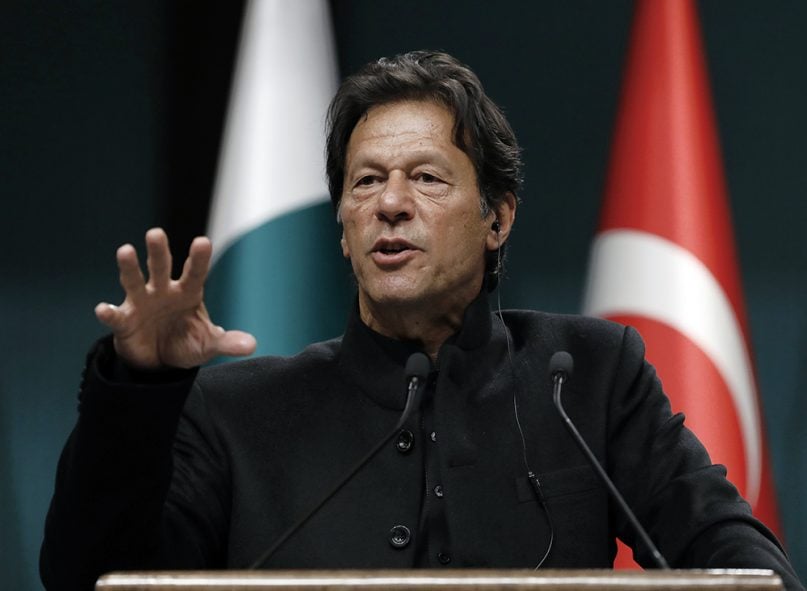 In October, the prime minister laid out his reform plans at a meeting of religious school leaders, saying he wanted to eliminate private schools, which are largely attended by well-to-do Pakistanis, improve the public education system that educates the country’s poor and introduce a nationwide curriculum that madrassas would also need to follow.

“It is of utmost importance that we have a uniform education system without discrimination in the country,” he told the clerics.

The government oversees the five madrassa boards affiliated with various Islamic sects, but Khan’s plan is likely to face opposition from the religious political parties.

Pakhtunkhwa Fazlur Rehman, the leader of the Jamiat Ulema-e-Islam political party, which runs many madrassas, has warned Khan about seeking to alter the schools.

The suspicion of reform as an infiltration of Western values is common among madrassa supporters and students.

“Why does government want to reform madrassas? We are better than the Americanized private schools that spread vulgarity,” said Madiha Fayyaz, a madrassa student in Lahore.

Many madrassa students also believe their education is sufficient. “I have learnt Quran and that is enough for me to survive in the world,” said Mohammad Hashim, a madrassa student in Lahore. “I don’t feel the need to study anything else, as my teacher said that more education spoils a man.”

But asked about other subjects at his madrassa, Hashim was less confident.

“We are taught computer skills too, but we are only allowed to see Islamic material online,” he said.

Pakistan’s madrassas flourished in the 1980s under the military dictatorship of Gen. Ziaul Haq. During the Soviet-Afghan war, the seminaries got massive funding from the United States and Persian Gulf nations such as Saudi Arabia, and madrassa students called “mujahedeen,” or holy warriors, trained and went to Afghanistan to fight the Soviets.

Along with the Saudi money came the radical ideologies of Wahhabism, a strictly conservative Sunni sect that fanned the flames of sectarianism. Long after the end of the Soviet war, the schools not only proliferated in numbers, but became overt and covert partners in religious militancy.

Since 2000, Pakistan’s security agencies have kept a close eye on madrassas that produce radicalized youth and feed recruits to Islamist militant outfits in the country.

Though the foreign funding problem is now under control, according to Nayyar, there is still a political struggle for control of the madrassas. He questioned whether the politicians’ reforms are truly aimed at education, or at reducing the power of lslamic leaders to put hordes of madrassa students into the streets for political agitation.

“Whenever there is any anti-Islam activity our students are the first ones who take to streets,” said Amjad Butt, a madrassa graduate and a teacher at Jamia Ashrafia Seminary in Lahore.

“Demand for the madrassas has a lot to do with poverty and overpopulation,” said Hira Sajjad, principal of a public school in Lahore. “Sending two to three children to a madrassa eases off the poor families of extra financial burden. They don’t have to provide food and clothing to their children and as a result they don’t care much about the education.”