Talking to an acquaintance at Rome’s Pontifical Gregorian University last year, Brettler, a professor of Judaic studies at Duke University, popped the question: Might he be granted an audience with the pope?

Brettler has been interested in a deeper understanding of Jewish and Christian Scriptures since he began working on “The Jewish Annotated New Testament” with co-author and co-editor Amy-Jill Levine, first published in 2011.

Turns out, Pope Francis was interested in meeting with him, too. On Wednesday (March 27), Brettler and Levine, a professor of New Testament studies at Vanderbilt University, will present Francis with a signed copy of their  book, aimed at Jewish readers but a resource for anyone who is interested in a Jewish scholarly perspective on the Christians Scriptures that informs rather than tries to persuade or proselytize.

The idea that Jews, who do not consider the New Testament holy, should understand the New Testament fills a need, according to the authors, especially at a time of heightened religious tensions. That need is one the pope recognizes as well. Francis has made interfaith dialogue a priority, calling it an “antidote to violence.”

Religion News Service caught up with Brettler in Jerusalem, where he is spending a sabbatical. This interview was edited for length and clarity.

How did this papal audience come about?

I knew Amy-Jill Levine was going to be teaching in Rome. I’ve never been to Rome but I know a professor who teaches (at the Pontifical Gregorian University). I asked if I might come and give a lecture or a talk while I’m there, which he arranged.

While I was talking to them, I said, “I’m Jewish, I come from New York, I have a certain amount of chutzpah. Might it be possible to arrange a papal visit?” They looked into it and they thought the book was important enough that it merited it. The idea came from me but the “yes” came from them. 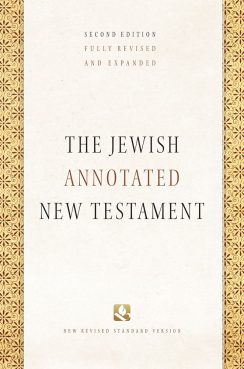 Why did you feel the need to write “The Jewish Annotated New Testament” and who is its intended audience?

I co-edited “The Jewish Study Bible” with Adele Berlin, a professor emerita at the University of Maryland. I was interested in a similar follow-up. Here again, it never hurts to ask. So, I went to the Oxford University Press, which published “The Jewish Study Bible,” and asked about doing a “Jewish Annotated New Testament.” The first edition came out in 2011. It got a lot of press. Oxford decided a second edition was merited. (It came out in 2017.)

Both Amy-Jill Levine and I think the New Testament is too important a book for Jews not to read. The phrase I use is that I wanted to create a “safe New Testament” for Jews to read. Unlike typical New Testaments, which are part of proselytizing, this is a scholarly work.

But how does a Hebrew Bible scholar write a book on the New Testament?

I could not have done it without A.J. (Levine). Her main field is New Testament. I know some Greek. I certainly know the Dead Sea Scrolls, and rabbinic literature, which are very important to the background of the New Testament. 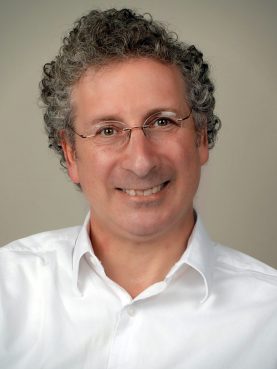 There are two main ways the New Testament can be studied in the academy. One is as a Greco-Roman work and the other is (as a document arising from) the Jewish world. They’re not mutually exclusive. You really need a strong command of Hebrew, Aramaic and rabbinics to study it from the Jewish perspective. It is a historical fact that the New Testament came to being in a Jewish milieu. It is a historical fact that Jesus was Jewish and Paul was Jewish. Early Christianity comes from a Jewish background. What we wanted to do was to enhance the readers’ ability to see the Jewish background of the New Testament.

The two of us complemented each other well. From my perspective as a Hebrew Bible scholar, my interest was seeking points of continuity and discontinuity with the Hebrew Bible.

Why do you think Pope Francis is interested in meeting you?

Since Vatican II, there have been any number of documents of reconciliation between the Vatican and the Jewish community. There is the Cardinal Bea Centre for Judaic Studies at the Pontifical Gregorian University. They have visiting scholars in Jewish studies. This audience reflects that recognition. 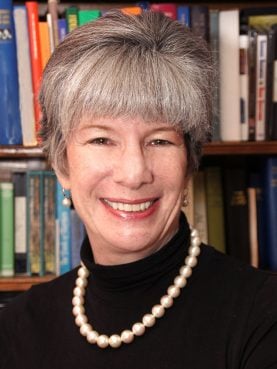 How should Jews regard the New Testament?

Jews should know that most of its authors were Jewish, that Jesus was Jewish, and that it’s one of the most important pieces of literature that we have for the history of the late Second Temple period. It reflects in all sorts of ways different Jews who were living in the late Second Temple period, who sometimes got along with each other well and sometimes got along with each other less well. Some modern Jews think that the fragmentation we now have within Judaism is a modern phenomenon. All you have to do is read the New Testament to see how ancient this phenomenon really was.

Is there anything you want to add about this heightened period of nationalism and religious strife, especially following the massacre in New Zealand?

I would say religious dialogue is more important than ever. It is possible to differ about a book without fighting over it. That’s what is so key about this. Anybody who reads “The Jewish Annotated New Testament” will understand that the authors do not think Jesus is the messiah. But nevertheless, having a pope accept this book from us really represents how people can talk constructively about the same book from very different vantage points instead of killing each other over it.