(RNS) — The archives of the late evangelist Billy Graham will be moved from their location in Illinois to the library named after him in North Carolina.

The Billy Graham Evangelistic Association announced the decision about the transfer of the evangelist’s papers and the association’s archives on Thursday (March 28).

“This is part of our continuing consolidation in Billy Graham’s hometown,” said evangelist Franklin Graham, president and CEO of the BGEA and son of Billy Graham.

“Some 214,000 people visited the Billy Graham Library here in Charlotte last year alone, and it makes sense for my father’s archives to be housed and maintained here for visiting scholars to conduct research, and for our guests to see when they come visit our ministry headquarters, the Library and my parents’ gravesites.” 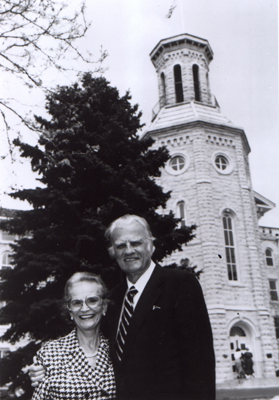 Billy Graham and his wife, Ruth, on the campus of Wheaton College, where they met and courted. RNS file photo

The Billy Graham Center was dedicated in 1980 at Wheaton College, the older evangelist’s alma mater in the Chicago suburb of Wheaton, Ill.

The Billy Graham Center Archives and the rest of the center are housed in an on-campus building that bears the evangelist’s name. The archives include materials in addition to those related to Graham, who died last year, and the center serves as a networking hub for evangelism and missions for churches, ministries and scholars.

At the time the center was dedicated, the BGEA was located in Minneapolis. After the association announced the relocation of its headquarters to Charlotte in 2001, it began to consolidate its operations on a 63-acre campus that now includes the 40,000-square-foot Billy Graham Library.

The BGEA said records that will be moved after June 1 include sermon transcripts, personal correspondence, and radio and TV recordings.

Wheaton College acknowledged the BGEA’s request in a statement.

“College leaders are in communication with the BGEA regarding its planned consolidation,” the statement reads. “Wheaton College affirms its longstanding respect for the BGEA and looks forward to continuing the positive relationship that the College and the BGEA have enjoyed for decades.”

The school said the evangelistic vision of Graham, who was also a longtime trustee of the college, continues through programs and events of Wheaton’s Billy Graham Center.

“More than 19,000 scholars, journalist and other researchers have spent 67,000 hours in the Billy Graham Center Archives since it opened, producing dozens of books, articles and papers annually,” it said.

The center will continue to house other archives including those of evangelist Billy Sunday and evangelical organizations such as InterVarsity Christian Fellowship and the Lausanne Movement.

A webpage of Wheaton’s Billy Graham Center Archives lists a wide range of resources about Graham and his association. It also includes links to oral histories of Wheaton alumni who recalled his personality and preaching style during their college days. 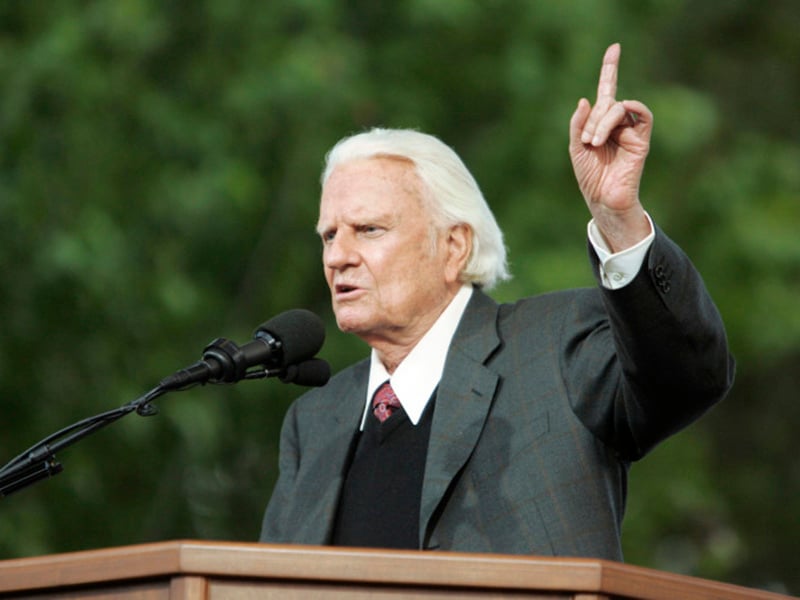 RELATED: Timeline of the life of Billy Graham

The most recent blog post about the Billy Graham Library’s archive collection is a reposting of an article from Wheaton’s From the Vault blog that included images of a yellowed, creased 1941 sermon by Graham and a newspaper article from the same year about his appointment as the pastor of a local church.

“By taking the papers away from Wheaton, where access is open, Franklin Graham and the BGEA can now control access and can thus control the narrative of his father’s life in terms of who gets to read them,” Fea told Religion News Service. “Evangelicals must come face to face with both the good side and bad side of their history by taking an honest look at people like Billy Graham. I am not sure this will happen in Charlotte. The Billy Graham Library in Charlotte is not a library.”

Asked what will be publicly accessible after the transfer, BGEA Executive Vice President Ken Barun told RNS that final decisions will be made over the next several weeks.

“Discussions are continuing between BGEA and Wheaton College about the transfer of archives, including decisions on the breadth and scope of the collection, future accessibility and online opportunities for research,” he said.