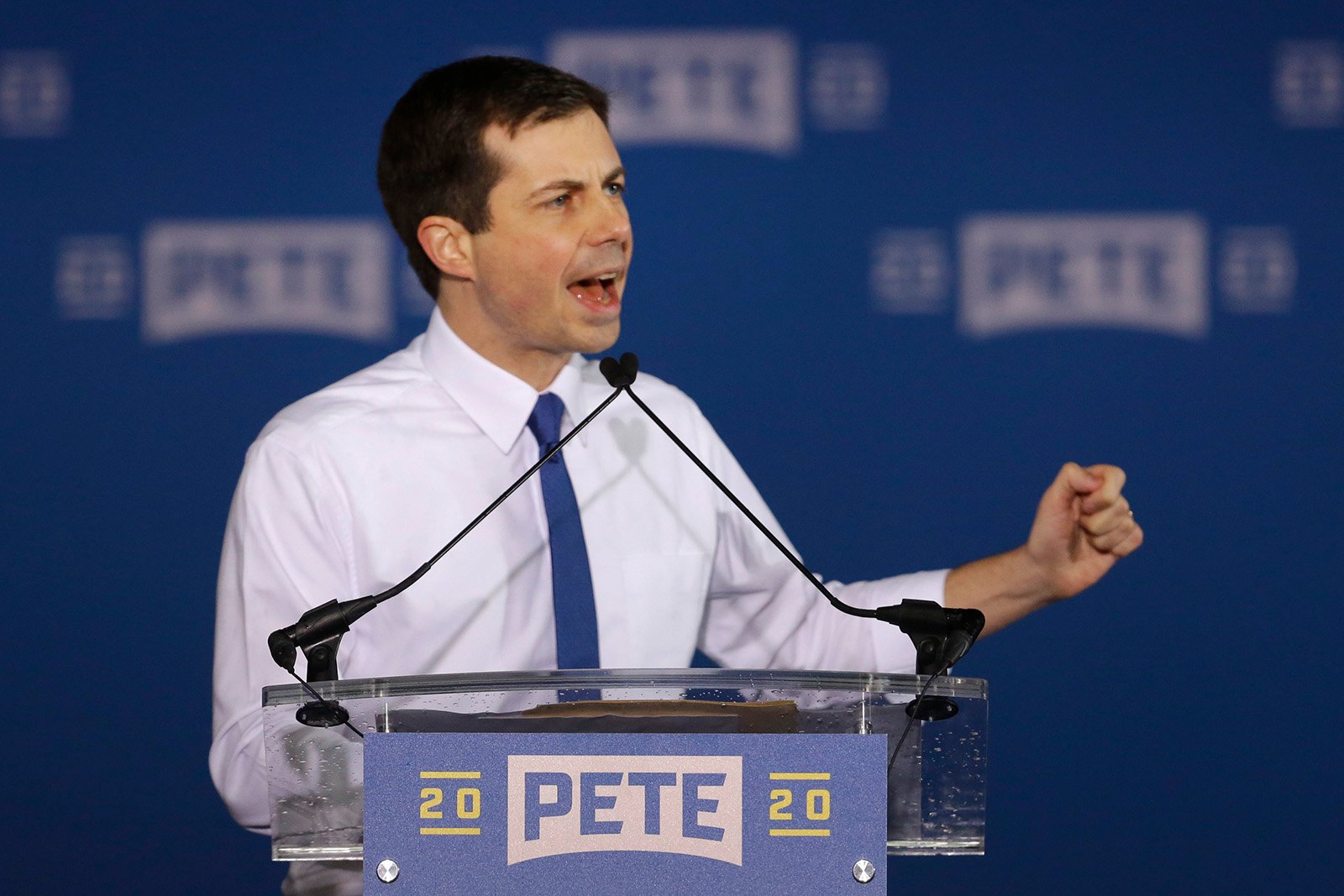 Pete Buttigieg announces that he will seek the Democratic presidential nomination during a rally in South Bend, Ind., on April 14, 2019. Buttigieg, 37, is serving his second term as the mayor of South Bend. (AP Photo/Michael Conroy)
April 15, 2019
Jeffrey Salkin

(RNS) — It was the summer of 1989. I was a doctoral student at Princeton Theological Seminary.

Every morning, the students would choose scriptural texts for devotionals. One morning, one of my fellow students, a very nice Anglican from Canada, chose to read a passage from the New Testament that railed against "scribes, hypocrites and Pharisees."

I stood up and said, as evenly as possible: "If you want me to pray with you, fine.

"But, do not ask me to sit here, and listen to the texts that killed my ancestors.

There was shocked silence.

And then, the Anglican student began to cry. Other students followed suit.

That led to an hourlong discussion about the anti-Judaism that my Christian colleagues had, almost unconsciously, imbibed with their theological education. It was as if their eyes had suddenly been opened.

Which brings me to Mayor Pete Buttigieg of South Bend, Ind., who declared himself a Democratic presidential candidate earlier this week.

Then, came the uh-oh moment.

Mayor Pete was calling out Vice President Mike Pence's fundamentalism, and accusing Pence of a blind piety that causes him to cast aspersions at LGBTQ people.

"Pharisee," again. I had not thought of that word for 30 years. Suddenly, I am back in the Princeton summer humidity — the day even hotter because the topic was so hot.

For Jews, "Pharisee" is a fighting word.

For 2,000 years, people have used the term "Pharisee" to mean a kind of narrow, petty, rules-intoxicated religiosity. That is the way that the New Testament uses it, especially because the texts juxtapose Jesus with the Pharisees.

Who were the Pharisees, and why does that term sting?

The Pharisees were one of several Jewish sects in the first century. They were the interpreter class, who paid particular attention to matters of ritual purity.

Far from being "fundamentalists," they had the courage to see that biblical Judaism — the Judaism of the Temple and sacrifices — was in ruins.

The texts that the Pharisees and their spiritual descendants (the "rabbis," the "sages") created — the Mishnah, Judaism's great law code; the Talmud, the interpretation of the Mishnah and one of the great pieces of legal literature in the history of the world; the various collections of interpretations of Bible; the liturgy — this is Judaism.

Because of them, Judaism survived and grew. Christianity itself grew out of the Pharisaic impulse.

How tragic and how misguided, then, that too many people look at the Pharisees only through the bias of the New Testament. Clearly the Gospel writers wanted to separate themselves from Jewish custom and interpretation. But, because of that inner, political need, the Pharisees have been getting a bad rap.

They still do. I googled "Pharisees sermon," and I was stunned to discover that the term is still very much on the keyboards and lips of contemporary Christian preachers and writers.

This, despite the fact that my dear friend, the Rev. Richard Burnett of Trinity Episcopal Church, Capitol Square, in Columbus, Ohio, said to me: "I have sat through many tiresome sermons about the Sadducees (the ancient Jewish aristocratic, priestly class) and the Pharisees. Those sermons have done nothing for me as someone trying to be a loyal follower of Jesus Christ." 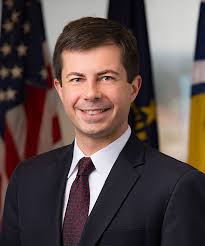 Two reflections on the current controversy over the Pharisees.

First: I do not believe that Pete Buttigieg has an anti-Semitic bone in his body.

But what is amazing to me, and perhaps to you, is how easily your everyday, average, liberal person imbibes the themes of anti-Judaism without even realizing it.

Notice that I did not say "anti-Semitism." Rather, it's "anti-Judaism," a subtle but pernicious opposition to Judaism itself as a religious and cultural system.

Now, those who traffic in anti-Judaism would never take up torches against the Jews. They would never harm a Jew. Many of them have Jewish friends and relatives.

The takeaway here: Anti-Judaism is so ingrained in the way that so many people think that it has become unconscious.

The same way that kids will unknowingly echo homophobic tropes when they identify something they don't like as "gay."

I believe that by now, Pete has figured it out. I doubt that he will ever use the term "Pharisee" again.

Second: A simple look at ancient Jewish sources indicates that the Jews themselves had trouble with certain kinds of Pharisees.

Whatever religion we might be, I think that we can recognize the "Pharisee" type. There are far too many of them in the world today.

But, let's lose "Pharisee." It is bigoted, and narrow, and dated, and painful.

Let's just call it what it is: religious hypocrisy.

That is one more reason why I like Mayor Pete. He is a man of faith, and he is not afraid to let that faith speak out against the pain of our time.

Even for a "Pharisee."