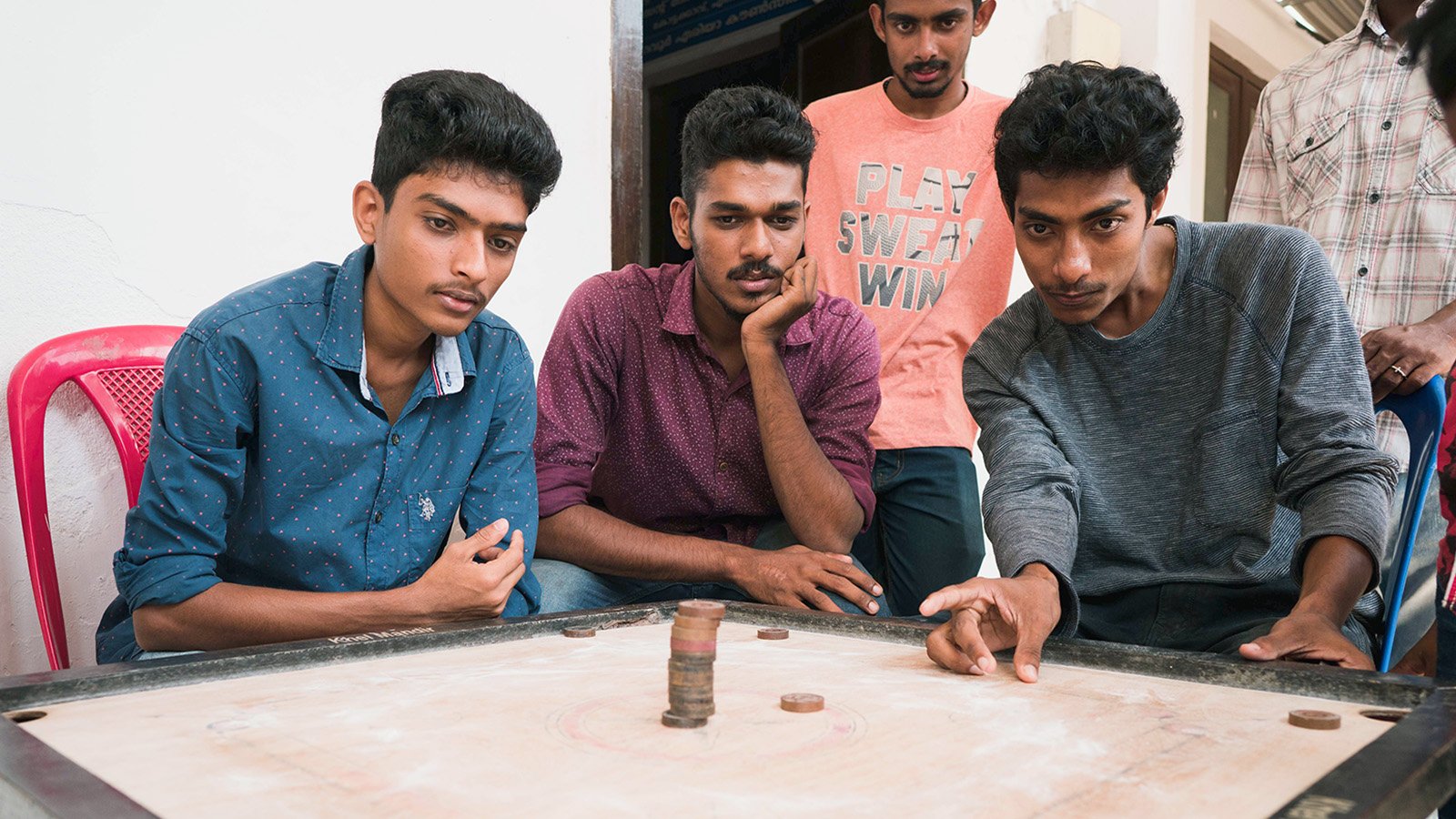 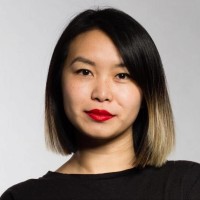 KOCHI, India (RNS) — On a hot Sunday morning as high Mass let out at St. Thomas Kottakavu Church, Niya Francis, 24, found her shoes among a sea of sandals left outside the church doorway and joined her fellow catechism teachers as they headed to class in a small building next door.

Teaching her faith has been something Francis has wanted to do as soon as she was old enough to command a classroom.

In the U.S. and other Western countries, where Catholic youth are increasingly leaving the church, Francis would be the rare teacher below the age of 30. But the church's numbers in India have stayed relatively stable. “It’s a model that we have learned growing up and we need to teach the children that Jesus loves them,” she said of her class. 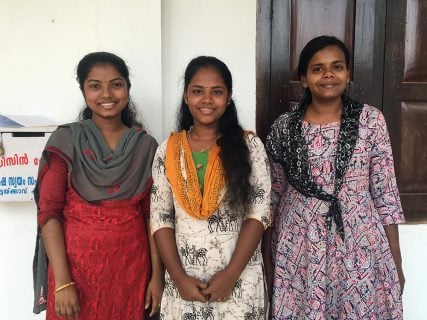 Francis is a Syro-Malabar Catholic, the largest group of St. Thomas Christians, a pocket of faithful living in the southwestern Indian state of Kerala who are divided between the Latin and Orthodox rites. Her gleaming white church houses a congregation believed to have been founded by St. Thomas, the apostle, after he arrived here in A.D. 52.

In the last year, however, the Syro-Malabar Catholics have been tested as their archbishop, George Alencherry of Ernakulam, was accused of illegally selling church property. News of a questionable land deal led to a protest by a group of bishops who wanted to remove Alencherry.

A few months later, a Syro-Malabar Catholic nun under the Latin church accused a bishop of brutally raping her 13 times. Five sisters and several Christian organizations, united under the Save Our Sisters banner, rallied to support the nun and demand the arrest of the bishop. Bishop Franco Mulakkal was arrested this month.

The response of the young has been closely watched in the wake of the scandals. Tharakan thinks this may in part be because of the church’s crucial role in Kerala as educators. Christian missionaries started the first school in Kochi and built numerous hospitals and universities. Kerala’s almost 100 percent literacy rate, it is believed, can be attributed to the success of the Christian school system.

But there are reasons for concern. The Rev. Joseph Alencherry, a leader of the Syro-Malabar Youth Movement, said he’s seen a 25 percent decline in attendance at his church. “I would say 70 percent of that is most likely youth,” he said. 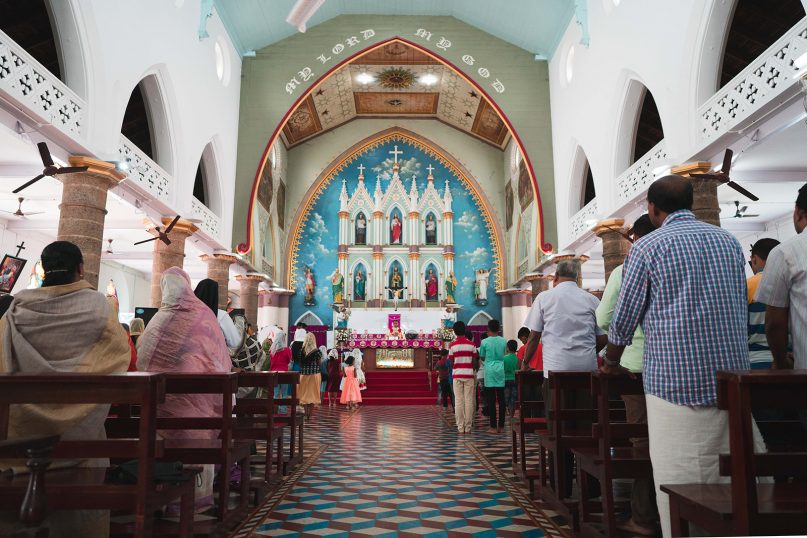 “We question about our religion at this age. So when these clergy do things like that, we are exhausted of hearing about it,” Renu Dominic, 18, said. Dominic is a first-year student at St. Teresa's College.

Publicity about the recent incidents has put Catholic youth under pressure from their non-Catholic peers.

“They’re constantly ridiculed by non-Christians who might say, ‘Look at the situation at the church!’” Bivin Varghese, 31, said.

Varghese is global deputy director of the Syro-Malabar Youth Movement, a group officially sanctioned by the Vatican to strengthen youth participation in the church. He notes that many of the youth in his organization have raised questions about their faith to him.

“They’ve had a difficult time answering their colleagues, their friends in college, their peers, and they’re really seeking a convincing answer from us,” Varghese said.

Still, there are those whose faith hasn’t been staggered by the incidents. Francis, for one, is not deterred. She finds meaning in the church and her role in it.

“Our faith is not Bishop Franco or the nuns. It’s Jesus Christ,” Francis said. 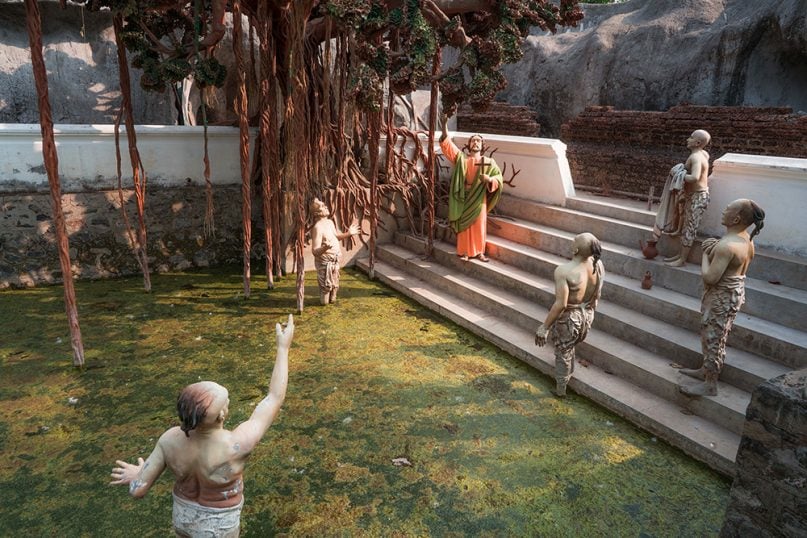 St. Thomas Kottakavu Church in Kochi, India, has a statue display of St. Thomas, center, proselytizing. The congregation believes it was founded by St. Thomas when he arrived in the area in A.D. 52. Photo by Richard Tamayo

(Brooke Thames contributed to this report.)