The special session was called after the last quadrennial General Conference meeting in 2016 to consider several plans to move the United Methodist Church forward despite deep, decades-long divisions over the inclusion of its LGBTQ members.

During the session, delegates to the General Conference approved the “Traditional Plan,” which strengthens enforcement of the denomination’s ban on the ordination and marriage of its LGBTQ members.

That decision was met with singing, chanting and demonstrations from LGBTQ United Methodists and their allies — and a church court challenge.

The denomination’s top court, known as the Judicial Council, will review some of the decisions made during the special session at its spring meeting, which runs Tuesday (April 23) to Friday in Evanston, Ill. But what might the court decide, and what would that mean for the second-largest Protestant denomination in the United States? The United Methodist Judicial Council meets for an oral hearing on May 22, 2018, in Evanston, Ill. The denomination’s top court is meeting this week in Evanston. Photo by Kathleen Barry, UMNS

What is the Judicial Council?

The Judicial Council is the top court of the United Methodist Church — like the denomination’s Supreme Court.

It acts on appeals from lower denominational courts or requests for decisions to determine the constitutionality of acts by the General Conference or smaller regional conferences, according to the denomination’s website. It also can rule whether acts by other denominational bodies conform to its rulebook, the Book of Discipline.

RELATED: What to do about ordination? A gay divinity school student ponders her future

What is the court deciding this week?

As the special session of the General Conference drew to a close earlier this year, the Rev. Timothy Bruster made a motion requesting a “declaratory decision” by the Judicial Council on the “constitutionality, meaning, application and effect” of the Traditional Plan. Bruster is a delegate from the Central Texas Conference and the first clergy alternate for Judicial Council, though he has recused himself from the spring meeting, according to the United Methodist News Service.

His motion passed 405-395 and is on the docket for the court’s spring meeting this week in the Chicago suburbs. 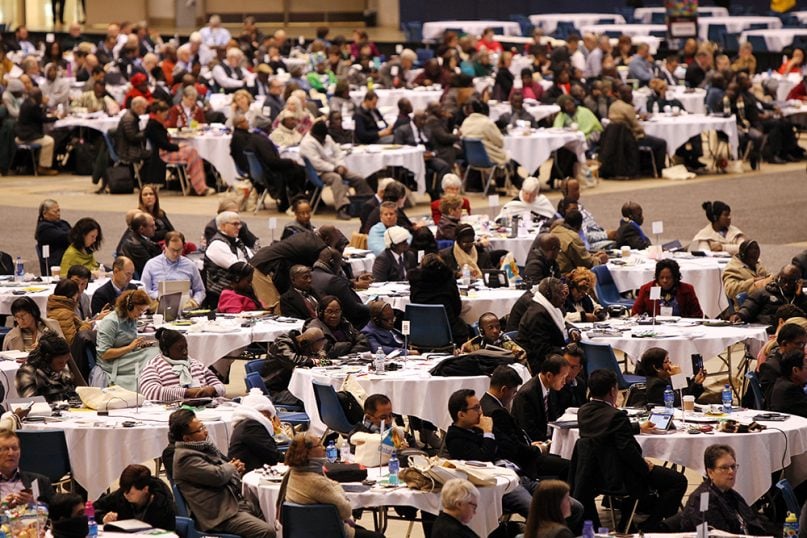 Also on this week’s docket: The denomination’s Council of Bishops has requested a similar declaratory decision on an “exit plan” that was passed at the special session allowing local churches to leave the denomination with their property.

The council’s decisions will be announced sometime after the meeting ends Friday.

What is the Traditional Plan?

In short, the Traditional Plan strengthens enforcement of language in the denomination’s rulebook regarding the ordination and marriage of LGBTQ members.

The Book of Discipline currently states that “the practice of homosexuality is incompatible with Christian teaching” and that “self-avowed practicing homosexuals” cannot be ordained as ministers, appointed to serve or be married in the church.

And it strengthens current complaint procedures and penalties in the Book of Discipline, including a minimum penalty for a clergy member who performs a same-sex wedding: a one-year suspension without pay for the first offense and a loss of credentials for the second. 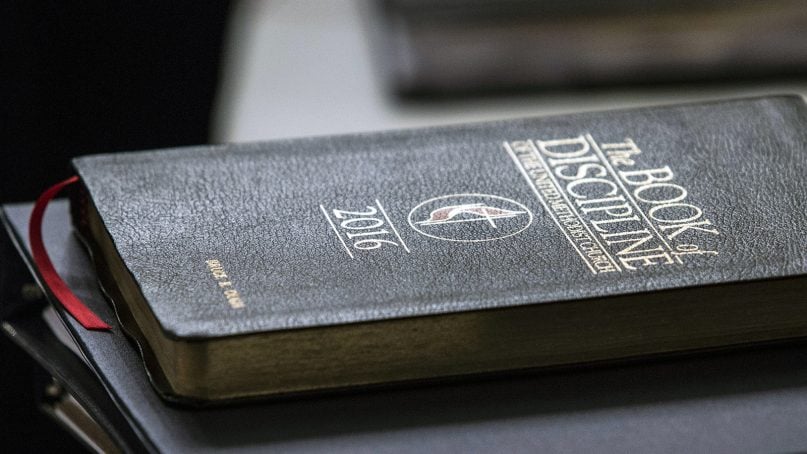 A copy of the Book of Discipline rests on a table during an oral hearing on May 22, 2018, in Evanston, Ill. Photo by Kathleen Barry/UMNS

After some amendments were made to those petitions during the special session, the court again found all or parts of a number of petitions unconstitutional. Delegates still were unable to amend all the petitions before the plan ultimately passed.

Now the Judicial Council is being asked to rule on the plan’s constitutionality one last time.

A key provision of the Traditional Plan that would have required bishops to sign a statement certifying that they would “uphold United Methodist standards on marriage and sexuality in their entirety” was jettisoned before the vote.

Another petition found unconstitutional would have allowed the Board of Ministry to investigate whether or not a candidate for ordination is “a practicing homosexual,” including a review of a candidate’s social media posts. Others would have allowed the Council of Bishops to recommend a bishop for an involuntary leave of absence or retirement and create a committee to hear those requests in order to establish a “process by which the Council of Bishops may hold one another accountable.”

What will happen if the Judicial Council decides those petitions still are unconstitutional?

Any parts of the Traditional Plan the court finds unconstitutional won’t be added to the Book of Discipline, General Conference Secretary Gary Graves told UMNS at the conclusion of the special session.

But in his brief to the Judicial Council, Bruster argued the Traditional Plan should be treated as one plan and ruled on as a whole, according to UMNS.

That’s not without precedent, he argued: In 2012, the council ruled that Plan UMC — a proposal to restructure the denomination – was unconstitutional.

“We have reviewed the plan to determine whether any part, portion or all of Plan UMC can be saved and conclude that it cannot,” the Judicial Council said in that decision.

At least six of the nine Judicial Council members must agree on a decision, according to UMNS.

Yeah, but is the United Methodist Church going to schism?

Many United Methodists have been waiting to see what the Judicial Council will decide this week.

But some opponents of the Traditional Plan already have indicated they don’t plan to follow the new rules, and United Methodists on all sides say they are open to the possibility of launching a new Methodist movement.

A group of 30 clergy, bishops and activists led by the Rev. Adam Hamilton, pastor of the largest church in the denomination, gathered earlier this month in Georgia to begin strategizing what the future might look like for those who feel they cannot remain in a denomination that denies the full inclusion of its LGBTQ members.