BOULDER, Colo. (RNS) — The sexual misconduct scandal rocking Shambhala International, one of the largest Buddhist organizations in the West, is causing the organization to suffer financially, and many of their properties and programs are being sold off or downsized.

Started in the 1970s by the Tibetan Buddhist teacher Chogyam Trungpa Rinpoche, who also founded Naropa University, Shambhala has been embroiled in crisis since last summer, when Trungpa’s son and the organization’s current spiritual leader, Sakyong Mipham Rinpoche, was accused of sexual misconduct.

Since the initial report, more allegations have been made against other senior teachers in Shambhala, suggesting a pattern of cover-ups and failure to address sexual misconduct at the upper levels of the group’s leadership.

But at the heart of Shambhala’s financial woes is the fact that, since the allegations broke, Sakyong Mipham Rinpoche has stepped back from his leadership role and is no longer teaching. Much of the organization’s revenue was generated from his teachings.

Shambhala’s entire governing board, the Kalapa Council, resigned when the scandal broke in July of last year and was replaced with an interim board that is attempting to hold the organization together. As they attempt to change Shambhala’s culture and regain the trust of their followers, they are also struggling with a drop in revenue.

According to a statement released by the interim board in March, revenue is down almost 60 percent from the beginning of 2018, and the organization has a debt of more than 1.3 million, with the entire amount due in August.

In order to address their debt, the board is looking into selling Marpa House, a Shambhala-owned property in downtown Boulder used as an intentional living community for about 40 people. It is widely beloved by many in Shambhala, and news of its potential loss was met with great dismay.

Marpa House has an estimated value of $5.5 million. Its sale would allow Shambhala to clear several significant debts and provide operating funds for Shambhala for 18-24 months. 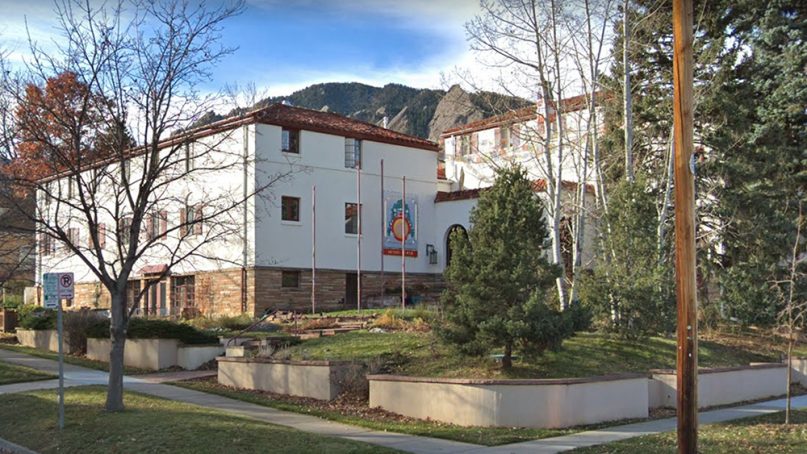 Due to the ownership structure of different properties, Shambhala has limited options for what it can sell. A separate entity owns Sakyong’s property in Halifax, the organization’s international headquarters. The Sakyong himself owns a second house in Boulder, and according to the board, he has put it on the market. The board initially investigated selling the office of the Nalanda Translation Committee in Halifax, which produces English versions of Buddhist texts, but decided to keep it open in response to protests from the Shambhala community.

According to the board, in July of 2018 the Kalapa Council borrowed $750,000 in restricted donor funds from another financial entity within Shambhala and secured the loan with a third mortgage on Marpa House.

The interim board has not yet made a definitive decision on whether to sell the house and is continuing to solicit feedback from the community. “We recognize that selling real estate to cover operational deficits is not a good idea. Nevertheless, we view this situation as a crisis and an exception,” the memo read.

The situation is complicated by the fact that Mipham’s mother, Lady Konchok Paldron, and her family live in Marpa House, and she, along with the other residents, would have to find other places to live.

A group of supporters is currently putting together a proposal to attempt to purchase Marpa House if it is sold.

Myra Woodruff, executive director of Karmê Chöling, published a statement in April detailing the center’s financial difficulties. Located in rural Vermont, Karme Choling is one of two of Shambhala’s land centers in the U.S.

According to Woodruff, Karmê Chöling faced a 50-percent drop in attendance in the first quarter of 2019, incurring a net loss of $153,330. They started the year in the black but quickly ran out of reserves.

“Between December 2019 and April 2020, we calculate a loss of $254,500 if Karmê Chöling continues normal operations under the current conditions,” Woodruff said. “Such a situation is fiscally untenable and demands prudent, creative measures, thinking outside the box.”

Due to their difficult financial position, the center will no longer be open during the winter months.

Shambhala Mountain Center, the other U.S. land center, located north of Boulder within the bounds of a national park, has also suffered setbacks but is in a better overall financial position.

In the wake of the allegations last summer and facing “significant revenue losses,” the mountain center made reductions in its staff, according to a statement from its director, Michael Gayner. It also lost a grant funder that served as its primary source of scholarships and is now attempting to create an in-house scholarship program.

But as of December 2018, the center was over 99-percent funded, Gayner said. “People are really committed to supporting us,” he said, noting that the center, which has been open for more than 50 years, has a strong community network and donor pool to rely on.

“Due to the instability in Shambhala over the last months, sales from Kalapa Publications have decreased substantially,” said Director Emily Hilburn Sell in a statement sent to a community. “At this point, the decline in sales is jeopardizing our ability to continue publishing teachings for the community.”

In order to stay financially viable, the publisher has “significantly reduced” the size of its staff and is increasing the amount of pre-sales for books to better judge the actual amount needed. It is also offering more sales and ebooks.

There is no centralized data on the extent to which local centers have experienced a drop in revenue, but some were already suffering a decline in membership when the scandal hit.

In December of 2018, the Shambhala center of New York City was forced to close its doors due to a lack of funds, but in an interview with the Buddhist publication Lion’s Roar, the New York center’s director, Eric Spiegel, said that, while the sexual misconduct allegations were a factor, the center had already been struggling to keep up with a rent of $3,000 per month. The group is searching for a new permanent location and is currently using space at a yoga center.