(RNS) — Filmmaker Mitch Davis is hoping for a million Americans to go to the cinema next weekend to jump-start the long-awaited release of “The Other Side of Heaven 2: Fire of Faith,” which opens nationwide on June 28.

It’s been 18 years since the first “Other Side of Heaven” movie, starring Christopher Gorham and Anne Hathaway, was a surprise hit in 2001.

Davis — who wrote, directed, and produced the sequel after directing and co-writing the first film — says the 2001 success was the beginning of Hollywood taking notice of uplifting, faith-oriented films.

“Many, many people in the world today have faith, but faith has been and continues to be marginalized and ridiculed in the movies,” he says. “So when we have a chance to have our faith affirmed from some unlikely actor perceived to be part of Hollywood, it’s a remarkable, exciting thing.”

That, he said, created the groundswell of support for the first film, which had a modest initial opening in theaters but went on to make nearly $5 million at the box office, and even more when its video distribution was picked up by Walt Disney Home Entertainment. 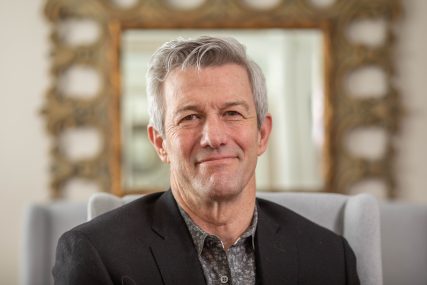 “The fact that Disney used it for their brand, and that Anne Hathaway was in a movie with a faith theme, helped it be so enthusiastically received: for once, they’re not making fun of us. For once, they’re depicting us as humans who can laugh and cry and bleed,” says Davis.

Hathaway will not be reprising her role as Jean Groberg, wife of Elder John Groberg, whose memoirs of his Mormon mission in the South Pacific in the 1950s are the foundation of both scripts. In this sequel, set in the 1960s, the Grobergs return to Tonga as the parents of five children, with a sixth on the way. When that son is born he becomes gravely ill, the family can’t get access to the emergency care he needs, so they rely on prayer and neighborly love to get through the crisis.

Davis wove the stories of Protestants and Mormons working together in the script to make a theological point.

“We really are all God’s children, and we ought to lock arms rather than retreat into our separate corners rather than pointing fingers suspiciously at each other,” he says. “What happened in the case of the Grobergs was that the entire island of Methodists, Catholics, and Mormons, including the royal family, united in fasting and prayer for the life of their little boy. I think that’s just a great example for our planet right now. Politically and religiously, there is so much unnecessary polarization.”

To that ecumenical end, one of the film’s premieres took place at Fuller Theological Seminary, an evangelical training ground for pastors in Pasadena, Calif. Richard Mouw, the seminary’s president emeritus and a longtime bridge-builder between Protestants and Mormons, is expected to give some brief remarks.

After other screenings in Oakland, Calif. (June 24), Salt Lake City, Utah (June 26) and New York (June 27), the film will debut nationally on nearly 200 US screens. 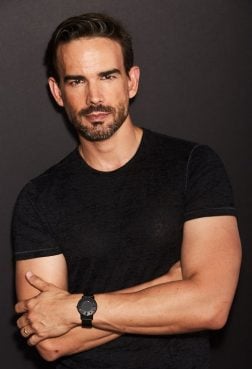 Actor Christopher Gorham, who is reprising his role as Elder John Groberg.

Getting attention for the $7.5 million film is a challenge; while that’s a large budget for the faith film industry, it’s small potatoes compared to the movies it will be competing against.

Not having Anne Hathaway as a headliner is another obstacle the sequel faces. Timing is another. “The Other Side of Heaven 2” is sandwiched between the releases of massive franchise movies — “Toy Story 4” came out last weekend and “Spider-Man: Far from Home” hits theaters on July 2.

That timing is no accident, says Davis. He’s trying to prove a point by releasing his picture in the height the of summer blockbuster season.

“We want to show Hollywood that this kind of movie can perform against that kind of competition,” he says. “If a movie can succeed inside a U.S. theater in July, it’s automatically given a free ticket to go almost everywhere else in the world in subsequent distribution.”

The future all hinges on a successful opening weekend. “I don’t want people reading the article to say, ‘I’ll see it the second, third, or fourth week.’ If we don’t prove to AMC and Cinemark that we can have a strong opening weekend, the movie will just be gone. We’ve really got to organize and get people to the theaters that opening weekend. We’ve got to deliver.”

He believes it will happen because the first movie was such a fan favorite. Although it was filmed nearly 20 years ago, he and Elder Groberg—who is still alive, though retired from his LDS Church service—receive emails regularly about “The Other Side of Heaven” from viewers all over the world. Some people are only now coming across it for the first time (facilitated by its presence on Amazon Prime), and it is still changing lives.

Davis particularly hopes that his fellow Latter-day Saints will mobilize themselves to get to the theater. “It is not a stretch to say that if one million Mormons go spend two hours and ten bucks watching this movie inside a theater in the U.S. in a couple weeks, it will be given the capacity to spend the next 20 years wandering the earth, doing good,” he says. “That is a very powerful and very real multiplier. We have the ability to magnify this movie to extraordinary proportions and eat buttered popcorn while we do it.”