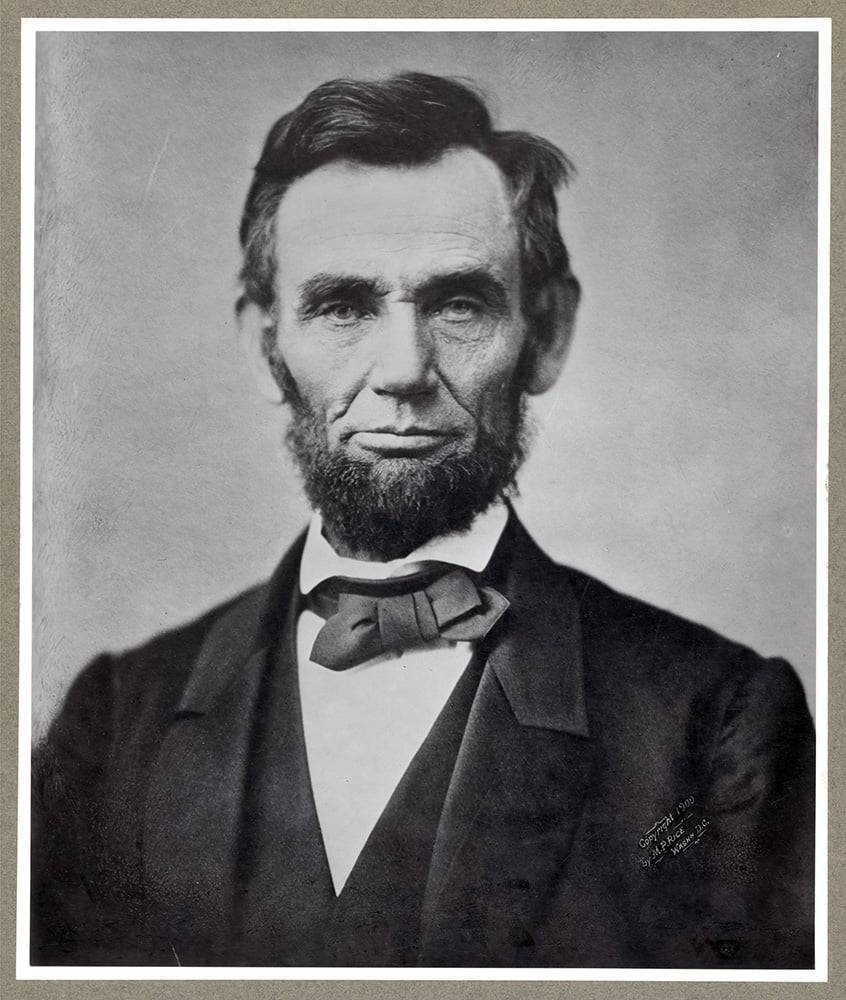 (RNS) — The recent rediscovery of a Bible once owned by Abraham Lincoln has renewed a long-standing debate about Lincoln’s faith and what role it played in his life and presidency. It has also reminded us how maddeningly untraditional and surprisingly modern his faith was.

The high ground in these debates has long been occupied by those who see Lincoln as a stalwart believer, a man converted and equal to the many references to God in his magnificent speeches.

Then there are those, most Lincoln scholars among them, who insist that Lincoln was an atheist, or at least an agnostic, and that his public use of God-language was merely the religious window dressing required of politicians in a religious age.

A wide variety of other views are arrayed between these two camps — not to mention a few outliers that maintain, for instance, that Lincoln was a wizard who astonished friends with his magical powers.

Obscured by the fog of these debates is the reality that the story of Lincoln’s faith was a journey, a progression. He was an atheist, then a seeker. He claimed to be spiritual but not religious, was churched though not converted. Ultimately, he was convinced of God’s existence but agonized over the meaning of Providence in a tragic world.

In other words, Lincoln’s faith was much like what we see among millions today. 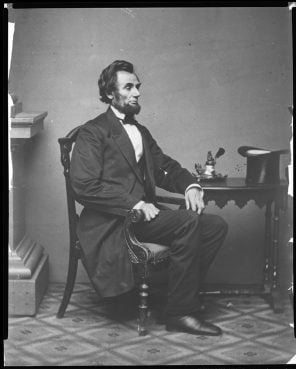 Abraham Lincoln with a badly swollen right hand after shaking hands with thousands of people during his journey to Washington, D.C. During most of the sitting he kept his right hand closed or out of view. Probably taken on Feb. 24, 1861. Photo by Alexander Gardner/LOC/Creative Commons

He spent his childhood on the American frontier during the Second Great Awakening, that raucous, fiery, transforming revival that drew teeming crowds and set young Abraham’s home state of Kentucky ablaze. Lincoln watched but was not won, the awakening proving too sweaty, too loud, too intellectually thin for his sensitive young soul.

It did not help that his father was the kind of man who would get weepy about Jesus at dinner and the next day treat his children harshly. It served to drive Abraham from the fold.

At the age of 21, Lincoln left his family and settled in New Salem, Illinois. His later law partner, William Herndon, said of this time that Lincoln was “surrounded by a class of people exceedingly liberal in matters of religion.” He began reading works like Thomas Paine’s “The Age of Reason,” Edward Gibbon’s “The Decline and Fall of the Roman Empire” and Constantin-Francois Volney’s “The Ruins of Empires.” These convinced Lincoln of both the fallacy of the Christian faith and the folly of religious men.

He became the village atheist. He carried a Bible only to argue against it. He was contentious and began living out what Winston Churchill would offer as a definition of a fanatic: “one who can’t change his mind and won’t change the subject.” People saw him on the streets of New Salem and quickly walked the other way.

He even wrote an essay, titled “Infidelity,” attacking Christianity. He intended to have it printed and distributed. Friends were mortified. Fearing damage to Lincoln’s political aspirations, one friend seized the offending document and burned it.

Change came when he moved to Springfield. He encountered intelligent Christians capable of giving a reasoned explanation for their faith. He also fell in love with Mary Todd, a devoted Episcopalian. He began to soften in matters of religion. He began to listen. The atheistic rage began seeping from his soul.

He also befriended clergymen he could respect, a fierce Springfield Presbyterian pastor named Dr. James Smith, in particular. They made their mark on him, particularly in times of grief. Cruel death had stolen his mother when he was 9, his sister when he was 16, and his beloved Ann Rutledge when he was in his early 20s. He said he was haunted by the thought of rain falling on graves. Depression had long been his nemesis: Friends reported that melancholy seemed to drip from him as he walked.

So, when his son Eddie died in 1850, he was in danger. The familiar darkness enveloped him. Fortunately, seasoned ministers were at his side. Valiant clergymen helped him fix his gaze on God despite his grief and fought to keep him from the abyss of depression. 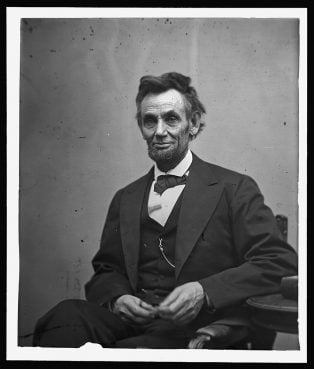 In time, he warmed to religion. Though he never joined a church, he began attending regularly with his wife, Mary. He counted clergymen among his closest friends and contributed to Christian causes. He even loaned a team of horses and a buggy for a year to a Baptist pastor newly moved to Springfield. He also read the Bible, books on Christian apologetics and sermons.

He became a type we are familiar with today. He was a man turned to God but skeptical of churches, eager for spiritual experience but suspicious of religious systems. He once said that if he could find a church that had as its only creed “Thou shalt love the Lord thy God with all thy heart, and with all thy soul, and with all thy mind, and thy neighbor as thyself,” he would happily join.

He was no longer the village atheist. He had begun to believe, though he was not quite an orthodox Christian. He was a seeker without certainty, a pilgrim not yet fully home.

This is the Lincoln who entered the presidency. He attended church weekly, kept a Bible on his desk and often asked religious questions of unsuspecting White House visitors. He believed but was wracked by doubt. He wrestled constantly with God over his purposes in the great Civil War. Always, he was tormented by the deaths, the hundreds of thousands of deaths, that were the price of the bloodletting he could not prevent. Death would again touch him personally when his son Willie died a year into his first term. He was haunted still by the thought of rain falling on graves.

After Lincoln was assassinated, Mary Todd Lincoln told a clergyman that among her husband’s last words was that he hoped to go to Jerusalem after the war to walk “in the footsteps of the Savior.” If true, it was a telling statement of how far Lincoln had come from his early atheist days.

His was a life cut short and a faith left incomplete. Yet, what faith he had has shaped the American experience. It was Lincoln, tortured and pleading as he was, who spoke to us in his inaugural addresses of “the better angels of our nature,” of “Him who has never yet forsaken this favored land” and of an “Almighty” who “has his own purposes,” terrible though they might be.

There is comfort in these words, as there is in Lincoln, raw and hurting yet turned to God. We are helped to remember that the costly journey of faith grants its own rewards, even when left unfinished. Thank you, Abraham Lincoln.

(Stephen Mansfield is the New York Times bestselling author of “The Faith of George W. Bush,” “The Faith of Barack Obama,” “Lincoln’s Battle with God” and “Choosing Donald Trump.” The views expressed in this commentary do not necessarily reflect those of Religion News Service.)