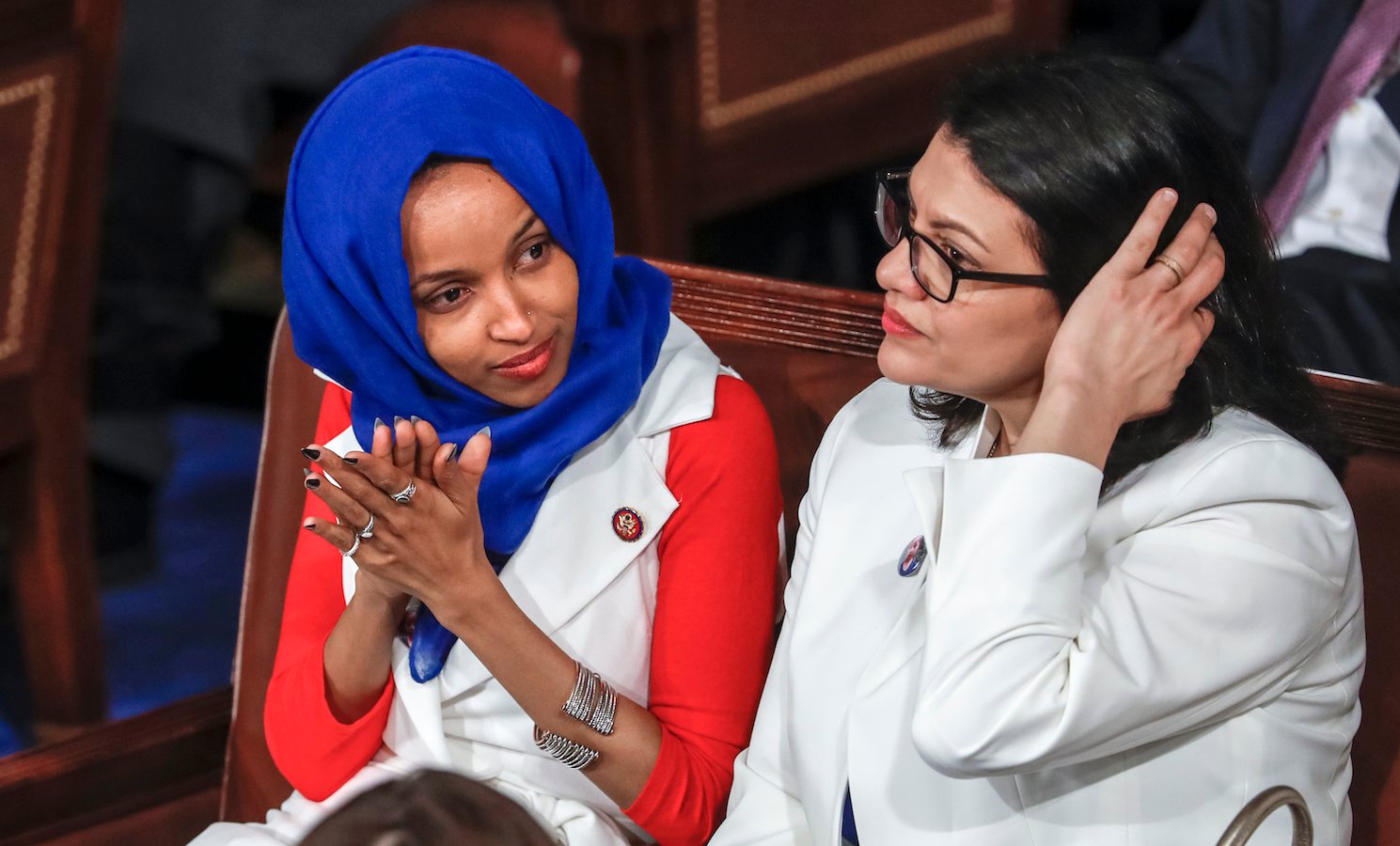 As in: Masada, the iconic site in the Judean wilderness, where Jewish zealots killed their families, and then themselves, in an act of futile defiance of a Roman siege. This was simply the final act of a fruitless battle against the Romans.

For years, Israelis and other observers have used the term “Masada complex” to refer to Israel’s useless and foolhardy actions that do little to advance peace and only emanate from the “screw you” vision of Israeli policy. In other words: We gather ourselves on the mountain; we circle the wagons; and we act in our own worst interests.

This week, Israel first permitted U.S. Reps. Ilhan Omar and Rashida Tlaib to visit the country, then barred them from entry after President Trump essentially teased/humiliated/bullied Prime Minister Benjamin Netanyahu into rejecting them. In the third act of this drama, Israel relented, allowing Tlaib to visit her grandmother on the West Bank, at which point Tlaib refused to go after all.

If there were an event in the Olympics for "Who disagrees with these women more?" I could compete with anyone.

Nevertheless, this whole affair is a public relations Masada for Israel. The Netanyahu government could not have given a better early Christmas (and, yes, Hanukah) gift to anti-Israel activists.

But here is what no one has yet said: Denying these women entry to Israel violates the true meaning of Zionism.

It is far more likely that they want to destroy American support for Israel, not Israel itself.

Their visit could help destroy Israel? Seriously? Are we living in a comic book universe, in which these women have previously unknown superpowers that would allow them to destroy a sovereign state?

Rather, let us ask ourselves: How would classic Zionism deal with this issue?

Whatever else Zionism is, it is about a historically disempowered people who have empowered themselves to make their own decisions, to build their land, and to defend themselves. 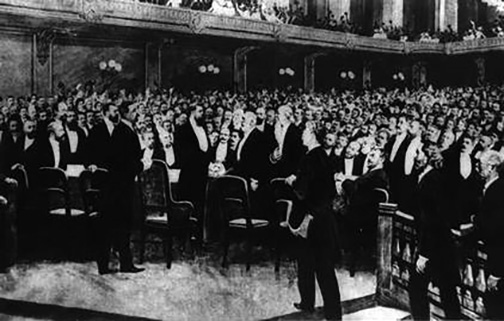 The delegates at the first Zionist Congress, held in Basel, Switzerland, in 1897. Photo courtesy of the Creative Commons

At the first Zionist Congress in 1897, Max Nordau, the prophet of “muscular Judaism,” proclaimed:

"The emancipated Jew is insecure in his relations with his fellow man, timid with strangers, and suspicious even of the secret feelings of his friends. His best powers are dissipated in suppressing and destroying, or at least in the difficult task of concealing his true character … He has become a cripple within, and a counterfeit person without, so that like everything unreal, he is ridiculous and hateful to all men of high standards.

This was Nordau’s critique of exile.

The Jew was emancipated, yes — socially and culturally.

But galut, the diaspora, had created within us a timidity, a suspicion of the other, a suppression of our true identity.

Nordau is turning over in his grave.

Recall the great medieval rabbi RASHI’s commentary on the report of the spies who entered the Land of Israel in the book of Numbers: “Are the cities open or fortified? Because if they are fortified, if they are behind walls, it shows that the inhabitants are weak.”

Certainly, those who opposed the visit of the congresswomen are great supporters of Israel. And, they would surely call themselves Zionists.

Except: Zionism means, in the words of the folk song: “We have come to the Land, to build — and to be built by it.”

This is not just about Israel.

It is also about Zionism. Zionism was supposed to have created a new Jew, a courageous Jew, a Jew unafraid to face the world.

That Jew would say to Reps. Omar and Tlaib: “We certainly disagree with your positions on Israel. But, nevertheless, welcome to Israel.

"Yes, we would like you to visit Yad Va Shem; visit our high-tech centers, some of which have given you the invisible power to send tweets; see the medical research that is saving lives, and might even save your life or the life of a loved one; eat hummus at Machaneh Yehuda.

"But, the state of Israel is not your tourist agency. Go where you want to go. Visit wherever you want to visit. Maybe this trip will change your mind a little bit. Even if it doesn’t, welcome to Israel.”

We did not create Israel so that she could resemble a ghetto — physically, mentally and politically.

In the words of Hatikva: We wanted to be “a free people in our land.”

If freedom means anything, it means a liberation from our own fears.