(RNS) — In politics, it is common to have disagreements over values and goals. What makes government decision-making even more difficult today is that we disagree not only on goals but also on the facts.

Is the planet warming? Are asylum-seekers in danger if they are returned to their countries or told to wait in Mexico? Would a single-payer health care system bankrupt the government?

The easy problems are those on which we agree about facts and goals: The bridge has collapsed and needs to be replaced. There are lots of additional issues that will need to be resolved (design, contractors and how to pay for it), but we know how to build a new bridge. Agreement on the facts and goal makes subsequent decisions easier to make.

When we have agreement on facts but not values and goals, then we need a political process.

For example, if a city has a million-dollar surplus, what should we do with the money? We agree on the amount of the surplus, but not on what to do with it.

Disagreements over goals and values can only be resolved through negotiations, compromise or the exercise of power. We have the votes; you lose.

There are even political situations where we agree on goals but disagree on facts, or don’t know how to reach the goal.

During World War II, we wanted to defeat our enemies, but at the beginning of the war it was not clear how to do that. During the space race, we decided to put a man on the moon, but no one in Congress had the scientific and engineering knowledge necessary to make that happen.

In both these cases, we called on experts to research the problem, find solutions and do the work. Often that meant trial and error until a good solution was found. 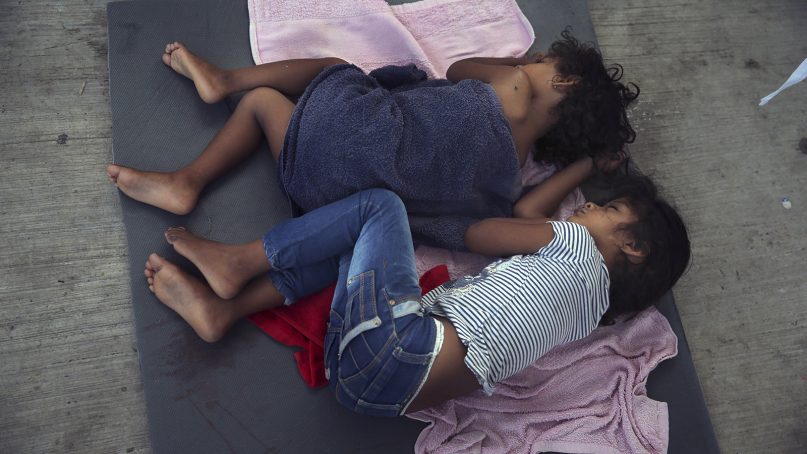 Migrant children sleep on a mattress on the floor of the AMAR migrant shelter in Nuevo Laredo, Mexico, on July 17, 2019. Asylum-seekers grappled to understand what a new U.S. policy that all but eliminates refugee claims by Central Americans and many others meant for their bids to find a better life in America amid a chaos of rumors, confusion and fear. (AP Photo/Marco Ugarte)

Research and science, however, get corrupted when people play fast and loose with facts. Biased researchers are commonly funded by special interest groups who want the facts on their side. Politicians use “alternative facts” to support their case. Disputes over facts have become so common that it has created a new branch of journalism devoted to fact-checking statements of politicians of both parties.

St. Augustine believed that the prohibition against lying was absolute for Christians, even if it cost them their lives. In his view, lying was an intrinsic evil. Later moralists argued that one could lie to protect oneself from an evil person or state.

Today, we have gotten so far from Augustine that people will lie simply to win an argument or make a buck. The end justifies the means. And when caught lying, they have no shame or sense of guilt.

The immigration debate is one in which we see disagreements over both values and facts, which is what makes it so difficult to resolve.

Values: What kind of immigrants do we want in terms of wealth, education, ethnicity, race and religion? Should we prioritize reuniting families or immigrants who boost our economy? How should we deal with those who have come here illegally? Should we separate families at the border? 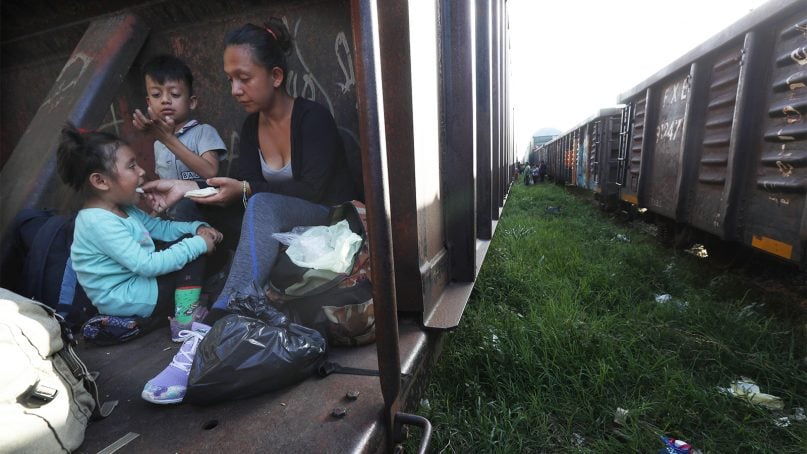 A migrant mother and children ride a freight train on their journey north to seek refuge in the U.S., in Palenque, Chiapas state, Mexico, on June 24, 2019. (AP Photo/Marco Ugarte)

There is no question that sometimes researchers and scientists get it wrong. But science at its best is a self-correcting process, in which other scientists can critique and improve on the work of their peers. But when politicians and the public dismiss scientific findings because they do not like the results, then we are in trouble.

Today’s asylum-seekers from the Middle East, Africa and Central America claim that their lives have been threatened for political, religious or identity reasons or simply because they would not cooperate with the gangs that are prevalent in their countries. Some refugees are women fleeing spousal abuse. Sometimes the government is the persecutor; sometimes it simply looks the other way and allows the violence to take place.

The Trump administration asserts that most asylum-seekers are frauds who are really coming to the United States for economic reasons. The administration claims that they can be safely returned to their countries.

This is a fact question that should be researched. The Trump administration has already returned thousands of asylum-seekers to Central America. What happened to them after their return? We have some anecdotal reporting on returned asylum-seekers, but no comprehensive study.

Congress should demand that the Government Accountability Office, the Department of Homeland Security and the State Department do the research to find out what happened to these people after they were returned. Were they killed? Are they still under threat? Did their governments protect them?

Academics, nongovernmental organizations and the Catholic Church should also do this research. We need to know what happens to people who are sent back.

Policymaking should be influenced by facts. Making decisions ignorant of the facts is irresponsible. It is shooting in the dark when we don’t know whom we will hurt.

But our values must also come into play. When the facts are uncertain, when the research is incomplete, we must lean toward the solution that is safest for the people affected. Gambling with people’s lives is not acceptable.