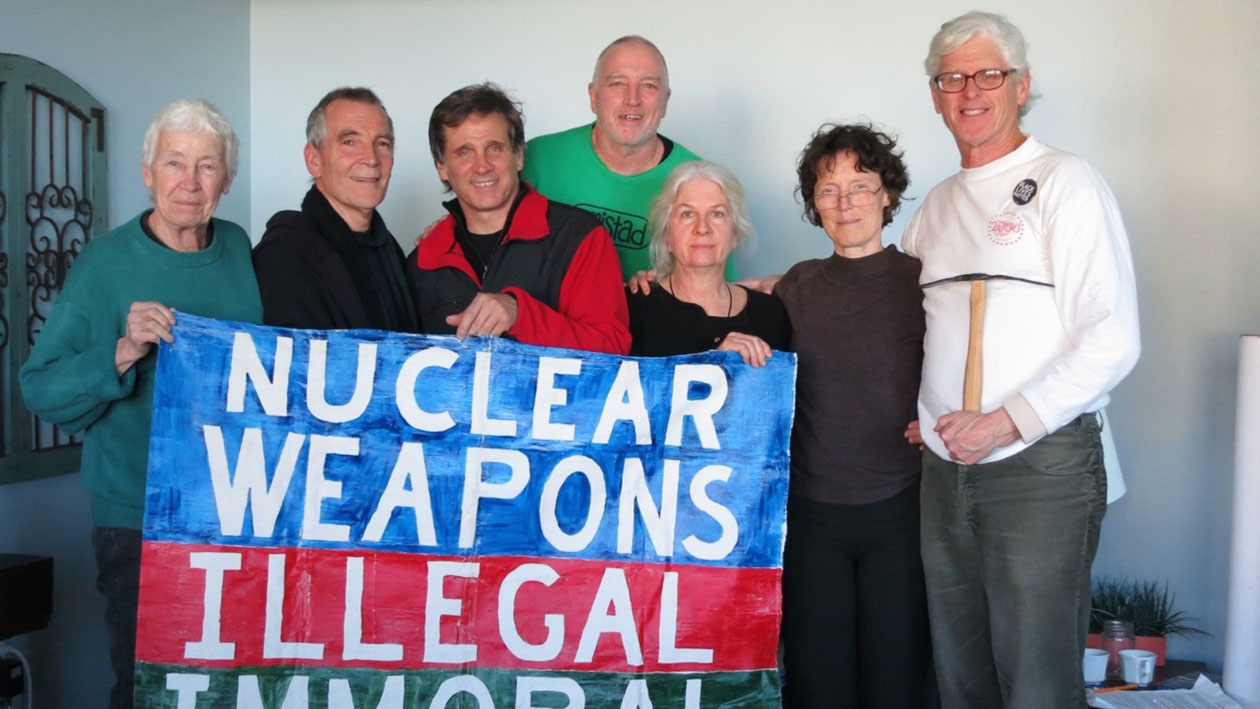 (RNS) — A federal judge has denied a request by a group of Catholic peace activists to dismiss charges against them for breaking into a nuclear submarine base in Kings Bay, Georgia, last year to protest nuclear weapons.

The seven activists, individually and through their lawyers, used a novel defense, citing the Religious Freedom Restoration Act, a 1993 federal law that says the government may not burden the faith practices of a person with sincerely held religious beliefs.

But Judge Lisa Godbey Wood, a federal judge in the U.S. District Court for the Southern District of Georgia, denied that defense and scheduled a jury trial for Oct. 21.

The activists, known as the Kings Bay Plowshares 7, face up to 25 years in prison each for trespassing on the U.S. Navy base, which houses six Trident submarines designed to carry nearly 200 nuclear warheads apiece.

The seven, mostly middle-aged or elderly, will each stand trial on three felonies and one misdemeanor: destruction of property on a naval installation, depredation of government property, trespass and conspiracy.

But the judge found that the government has a compelling interest in the safety of the people working at the Kings Bay Naval Submarine Base and in the security of the nuclear weapons housed there. Therefore, she found that the legal charges leveled against the activists were “the least restrictive means of furthering its compelling interests in these circumstances.” Her 19-page opinion denies all the defendants' motions.

On the night of April 4, 2018, the group stole onto the Kings Bay base in St. Marys, Georgia, cut a padlock and later a security fence, spilled blood on Navy wall insignia, spray-painted anti-war slogans on a walkway and banged on a monument to nuclear warfare using hammers made of melted-down guns. Their goal, they said, was to symbolically disarm the weapons.

The group is part of a 39-year-old anti-nuclear movement called Plowshares, inspired by the prediction of the biblical prophet Isaiah that the nations of the world shall “beat their swords into plowshares.” Its activists have made a signature of breaking into nuclear weapons bases to hammer on buildings and military hardware and pour human blood on them.

The defendants are all residents of Catholic Worker houses, a collection of 200 independent houses across the country that feed and house the poor. They include a Jesuit priest, a former nun and a granddaughter of Dorothy Day, a co-founder of the Catholic Worker movement who is under consideration by the Catholic Church for canonization as a saint.

Now it will be up to the group to convince the court that the Plowshares group ought to be able to present experts who can testify about Catholic social teachings on nuclear weapons and why non-violent actions protesting nuclear weapons care consistent with their faith.

“The fight is going to be over how much of their faith can they testify to and what other kinds of evidence will the court allow the jury to hear,” said William P. Quigley, a law professor at Loyola University New Orleans College of Law, who is helping the Kings Bay Plowshares 7 argue their case pro bono.

Quigley said he expected a flurry of pretrial motions on admissible testimony before the Oct. 21 trial in a federal courtroom in Brunswick, Georgia, about 70 miles north of Jacksonville, Florida.

“Traditionally, governments want to restrict the amount of evidence put on. They want to focus on the lock, the fence, the paint,” he said. “The defendants want to put their actions into the context of their faith and in the context of what it says about nuclear weapons.”