Pope Francis speaks during the opening session of the Amazon synod at the Vatican on Oct. 7, 2019. Francis opened the three-week meeting on preserving the rainforest and ministering to its native people as he fended off attacks from conservatives who are opposed to his ecological agenda. (AP Photo/Andrew Medichini)

VATICAN CITY (RNS) — As the Amazonian bishops come to the end of their first week of meetings in Rome discussing the issues facing their region, they were united in condemning attacks on the rainforest and the indigenous peoples.

The bishops do not approach these problems from an abstract, ideological angle. They see the destruction every day in their dioceses.

The 185 synod delegates, most of whom are bishops from the Amazon region, were called to Rome by Pope Francis for a three-week special synod to discuss the situation in their region.

The mornings of the first three days (Oct. 7-9) of the synod were devoted to four-minute prepared speeches from the bishops and lay observers, many of whom are themselves indigenous. In the evening sessions, participants were given a chance to respond to what they had heard during the day.

Following the speeches are two days of meetings in 12 groups of about 20 people organized by language to allow for free discussions without translators. Five of the small groups are for Spanish speakers, four for Portuguese, two for Italian and one that includes both English and French.

Here the bishops and lay observers participate on an equal basis. In past synods, these small group sessions have been very popular because they involve informal interaction rather than passive listening to a series to speeches.

For the bishops, the issues of the synod are personal. Brazilian Bishop Erwin Kräutler, for example, spoke passionately of the damage done by the building of the Belo Monte hydroelectric power plant in the prelature of Xingu, which he headed from 1981-2015.

“This is not clean energy,” he cried. Huge swaths of forest were destroyed by the dam, rivers ran dry, tons of fish were killed, and the indigenous people were forced out of their territory into camps with abysmal living conditions.

All of the promises about how the project would benefit the people were broken, he said. Decisions were made in Brasilia, the capital of Brazil, without consulting the locals. Economic interests trumped the needs of the people and the environment.

Other bishops spoke of the damage done by mines. Rainforests have been bulldozed to get at precious metals. Rivers have been polluted by toxic chemicals used in the mining process. Fish, on which the indigenous survived for centuries, were killed off. Aquifers have also been contaminated, and in many places the water is no longer drinkable. Mercury levels have risen dangerously in the blood of local residents.

“The church has been urged to denounce the distortions of predatory, illegal and violent extractive models, and to support international regulations that protect human, social and environmental rights,” according to a summary of the sessions produced by the Vatican press office, “because the cry of the pain of the plundered land is the same as that of the peoples who inhabit it.”

Nor has logging or agribusiness treated the territory any better. Trees have been cut down with no concern for sustainability of the forest. Cattle ranchers have burned forests to create grasslands for their herds. The same is true for farmers who practice monoculture after destroying the biodiversity of the rainforest.

Cardinal Reinhard Marx of Munich-Freising, one of the non-Amazonian bishops at the synod, called for “an end to corruption, exploitation and global indifference” that allow this exploitation to happen. There is a need “to review our actions again and again for the effects they have on nature and on people in the world,” he said.

Other speakers called for an ecological conversion that would make people perceive destruction of the environment as a grave sin against God, against neighbor and future generations. Theological literature, they said, needs to include “ecological sins” with the traditionally known transgressions. 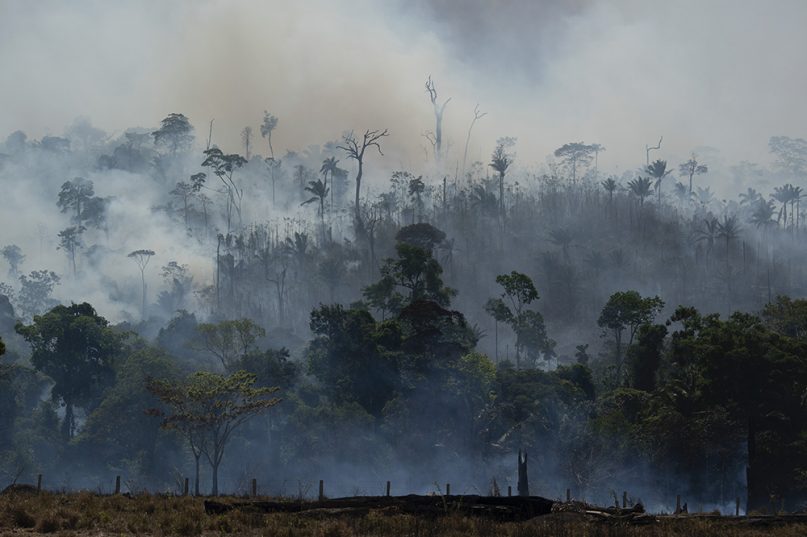 None of these bishops argued against development or wanted the Amazon preserved as a museum. But they favor sustainable development that protects the biodiversity of the rainforests and respects the rights of the indigenous residents. In his 2015 encyclical “Laudato Si’,” the pope speaks of this as “integral ecology.”

In his intervention responding to the two days of talks, the pope spoke about violence in the Amazon territory, especially violence against women. Bishops had spoken about how indigenous leaders have been treated as criminals. Thousands have been killed with impunity because the state has neither the ability nor the will to defend them. The bishops spoke of those killed as martyrs.

Those forced off their lands, as well as migrants and refugees from civil wars and criminal gangs, have fled to the cities in the region, and bishops were attentive to their needs as well. Having been uprooted from their traditional lands and culture, these people are especially at risk of poverty, alcoholism and drugs. In many ways their situation is worse than those who remain in the forest.

It was reiterated that the church must defend those who struggle to protect their lands by raising its voice against projects that destroy the environment. Speakers also called for the creation, where they do not already exist, of diocesan, national and international networks to support solidarity and social justice for the indigenous.

They also recognized the need for ecumenical and interreligious cooperation on these issues.

The bishops denied that they were taking up this cause because it is “fashionable.” Rather, they are obliged to get involved because it has become a question of life and death, for humanity and the planet.

They spoke about the need to respond to the pastoral needs of their people. Of special concern was the lack of clergy that deprived local communities of the Eucharist. Some villages have the Eucharist only two or three times a year. Indigenous vocations are very rare because celibacy is a completely foreign concept that is unacceptable in their cultures.

Most of the bishops appear to be open to ordaining “viri probati,” married men of proven virtue, from indigenous communities. A few bishops expressed reservations, but Bishop Kräutler estimated that two-thirds of the bishops would support ordaining married men. In this they are reflecting what they hear from their people and the needs of their dioceses. He also said that many of the bishops favor having women deacons. 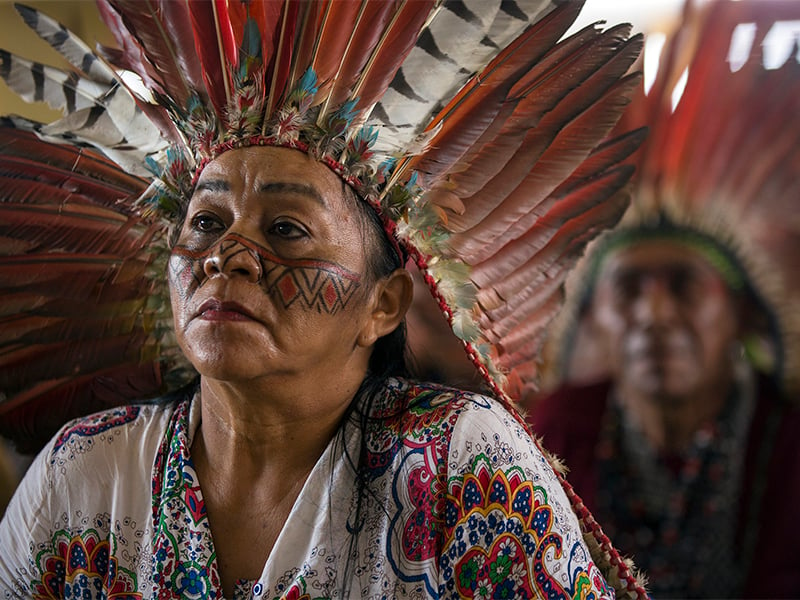 Leticia Yawanawa, from Acre, Brazil, listens to a speech during a meeting by Amazonian indigenous in Puerto Maldonado, Madre de Dios province, Peru, on Jan. 18, 2018, one day ahead of Pope Francis’ arrival to Peru’s Amazon. (AP Photo/Rodrigo Abd)

“The indigenous people don’t understand celibacy. They say that very openly and I see it,” he said at a news conference Wednesday. “When I get to an indigenous village, the first thing they ask is, where is your wife?”

There was also a proposal for an indigenous rite that would allow the Eucharist and the sacraments to be celebrated in ways that reflected the local cultures, rather than simply translating the Roman rituals that reflect a European setting. Bishops spoke of the pope’s appeal to shape a church with an indigenous face, capable of rereading the essential elements of the Catholic universe in an indigenous key.

Such a project would require creativity and experimentation, which have not been allowed by the Vatican Congregation for Divine Worship in the past. The bishops realize that indigenous cultures must be allowed to develop their own ways of expressing their faith in Christ, but they are uncertain how to do it.

The synod will not answer that question, but it could open the door to a process that finds a way.