(RNS) — The Mormon world was rocked on Monday (Dec. 16) when news broke that a whistleblower had accused The Church of Jesus Christ of Latter-day Saints of misleading members regarding more than $100 billion retained in accounts accumulated from tithe donations.

But despite ample handwringing, legal experts are skeptical the news will trigger a backlash from the IRS, and they note that the LDS church’s tradition of aggressive saving dates back decades.

According to The Washington Post, the whistleblower, David A. Nielsen, called on the IRS to strip the tax-exempt status from Ensign Peak Advisors, an organization affiliated with the church that houses its money and puts it into an investment portfolio to generate additional funds. Nielsen alleged that the organization has not used the money to give to charity but has instead largely retained it except for bailing out businesses and other ventures.

Church leaders released a rare statement in response that did not directly confirm the whistleblower’s account but acknowledged the existence of funds set aside as a “prudent reserve for the future” and said the church is abiding by its beliefs.

“This is a sound doctrinal and financial principle taught by the Savior in the Parable of the Talents and lived by the Church and its members,” the statement reads in part. “All Church funds exist for no other reason than to support the Church’s divinely appointed mission.”

According to The Washington Post, the whistleblower alleged that church leaders offered a more specific justification: They were set aside in the event of the Second Coming — the belief in a time when Jesus Christ will return to earth, as foretold in the Book of Revelation. 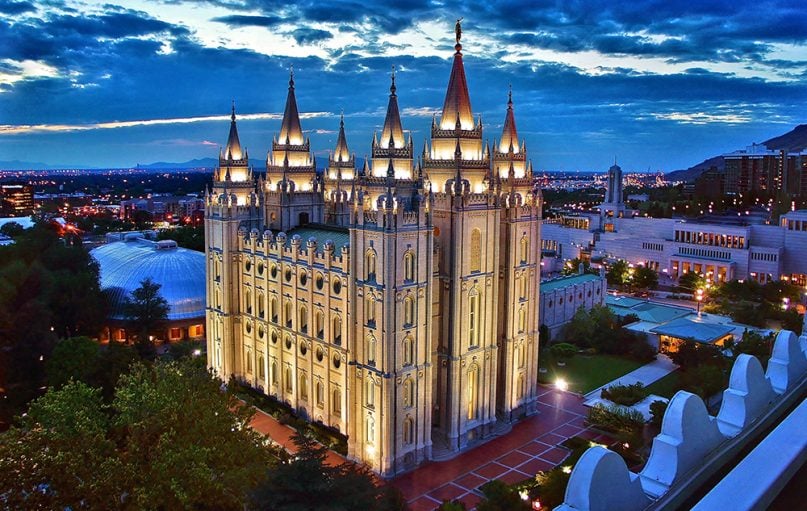 “From a tax perspective, if Ensign Peak Advisors makes that assertion, it doesn’t have any tax relevance,” he said.

Instead, Brunson explained that one of the core issues embedded in the complaint is that the church uses a separate entity — Ensign Peak Advisors — to hold its funds.

Storing money is not atypical for a religious entity like the LDS church. Many charities hold onto money themselves or make use of traditional outside investment funds: Harvard University is known for a $41 billion endowment, for instance, and has been referred to by The Nation as “a hedge fund with a university attached.”

According to Nathan Oman, a professor at William and Mary Law School and an expert in LDS church legal history, the church’s habit of aggressive saving emerged from a series of financial near-calamities.

“At various points in its history, the Mormon church has had financial difficulties and were not able to meet expenses out of revenues,” he said. “Forecasting costs and controlling costs were things that (church leaders) weren’t really good at doing yet.”

Brunson noted that the mid-20th century is also when the church became more circumspect about revealing details of its finances. Oman explained that it was around this same time — in the late 1960s — that Nathan Eldon Tanner, a former legislator in Alberta, Canada, was called upon to help the church remain financially solvent.

“(Tanner) put in place three basic principles of financial management for the church,” said Oman, who is Mormon. “The first principle is they never spend more money in a given year than they take in tithing revenue. The second principle is you never borrow money. And the third principle is you take part of your tithing donations every year and you put them in a rainy day fund for the future.”

But according to the whistleblower complaint, the way the LDS church is currently storing money is unusual. Ensign Peak Advisors is designated as a supporting organization and integrated auxiliary of the LDS church and is granted tax-exempt status.

In a blog post for the Mormon website By Common Consent, Brunson explained that Ensign Peak Advisors falls under a murky category for the IRS. The agency has granted tax exemptions in the past to money-holding organizations whose sole purpose is charitable, but only if the funds they eventually dole out are “commensurate in scope with its financial resources.”

“The IRS has never said what ‘commensurate in scope’ means,” Brunson said, noting that some interpretations would argue that Ensign Peak Advisors had run afoul of tax law.

Philip Hackney, a law professor at the University of Pittsburgh and a former IRS official, said the report may evoke debate over whether religious groups should be allowed to retain massive endowments without disclosing them.

“I think the endowment is a live a question for society, in terms of what an endowment in a charitable solution is for,” he said.

However, even if the IRS came down on the group, Brunson downplayed the potential repercussions of the complaint. He said Ensign Peak Advisors likely accrued most of its money in time periods that fall beyond the statute of limitations for such cases, limiting the impact were it to be stripped of its tax-exempt status.

“Even if there is something there, there’s not a lot of revenue for potentially a lot of work,” he said. “This probably isn’t something that’s going to be on their plate.”

Brunson expressed doubts the IRS will take any action at all.

“Frankly, the IRS has been underfunded and understaffed for 15 years at least,” Brunson said.

Hackney agreed, although he noted that could change if IRS officials found evidence of impropriety in transactions not detailed in the whistleblower report.

“If they were to find something problematic with spending out money to for-profit entities, that could be a different issue,” he said. “I think that’s another can of worms.”

In the meantime, Brunson suggested increased transparency regarding church finances. He pointed to the Evangelical Council for Financial Accountability, an evangelical Christian organization that outlines guidelines for churches regarding financial accountability, transparency, fundraising and board governance.

“I don’t think it would be a bad idea for the Mormon church, and frankly other churches, to follow that,” he said.

Beliefs
Christians across traditions call for a Good Friday fast in response to pandemic
Follow us on Facebook!
Submit your photos to RNS