Adam Sandler in a scene from "Uncut Gems." Photo courtesy of A24
January 15, 2020
Jeffrey Salkin

Stop whatever you are doing (within reason), and go home and watch "The Two Popes."

This is the Netflix film about the unfolding relationship between the conservative Pope Benedict XVI (Cardinal Joseph Ratzinger) and his more liberal successor, Pope Francis (Cardinal Jorge Mario Bergoglio). Its most powerful scenes are of Burgoglio's early life and career in Argentina, especially during the horrific days of the junta.

The acting is wonderful. Jonathan Pryce as Francis won an Academy Award nomination for best actor. Anthony Hopkins as Benedict won a nomination for acting in a supporting role.

But, more than that, this film is the most powerful depiction of religious faith and its struggles that I have ever seen.

A close second: "A Beautiful Day in the Neighborhood," the bio pic about Fred Rogers, who was an ordained Presbyterian minister and who saw his television work as his ministry. 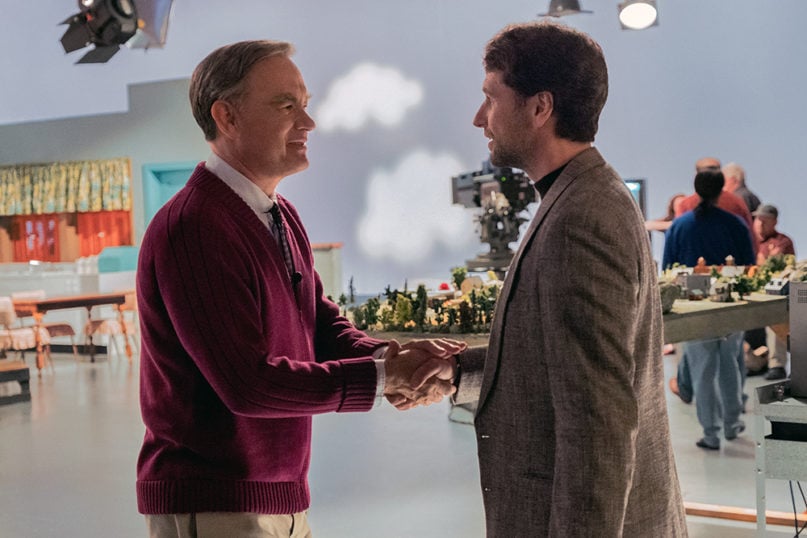 All of which gets me thinking: where is the Jewish "equivalent" of this film?

Granted: the Academy snubbed Adam Sandler as jeweler Howard Ratner in "Uncut Gems." Ethnically speaking, it is the most "Jewish" movie of the year. (Was it "good for the Jews," a friend asked me. "No worse than six seasons of 'The Sopranos' was for Italians," I responded.)

For those Jew-haters who think that "the Jews" dominate the entertainment industry -- yeah, right. True: there are a lot of Jewish names in Hollywood. But, the number of films that depict the depth of Jewish faith is rather small.

There are Jewish films about faith that we need to see -- right now.

Here is the point. Jewish history is loaded with moments of inspiration, faith, and moral courage.

If we are truly a "light to the nations," let us be that light -- even and especially in a darkened movie theater.