He and a group of supporters of Católicos por La Raza, a lay Catholic group, were trying to get into the midnight Mass at St. Basil Catholic Church in Los Angeles, where then-Cardinal James Francis McIntyre was presiding. They wanted to confront McIntyre about what they said was the Catholic Church’s neglect of the poor and the lack of Mexican American representation within the institution.

Eventually, according to Los Angeles Times archives, more than 20 people were arrested for their part in the melee.

“The church needed to be part of our life,” said Martínez, 76.

Martínez and other members of the now disbanded Católicos por La Raza gathered on Saturday (Jan. 11) at the Church of the Epiphany, an Episcopal church, to commemorate the famed demonstration. Organizers said the reunion was important as the group’s former members get older.

“We’re seeing each other only in funerals,” said Armando Vazquez-Ramos, who was 20 at the time of the demonstration.

Católicos por La Raza was formed in 1969 by Mexican Americans who criticized the church for what they said was a lack of involvement with the farmworker movement led by Cesar Chavez and the church’s lack of support for the Chicano student walkout movement in Los Angeles. That Christmas Eve, before the clash with police, between 200 and 350 people gathered outside St. Basil for an alternative “people’s Mass,” wrote professor Mario T. García in his book “Chicano Liberation Theology.” 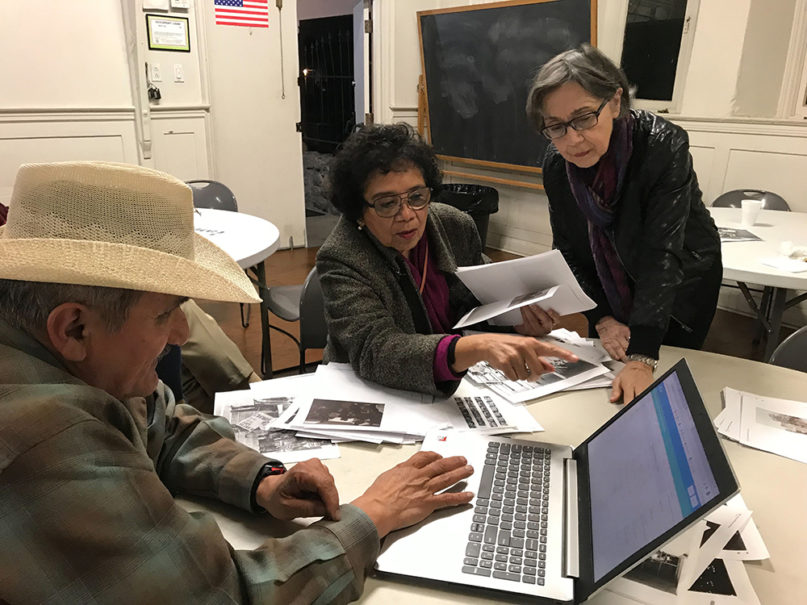 Rosalío Muñoz, from left, Rosa Martínez Cruz and Anna Nieto-Gómez look over old photos of Católicos por La Raza and of other demonstrators on Saturday, Jan. 11, 2020, at Church of the Epiphany in the Lincoln Heights neighborhood of Los Angeles. RNS photo by Alejandra Molina

The coalition, which disbanded not long after the Christmas Eve protest, was part of the larger Chicana and Chicano civil rights movement that advocated for voting and political rights, educational advancement and gender equality.

Activists said they often saw Presbyterian, Baptist and Episcopalian leaders in the front lines of social justice movements at the time. They wondered, “Where are the Catholics?”

“Mexican-Americans have been most faithful to Catholicism and its traditions,” read a Católicos news release addressed to McIntyre.

The activism of Católicos por La Raza and the Christmas Eve demonstration are not widely known, said Felipe Hinojosa, a professor at Texas A&M University who focuses on Mexican American studies and religion. The intersection of religion and politics is an area that has been sorely understudied in Mexican American history, Hinojosa said.

“This was the first moment where you had a very bold and brash and unafraid movement of young people that were going to take on the church,” Hinojosa said. “Nothing like this had happened, at least not in the United States.”

Hinojosa said the church was just another institution “that people within the Chicano movement went after to try to reform.”

St. Basil’s became a focus for protest in the fall of 1969. The church had cost about $3 million to build, which Católicos por La Raza felt was too much to spend on a building.

The group tried to meet with McIntyre but he refused, according to García’s book. Members picketed the cardinal’s residence at St. Basil and held a prayer vigil on Thanksgiving, García detailed. Eventually, on Dec. 18, between 15 and 30 members of the group forced their way into McIntyre’s office.

McIntyre was livid, according to García’s account. But he listened and said he’d look into their demands.

When Católicos didn’t hear from him, they proceeded with the Christmas Eve protests.

A dozen people were eventually found guilty, with some serving two to four months in jail for disrupting a religious service, García wrote. But they believe their actions led to changes in the archdiocese.

McIntyre announced his retirement in early 1970. Archbishop Timothy Manning took the helm and soon after met with Católicos por La Raza, according to García’s book. Manning cleared additional funds for the church’s social and educational services in East LA, García wrote. The archbishop also created an interparochial council of clergy for the East LA parishes to function as an advisory group to him. A year later, the Rev. Juan Arzube, who was originally from Ecuador, was appointed auxiliary bishop in Los Angeles.

Hinojosa said the Catholic Church already had a long history of labor organizing, but it involved certain radical priests or nuns working within the strictures of the church.

Lydia Lopez, on Saturday, vividly remembered those series of events.

She reminisced with dozens of others while they looked over old photos of their group holding signs that read “The church will be made relevant” and “Chicanos are also God’s children.”

For Lopez, it was hard to be critical of the Roman Catholic Church because she herself was not Catholic. Her husband was, but she was an Episcopalian.

Lopez was active in the Chicano movement, and she accompanied her husband on the night of the demonstration at St. Basil.

“I was proud of that moment even though I’m self-conscious about it because it wasn’t my pew,” said Lopez, 77.

To Lopez, the Church of the Epiphany, where the reunion was held, is a meaningful place. It was the LA base for Chavez, the civil rights activist, and his farmworker movement and where activists planned the Chicano Moratorium to protest the Vietnam War draft. She said she was at a picket line when UCLA professor Juan Gómez-Quiñones invited her to a party at the church. She went and remembered seeing the church embellished with papel picado as mariachis were playing.

Martínez, who is now retired, and other former members of Católicos por La Raza say they hope that Latino churches and young people can continue some of the Christmas Eve protest, especially at a time when Hispanic Americans have emerged as a key voting demographic.

Martínez went on to work as a professional community organizer. He worked as a director for the Southwest Voter Registration Education Project and finished his professional career as an outreach manager with the county of Los Angeles.

“I would hope that the energy, the dynamism that the Chicano movement had could be reflected in the generations that are taking on the issues of today,” Martínez said. 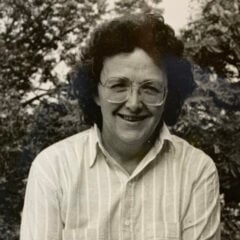