This is a two-part series by Religion News Service exploring how the solitude that many people are experiencing as they isolate during the coronavirus pandemic is interacting with their faith. Read also The loneliness pandemic: The elderly in ICUs battle coronavirus and solitude

VATICAN CITY (RNS) — “An Easter of Solitude”: This is how Pope Francis, standing alone in an empty St. Peter’s Basilica, described what the holiest day of the year would look like for many Catholics as the coronavirus pandemic forced churches to close and their members to stay at home.

As the pope was speaking, Mariana Scavo, 32, ate leftovers from the fridge of her apartment in Turin, in northern Italy, before collapsing on her couch to watch favorite scenes from the 1973 hit musical “Jesus Christ Superstar.”

In the past, the young web designer has celebrated Easter by attending the Saturday evening vigil Mass with friends, then joining her family in the southern city of Bari for a feast with dozens of friends and family.

“This Easter was particularly estranging,” she told Religion News Service by phone on April 16. “Up to this point, it has probably been the day that weighed on me the most.”

It has been about 40 days since the Italian government imposed safety measures throughout the peninsula, asking citizens to go out only for emergencies or to gather basic necessities, shutting down most shops other than grocery stores and pharmacies.

In the new life these orders have created, solitude has become the sole, unexpected companion for those who live alone or who have contracted the virus and are suddenly living in isolation. Young people far from home, the ill and seniors severed from society and fearful of contagion are coming to terms with the tenuous distinction between loneliness and solitude.

“When it comes to experiencing solitude right now, it’s important to make a distinction between people who are in quarantine and are actually in ICUs and people who practice self-isolation and social distancing,” Thuy-vy Nguyen, an assistant professor of psychology at Durham University in England, told Religion News Service in a phone interview. 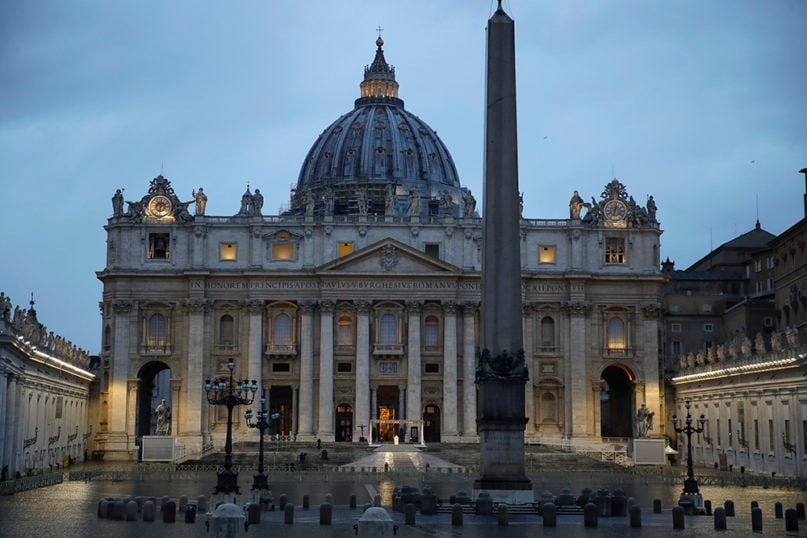 Pope Francis, white figure standing alone at center, delivers an Urbi et Orbi blessing from the empty St. Peter’s Square, at the Vatican, Friday, March 27, 2020. Pope Francis on Friday likened the coronavirus pandemic to a storm laying bare illusions that people can be self-sufficient and instead finds “all of us fragile and disoriented” and needing each other’s help and comfort. (AP Photo/Alessandra Tarantino)

Nguyen, who studies the psychology of being alone, has been monitoring how people have perceived solitude as the U.K. has urged citizens to stay at home to limit their exposure to others.

With a sample of 800 people between the ages of 35 and 80, Nguyen, working with Netta Weinstein at Reading University and other researchers, found that 80% of people in the country have opted for voluntary self-isolation.

She is currently working with colleagues in China to collect data in Wuhan, where the first outbreak of COVID-19 occurred, so they can compare the psychological experiences of those self-isolating in the U.S. and U.K.

Some groups are more vulnerable to feeling lonely, she explained, such as foreign students or immigrants, who are “prone to loneliness, because of the nature of being away from home.”

For others, such as those with preexisting mental health conditions, extended time alone can be a trigger for depression or anxiety. Nguyen has already identified a spike in anxiety as the current crisis, mostly about falling ill.

It’s important, she cautioned, that “we don’t end up making vulnerable groups feel even more marginalized,” either by denying them professional help or simply by applying our own standards of comfort.

Yet, for some people this time in self-isolation at home can be an opportunity, even “calming,” Nguyen said. Some might actually benefit from and build upon the changes they’ve made during the global lockdown once the health measures are removed.

“I see this pandemic as an unique experience that perhaps may activate some new coping mechanism for some people,” she said. 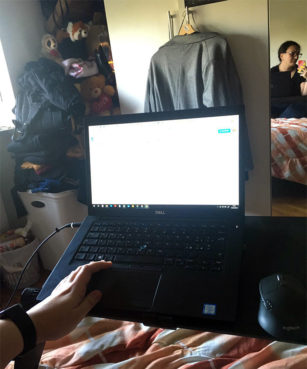 Scavo, who calls herself an introvert, said the quarantine has not been too hard on her but admitted that mornings have been rough. It often takes her an hour to find the energy and motivation to get out of bed.

“There’s a difference between choosing to be alone and being obligated,” she said.

“I miss physical contact with people, especially with my girlfriend. But I also miss that spontaneity of even just a hug,” she added.

Part of Scavo’s coping mechanism, as Nguyen might call it, is prayer. “I’m used to praying loudly and even getting mad at God,” she said. “It’s a good way to voice a thought.”

She describes herself as a “fan of digital communication,” which has allowed her to remain in contact with her parish, friends and family. Her church’s Zoom video calls and the papal tweets calling for solidarity have helped her feel more connected to her faith, she said.

Scavo, a convert to Catholicism, found a loving community in a parish in Bari that has accepted her as an LGBTQ person.

But since she came to Turin she has struggled to create a new home for herself. Well before the quarantine, she said, she had learned to be alone.

“I learned how much solitude I could take,” she said. “It’s important to recognize your symptoms.”

For Scavo, the essential remedy to loneliness is routine. Waking up early, getting out of her pajamas, putting time aside for meals are just a few examples of how she makes sure her life is regimented and her mental health is checked.

She also makes sure to reach out to others when her “mood goes down” or when she starts “crying for no reason,” she added.

Some of the techniques Scavo has adopted are reminiscent of those used by hermits and monks who have made social distancing a way of life.

“All those who are monks cannot function without order in their lives,” said the Rev. Mario Aguilar, a Benedictine hermit and professor of divinity at the University of St. Andrews.

Aguilar compared the hermetic lifestyle to the army, imposing discipline and “living by the day,” so as not to get lost in the resounding solitude of one’s own thoughts.

“The eating, studying and the praying need to be organized. Otherwise this quarantine will be a nightmare,” he said. “Order and discipline are very important in terms of how you are going to survive this.”

Prayer is another key, the hermit explained, suggesting the rosary as an easy roadmap even for the unexperienced with prayer.

“Say the prayers and Hail Mary, and you won’t feel like you are completely on your own,” he said.

Aguilar, who travelled to his native Chile in mid-March and is now unable to return to his isolated home in Scotland, spent Holy Week and the days leading up to Easter in solitude, following along with Pope Francis’ Masses alone in his apartment.

“I found it very meaningful,” he said. “Isolation means more time with God.”

But Aguilar has also found himself unexpectedly busy. As Easter approached, a top Vatican official reached out to him with a personal message from Pope Francis. “You are the face of God at the moment, keep people going,” the simple message said.

“That’s the moment I realized I had a task,” Aguilar said. 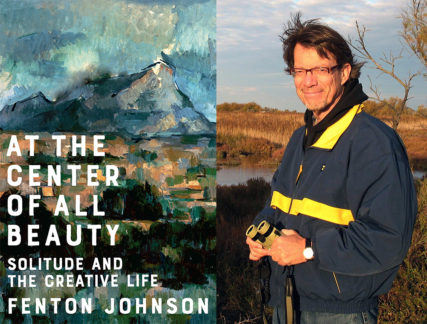 “At the Center of All Beauty: Solitude and the Creative Life” cover and author Fenton Johnson. Courtesy images

He now hears confession from distanced people by phone and attends to his 80 students, while also answering the door to people looking for help and support. Some just want to talk. “We can serve people in a way that they did not feel that we served them before,” he said.

In his latest book, “At the Center of All Beauty: Solitude and the Creative Life,” the self-described Catholic “solitary” Fenton Johnson follows in the footsteps of great solitaries among the artists and thinkers.

“I think solitude is hard and that it is a more constructive approach to the situation forced upon us to recognize that it’s a challenge,” he told RNS by phone from Tucson, Arizona. “To engage solitude constructively is a lifelong project.”

After losing his partner to AIDS in the ’90s, Johnson went to teach at the University of Arizona and sought out the desert, an evocative place for any aspiring hermit.

“For anyone who sits down by themselves for the first time, the first thing that happens is boredom,” said Johnson. “After a while, there is really difficult, challenging boredom. Then, if you’re persistent long enough, you get to a place that I call transcendent boredom, which is when the mind starts getting creative.”

“Solitude is where you learn to love yourself and then loving others and the planet,” said Johnson.

“We are at a real crossroads where we can make certain choices and try and shape the world we want to live in, or it’s going to shape that world for us, and that’s not a good thing to happen,” he added.

Though the times are difficult, faith traditions offer models, Johnson explained, of how to be alone in ways that promote growth and creativity.

“The challenge of any institutionalized religion is to convey resources for comfort that are not fantasy, but (are) the accumulated wisdom of those who have come before to teach us how to come to death,” he said. “Which means to say, how to live your life.”

This story has been updated to reflect Thuy-vy Nguyen’s collaboration with Netta Weinstein and to clarify the direction of her work with researchers in Wuhan.