(RNS) — Liking a tweet is technically free, but one Alabama megachurch is paying a hefty price.

This month, Chis Hodges, senior pastor of Church of the Highlands, an evangelical congregation with 60,000 members spread across 24 locations, came under fire after screenshots were shared online showing the pastor liking several posts by Charlie Kirk, a controversial pro-Trump activist.

The posts in question were considered racially insensitive and, among other things, questioned whether white privilege actually exists.

These actions sparked outcry from Birmingham residents, including the pastor of at least one black church who was already displeased that Hodges’ church has been planting white congregations in black neighborhoods to which they had no connection.

Hodges attempted to quell the furor by deleting his social media accounts and tearfully apologizing to his congregation, but Birmingham’s Board of Education, which leased two public high schools to the church, was unconvinced.

RELATED: Why American evangelicals are so tempted by the easy assurance of conspiracy theories

The board abruptly canceled Church of the Highlands’ six-year lease, prohibiting the church from continuing to meet in the schools. The city’s housing authority also terminated a partnership under which the church provided various social services to residents.

Hodges had been “canceled” – a term for what happens when people, most often on social media but increasingly in “real life,” band together and employ shaming tactics to block a person from having a platform. It can mean boycotting the target’s businesses, refusing to consume their books or films or pressuring friends, colleagues and activists to denounce them or formally cut ties.

Ironically, evangelical Christians, who now decry what happened to Hodges, are well practiced at this treatment. While “cancel culture” may be a recent phenomenon, public scapegoating, shaming and silencing tactics are not.

Following the cultural upheaval that began in the 1960s, conservative Christians bathed in a sense of loss. By the mid-1970s, traditional American Christian values were on the decline in favor of a new kind of pluralism. To protect themselves, leaders of the newly formed religious right argued a kind of Christian cultural separatism in which all that was deemed evil would be cut off from all that was deemed holy. 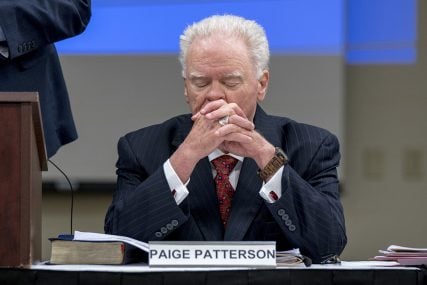 Throughout the 1980s and 1990s, church youth groups coordinated book burnings and music bonfires to purge their world of evil art. On any given night of the week, televangelists and Christian activists could be found on cable news attacking their enemies by name and blaming them for the “moral decay” of America.

Evangelicals tried their level best to smear and shame any person or organization who didn’t behave or believe appropriately in order to forcibly craft a society according to their Christian values.

When the target of their wrath wasn’t vulnerable to their smears, they used the foremost tool of cancel culture: the boycott. In 1997, the 16 million-member Southern Baptist Convention boycotted the Walt Disney company, which they perceived to be too gay-friendly.

Two years later, Jerry Falwell Sr., founder of the Moral Majority, famously led an effort to boycott “The Teletubbies,” a children’s television program, because he got an inkling that its Tinky-Winky character was covertly gay.

In 2012, the evangelical group “One Million Moms,” part of the American Family Association, led a boycott of JCPenney after comedian Ellen DeGeneres, an out lesbian, was named the department store chain’s spokesperson.

White evangelicals’ “cancel culture” did not just target those outside the camp. If a member of the community dared to deviate from what the majority called “orthodoxy,” that person too risked being run out of town.

Beginning in the 1970s, a group of Southern Baptists, led by now disgraced preacher and seminary president Paige Patterson and other conservative leaders, sought to purge their denomination of any hint of “liberal theology.” Seminary professors, church employees and pastors lost their jobs or were shamed out of the convention during this denominational civil war.

Known as the “Conservative Resurgence” or “the fundamentalist takeover,” depending on your point of view, the coup Patterson led was a massive exercise of cancel culture. Only true believers allowed. Anyone who crossed the masses was expelled quickly and forcefully. 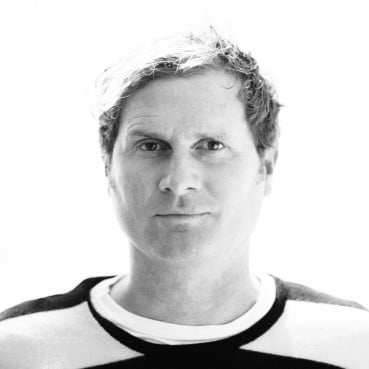 Beyond the SBC, one of the best-known examples of evangelical cancel culture involved the public shaming of author Rob Bell, a former megachurch pastor who dared to question whether non-Christians went to hell after they died.

Strictly, Bell was not “canceled,” but “farewelled” — the patent online move was simply to bid “Farewell, Rob Bell,” next to a link to his apostasy. Suddenly, anyone who was friends with Bell, owned books by Bell or even dared to quote Bell’s earlier work was at risk of being canceled as well.

Since then, other Christian writers, including Jen Hatmaker and Rachel Held Evans, found their books no longer welcome in Christian bookstores due to their support for same-sex marriage.

Now the tables have turned.

Something shifted in 2016 after the election of Donald Trump. The rapidly proliferating groups evangelicals had been marginalizing and attacking — women, people of color, feminists, immigrants, LGBTQ people — recognized that they had their own pulpits on social media. They began to sermonize back.

This “Great Awokening”  has flipped the script on cancel culture, and white evangelicals are calling for a rewrite.

Which is how Alabama pastor Chris Hodges found himself shut out of his high school auditorium rentals, and why conservative Christians and their political allies quickly set up a howl of fury.

The Family Research Council’s Tony Perkins, a longtime friend of Hodges’, claimed that “cancel culture” was tantamount to “mob tactics” and leftist “intolerance.” Former Attorney General and Alabama Sen. Jeff Sessions called it “an attack on both religious liberty and freedom of speech,” while Donald Trump Jr. tweeted that “canceling” an evangelical leader like Hodges was “absolutely insane.”

A reasonable argument can be made that, in Hodges’ case, the punishment far exceeded the crime.

But such an argument must also take into account from whence this problem arose. They are not victims of a liberal culture out to obliterate them from acceptable society; they are the collateral damage of a culture they helped create.

They are reaping what they have sowed.

Evangelicals’ “boycott for thee, but not for me” approach is not just drenched in irony. It’s a cautionary tale about a central idea taught in most major religions: What goes around often comes back around.

(Jonathan Merritt is author of “Learning to Speak God From Scratch” and an award-winning contributor to The Atlantic. The views expressed in this commentary do not necessarily reflect those of Religion News Service.)