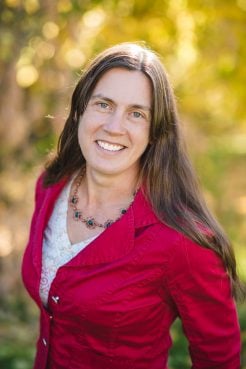 When Mette Harrison was an active member of the Church of Jesus Christ of Latter-day Saints, she found that many fellow church members had rigid and doctrinaire views that required a sort of unthinking acquiescence. There was one right way to do everything, one right way to think, one right way to believe in God.

Mette has recently stopped attending church and no longer considers herself a member. As she navigates her post-Mormon life, she’s noticed that some of the same rigid and brittle thinking characterizes some ex-Mormons. It’s like they’ve traded in one kind of dogmatism for another. Here, she reflects on five of the most common “doctrines” she sees in the ex-Mormon community. — JKR

If you’ve been an ex-Mormon for long enough to have a social group of other ex-Mormons, you have probably started to learn the doctrines of ex-Mormonism. They’re less strict than the rules of Mormonism, but they’re still rules. Sometimes it feels like the new rules are just the opposite of old Mormon rules. Up is down and down is up.

There’s nothing wrong with throwing off old shackles and deciding to reconfigure your life based on new information, but ex-Mormon get-togethers resemble anti-testimony meetings, people sitting around and bearing witness to the pain of Mormonism in ways that seem very similar to the old testimonies I’d hear on Fast Sunday about how wonderful Mormonism was. In fact, there are some of the same travelogues, people going on way too long about stuff that is incidental to the testimony. At least sometimes there are donuts.

Here are the top things ex-Mormons know are true:

I feel pressure sometimes from other post-Mormons to talk about how great it is to drink alcohol and to be able to relax socially with friends. I’ve tried a handful of drinks, taking no more than a sip before making a face and deciding, firmly, no thanks. They all taste like either floor polish or rotten fruit to me (and yes, I know what floor polish tastes like from childhood).

Many ex-Mormons also say that coffee will heal you physically—that coffee and tea are much healthier than the Diet Coke and Monster drinks many Mormons use for their caffeine intake. I’ll drink coffee sometimes, but only with so much sugar and cream that no one could pretend it is healthy.

I guess I’m not one of those post-Mormons who trumpet loudly that they’re “so much happier” since they left Mormonism. I loved Mormonism for a long time and still love many parts of it. The Word of Wisdom is one of the parts that has been difficult for me to leave behind.

From other post-Mormons, I hear lots of versions of the following: Alcohol and/or drugs will aid your sex life. Tank tops will make you feel better about your body. There is nothing wrong with pornography and it may be good for you.

While I absolutely agree that many of the lessons I absorbed as a Mormon about the dangers of an immodest female body on male minds and sexual appetites seem wildly exaggerated now (not to mention part of rape culture), I’m a little cautious about adding pornography to my sex life. Some sexy scenes from a good romantic comedy, however, are great. And letting go of garments has helped me feel less judgmental about the parts of my body that I once thought of as “unmentionable.”

It may sound pedantic to point out that “pedophile” by its definition means someone attracted to pre-pubescent children, which Joseph Smith certainly wasn’t. Whether or not he was a sexual predator is something I’m more willing to have a conversation about.

I will not defend Brigham Young on the argument of racism—or on almost anything else, I admit. While I can see redeeming qualities in other prophets of the church who were also racist, I’m afraid Brigham Young is hard for me to uphold. I suppose by leading the Saints to Utah, he made it possible for us to survive and he created a cohesive empire. Brutally.

I’ve pushed back with ex-Mormons on what I see as worshipping a new set of secular prophets (Reza Aslan, Yuval Harari, Jonathan Haidt, Daniel Kahneman, Jared Diamond, Bart Ehrman, Richard Dawkins, etc.) who are largely male. Sometimes there is an exception of Brené Brown.

It’s not that I think that expanding your reading horizon past what is offered at your local Deseret Book is bad (my books aren’t available there, for instance), but I find myself asking if ex-Mormons are doing the work of finding a diverse group of authors to read or if they’re still relying on male recommendations to read white male worldviews in a way that looks a lot like Mormon patriarchy. Which is ironic, since one of the other fundamental tenets of ex-Mormonism is that Mormonism oppresses women.

Related to #4, there is a strain of thinking among ex-Mormons that religion and spirituality can never be trusted.

I’ve tried to point out that I’m not interested in making science my new God because science is a patriarchal structure that isn’t that different from Mormonism from my perspective. Maybe the “truth” of science is more proof-textable, but I’m not so sure anymore. Or maybe my Mormon skepticism of science is, itself, at issue here.

I’d like to see a bit more nuance and introspection. Maybe that comes later? Right now it feels like ex-Mormons are very busy congratulating themselves on getting out, on seeing the truth. I’m not saying that any of these new ex-Mormon doctrines are wrong, but I’m not sure that they are right, either. And yes, I also ask myself sometimes if my penchant for nuance isn’t an inborn principle but if it’s part of growing up as a Mormon woman and learning to try to calm everyone down by seeing both sides.

Nonetheless, if there’s one thing that I love about leaving the patriarchal, black-and-white structure of the LDS Church, it’s that I don’t have to profess my belief in any given set of doctrines, even if I find that most of the people around me do. I’m not in that kind of social club now, so I suppose I will continue being a thorn in the side of every group I’m in.

Take me or leave me. I don’t have to be quiet to keep the peace anymore.