(RNS) — Within the lush green landscape of the Grande Ronde Valley in northeastern Oregon lies the rural town of La Grande, home to a tight-knit community of a little over 13,000 people. The town recently became the epicenter of the state’s largest COVID-19 outbreak after the Oregon Health Authority reported 278 new statewide cases on June 16.

Of the cases, 236 were traced back to one church — the Lighthouse Pentecostal Church near La Grande. Beginning in May, the church repeatedly held in-person gatherings, violating the restrictions against any religious gatherings in large groups.

On May 22, the church published an Instagram post stating it would begin in-person services for the Memorial Day weekend, following President Donald Trump’s demands that states allow churches to open.

According to The Oregonian, two days later, the church published a video on its Facebook account showing hundreds of people singing, dancing and moving around in close proximity inside the church — the video was later deleted. The church also organized a graduation ceremony for Lighthouse Academy students attended by around 120 people and hosted a wedding ceremony with over 100 guests later in the month.

Another pastor in La Grande spoke about the fallout from Lighthouse’s decision and how difficult it has been to navigate this moment as a leader of a religious congregation. “People are heartbroken, and their sense of community has been shattered by the outbreak,” said the Rev. Taylor Gould, pastor at La Grande United Methodist Church, which closed immediately after Oregon imposed lockdown regulations in the last week of March.

Gould found herself faced with the same ethical questions around whether or not to open but made the difficult choice to keep her church closed.

“In the beginning, we didn’t have many cases and people thought we were mostly safe from the virus,” she said, “and they were OK with being outdoors, going to get groceries and doing some of the everyday things. But as church leaders, people look up to us and we’ve got to be more cautious and make the responsible decision, especially since a lot of our members are old and have asthma.”

Gould explains that the initial response to closing her church was supportive, even though it was challenging for a lot of people to transition to online services. But as weeks turned to months, some churchgoers grew frustrated, requesting Gould resume in-person sermons and gatherings as they missed their sense of community. Gould resisted.

Instead, she came up with reopening plans for at least 10 people in the church at a time with her team and submitted it to the presiding bishop of the Greater Northwest Area of the United Methodist Church — who makes the ultimate decision on whether the church can open or not.

But in the light of the outbreak, her plans were scrapped, and the requests from churchgoers to reopen stopped coming. 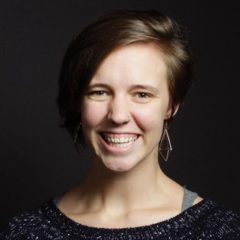 “My personal philosophy from this pandemic is that the way we do church traditionally is not working,” said Gould. “As a United Methodist, our purpose is to create disciples and transform the world. But there isn’t much disciple-making when people’s emphasis on their faith is to just show up to Sunday services. I think the pandemic is holding a mirror up to that and saying maybe our weekly in-person gatherings aren’t as important as we thought they were.”

She added, “The real crux of our faith is about connection and love. It’s about taking care of the community.”

As the city grappled with grief, some community members directed their anger toward the Lighthouse church, posting angry remarks on social media platforms, while some demanded the church be closed forever. Gould decided to take this moment to encourage churchgoers to channel their anger into good services for the community.

“There’s a lot of anger, grief, lament, and a lot of hurts, but slowly people are realizing that this is exactly the kind of moment we have been called to act upon as faithful people,” said Gould. “Some Christians believe that anger is evil, that it is disruptive, but Jesus upturned tables in the temple. Jesus destroyed property too. But he didn’t attack people. Instead, what he did was more like community organizing — like a strategic dismantling of problematic systems. Feeling anger isn’t evil, but we need to direct that anger into something good.”

She added, “I learned from someone that if there’s a fire in your belly, cook something with it.”

Gould, who previously worked as a sous chef, is working with her community to cook 50 meals twice a week and delivering them to the people who tested positive for the virus. The food drive is run by Neighbors Together of Union County, a community organization of which 13 churches in the county are members.

“This is more church than any Sunday gatherings — people coming together and being more intentional about the way they check up on one another. It’s beautiful to witness,” said Gould.

Deciding for a religious community when not everybody in the community is aligned with your views is challenging, and other faith leaders, such as Imam Irshad Osman, are facing similar situations during the pandemic. 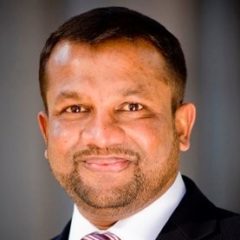 “There are three types of people involved in the decision-making,” said Osman, who is principal consultant at ZIMMR fundraising consultancy in Toronto, and leads Friday jumah prayers at the Danforth Islamic Centre in East York, Ontario, as well as in other mosques around the city.

Osman added: “My immediate reaction was that we cannot put anybody in danger. I am a part of the Canadian Council of Imams and we have a WhatsApp group and there was a lot of back-and-forth between all the imams on what the right decision should be, but I had made up my mind because I knew it was the right thing to do.”

On March 17, the Danforth Islamic Centre published a Facebook post suspending all congregational gatherings, Friday prayers and other classes and services. Osman said the management made the decision based on news conferences from public health officials.

“It raised a lot of eyebrows because we were the first mosque to close our doors and we did it even before Ontario had officially imposed a lockdown,” said Osman.

Despite initial hesitation, Osman said, community members have been largely receptive to the mosque’s decision and appreciated the online sermons. The pushback, however, came from other imams. Osman said he believes that in addition to different religious points of view, another reason some people wanted the mosques to remain open was that they were afraid of losing funding.

“Ramadan is usually when we receive our most funding, especially the 27th night, which is one of the holiest nights in that month. A lot of people come to pray, and they donate,” said Osman. “So, mosques, especially those who hadn’t adapted online sermons, panicked. Questions began to emerge like ‘will we lose our funding? Will we be able to manage our financial goals if we can’t ask for donations in person?’ This is a real challenge during the pandemic that people aren’t publicly talking about.”

Osman added: “Since I’ve got a background in fundraising, I recruited a few of my friends and we made seminar videos on the topic. We did videos on how to raise funds during COVID-19, and we talked about how to make fundraising plans. It was extremely well-received.”

The idea for the fundraising seminar, said Osman, came from neighborhood churches and synagogues that he had heard of hosting similar initiatives.

“See, there is always a way, we mustn’t panic,” said Osman. “We need to take this moment to learn from one another. Every one of us, all of our faiths, has been through something similar before and we are going through this together now — and if we work together, we will know what the right thing to do is.”

Some faith leaders, such as Joshua Stanton, who is a rabbi and spiritual co-leader at East End Temple, Manhattan, are turning to religious history to seek validation for their decisions during the pandemic.

“I’m a part of a faith tradition that is over 4,000 years old and I remind that to myself when I am feeling doubtful,” said Stanton. “It helps me realize that I am not the first rabbi to face a situation like this, and neither is our community the first to face a pandemic. The true source of our strength lies in our community. We need individuals to take responsibility for themselves and their families, and similarly, as a community, we cannot let individuals make communal decisions based on their personal beliefs — because we all have a higher responsibility.”

Stanton said the synagogue closed as soon as the news of the pandemic hit in early March, especially since New York was the worst-hit city during the first surge of the virus. The synagogue transitioned to online programming within two days to ensure that people didn’t miss a lot of the services.

“It was exhausting but also rewarding because we were able to offer new programmatic and social opportunities,” said Stanton, referring to the new online Torah studies, writing and speaking workshops and other virtual programs added during the pandemic.

“We are a vibrant progressive community that welcomes everybody,” he added, “and so we are the home away from home for a lot of people, and for a lot of them, their closest social circle are people they meet at the synagogue. So, the loss of community hit everyone hard, but we wanted to make sure they still felt like they were a part of something even if we weren’t in the building.”

Stanton added: “We want to empower our community members to choose what’s right for them and their personal lives, but at the same time, we need to think as a community and work together to eliminate the risks. That’s what our history teaches us. I think our decision is very consistent with our Jewish values, which are the values we cherish the most because, at its core, it’s about saving lives and helping people build meaningful lives.”

(This article first appeared on Interfaith America, a website of the Interfaith Youth Core.)