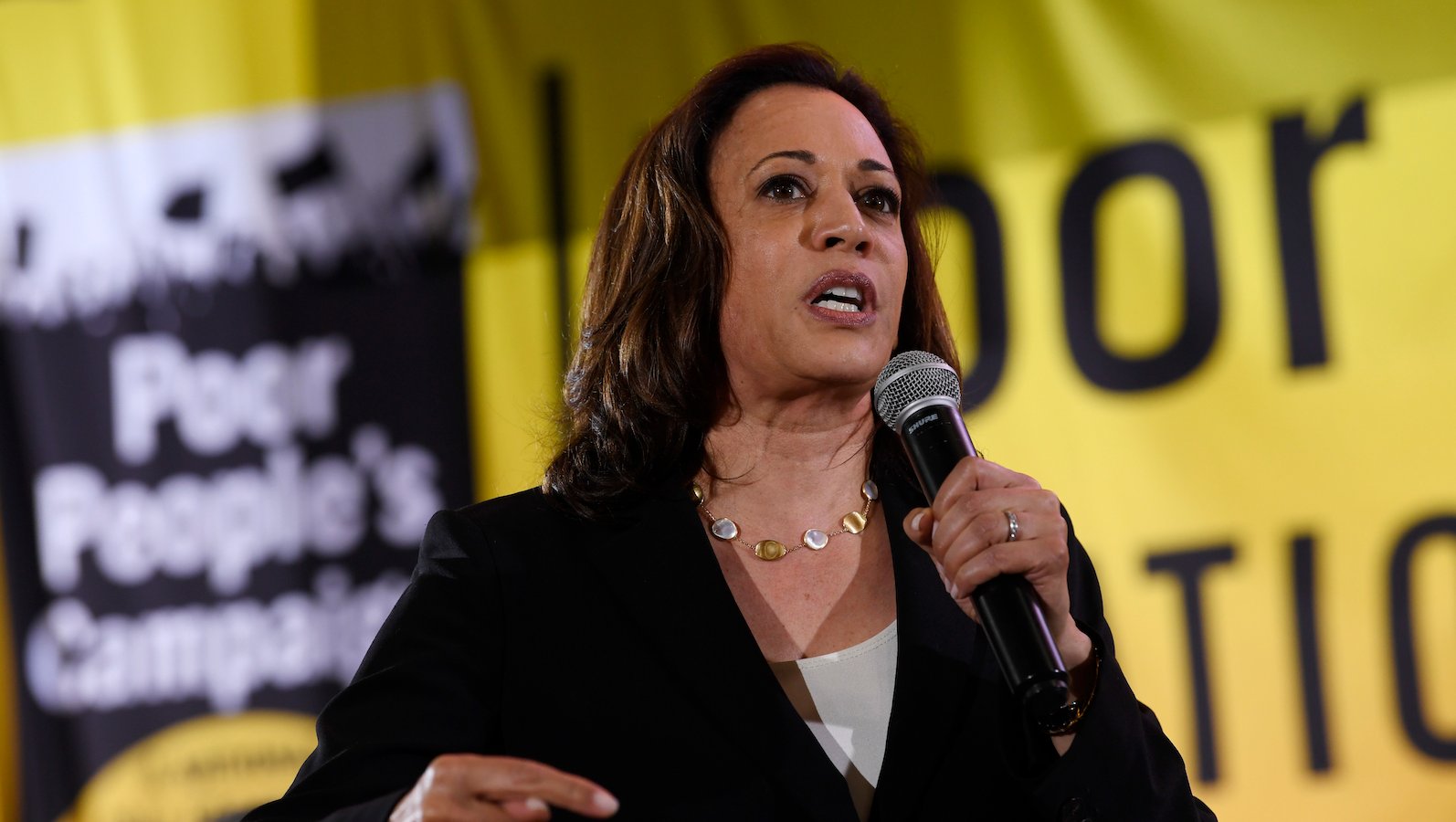 (RNS) — Few, if any, vice presidential candidates have had as much exposure to the world’s religions as Kamala Harris, the 55-year-old senator from California whom Joe Biden just picked as his running mate.

Harris’ ethnic, racial and cultural biography represents a slice of the U.S. population that is becoming ascendant but that has never been represented in the nation’s second-highest office.

She was raised on Hinduism and Christianity.

Her mother, Shyamala Gopalan, was from Chennai, India; her father, Donald Harris, from Jamaica. The two met as graduate students at the University of California, Berkeley.

Her name, Kamala, means “lotus” in Sanskrit, and is another name for the Hindu goddess Lakshmi. She visited India multiple times as a girl and got to know her relatives there.

But because her parents divorced when she was 7, she also grew up in Oakland and Berkeley attending predominantly Black churches. Her downstairs neighbor, Regina Shelton, often took Kamala and her sister, Maya, to Oakland’s 23rd Avenue Church of God in Oakland. Harris now considers herself a Black Baptist.

She is married to a Jewish man.

Harris met her husband, Los Angeles lawyer Douglas Emhoff, on a blind date in San Francisco. They married in 2014. At their wedding, the couple smashed a glass to honor Emhoff’s upbringing (a traditional Jewish wedding custom).

It was Harris’ first marriage and his second. An article in the Jewish press described her imitation of her Jewish mother-in-law, Barbara Emhoff, as “worthy of an Oscar.”

She was criticized for not proactively assisting in civil cases against Catholic clergy sex abuse during the years she served as a prosecutor.

After graduating from the University of California, Hastings College of the Law, Harris specialized in prosecuting sex crimes and child exploitation as a young prosecutor. But two investigations by The Intercept and The Associated Press found that Harris was consistently silent on the Catholic Church’s abuse scandal — first as San Francisco district attorney and later as California’s attorney general.

Survivors of sex abuse at the hands of priests say she resisted informal requests to help them with their cases and refused to release church records on abusive priests that had been gathered by her predecessor, Terence Hallinan.

As attorney general, Harris filed a brief with the U.S. Supreme Court asking it to refuse Hobby Lobby’s request to deny women health care coverage for contraception because of the craft-store chain owner’s religious beliefs.

In her 2014 brief, supported by 15 states and the city of Washington, D.C., Harris wrote that if Hobby Lobby were allowed to withhold birth control coverage on religious grounds, it might lead other corporations to demand similar exemptions from the nation’s civil rights laws.

In the landmark decision, the Supreme Court ruled that family-owned corporations can’t be forced to pay for insurance coverage for contraception under the Affordable Care Act if it offends their religious beliefs.

Later, as U.S. Senator, Harris co-sponsored a congressional bill to weaken the Religious Freedom Restoration Act to ensure it is not used to permit discrimination in the name of religion.

The measure, called the Do No Harm Act, was first introduced in 2017 and again in 2019. RFRA originally passed in 1993 to prevent the government from “substantially burdening a person’s exercise of religion.” Do No Harm’s backers believed that RFRA “should not be interpreted to authorize an exemption from generally applicable law.”

Had it passed, it would have ensured that religious employers could not deny health care coverage for employees or claim exemptions to civil rights laws.

When running for president last year, she often used the New Testament parable of the good Samaritan.

Jesus tells the parable about an outsider who helps a man beaten and left on the side of the road. Harris has said it has helped her clarify who one’s “neighbor” is.

“Neighbor is not about having the same ZIP code,” Harris said at a Poor People’s Campaign forum last year. “What we learn about in that parable is that neighbor is someone you are walking by on the street. … Neighbor is about understanding and living in service of others — that we are all each other’s brothers and sisters.”

In other speeches, Harris has invoked liberation theology, the strain of Christian thought that emphasizes social concern for the poor and political liberation for oppressed peoples.

“Justice is on the ballot,” Harris said at an event hosted by the Iowa Democratic Party last year.

September 21, 2020
Related Posts
By Alejandra Molina
Biden pins his argument to Latino believers on Trump's morals
By Priyadarshini Sen
A Catholic priest takes on interfaith fight against COVID-19 in a sacred Hindu city
By Tara Isabella Burton
Yoga’s 'father in the West' still defining our spirituality and celebrity 100 years later
By Joseph D'Souza
Is it time to add ‘caste’ as a category in US anti-discrimination laws?
By Thomas Reese
Is Kamala Harris anti-Catholic?