(RNS) — Thousands of Argentinians crowded the Casa Rosada — the seat of government in Buenos Aires — and the surrounding streets on Thursday (Nov. 26) to say goodbye to Diego Armando Maradona, the 60-year-old soccer legend who had died the day before of heart failure.

The 25-block-long line of fans who had showed up to pay their respects turned angry as the police shut the building’s gates so the body could be taken to the cemetery, resulting in several arrests.

The passionate reaction to Maradona’s death, echoed in other Latin American countries and in Italy, where he played for seven years for the club Napoli, was a sign of his transcendence and quasi-religious appeal.

“In the soccer world, only Maradona and (the Brazilian 1960s and ’70s idol) Pelé attained such a connection with the people,” said the Argentinian-born Rev. Gustavo Morello, a sociology professor at Boston College. “He was not only a soccer player able of extremely rare virtuoso performances, but he also became a kind of social leader.”

The veneration of Maradona at its extreme gave birth to the Maradonian Church, a group of thousands of fans, mainly in Argentina and in Italy, who are active on the internet and sometimes assemble to pay homage to him with parodic rituals.

“He was born and raised in Villa Fiorito, a very poor Buenos Aires’ neighborhood, and never forgot his origins. Even when he went to Dubai, his Villa Fiorito’s backpack was by his side,” Walter Rotundo, a member of the Maradonian Church, told Religion News Service in the wake of Maradona’s death.

In Buenos Aires’ often racist and elitist society, Maradona was recognized as a member of the so-called “cabecitas negras” (little black heads), the migrant families who moved from northern Argentina to the capital in search of a better life, most of them of mixed Indigenous and European heritage.

“But that is a more class-based than racial definition,” Morello said. Upperclass Argentinians also showed disdain for Maradona for his leftist political views.

Indeed, Maradona’s sports prowess was always complemented by his political positions. Since his rise to stardom in the 1970s, he never missed a chance to use his notoriety to support social causes, express his support for leftist politicians and criticize those in office.

Morello said Maradona had long been connected to the left-wing Peronist tradition in Argentina, with good relations with the late President Néstor Kirchner and his wife Cristina Fernández de Kirchner, who followed her husband in the presidency. (She is now the country’s vice president.)

“He taught us that we always must be side by side with the most vulnerable and fight for inclusion and social equality,” Rotundo said. 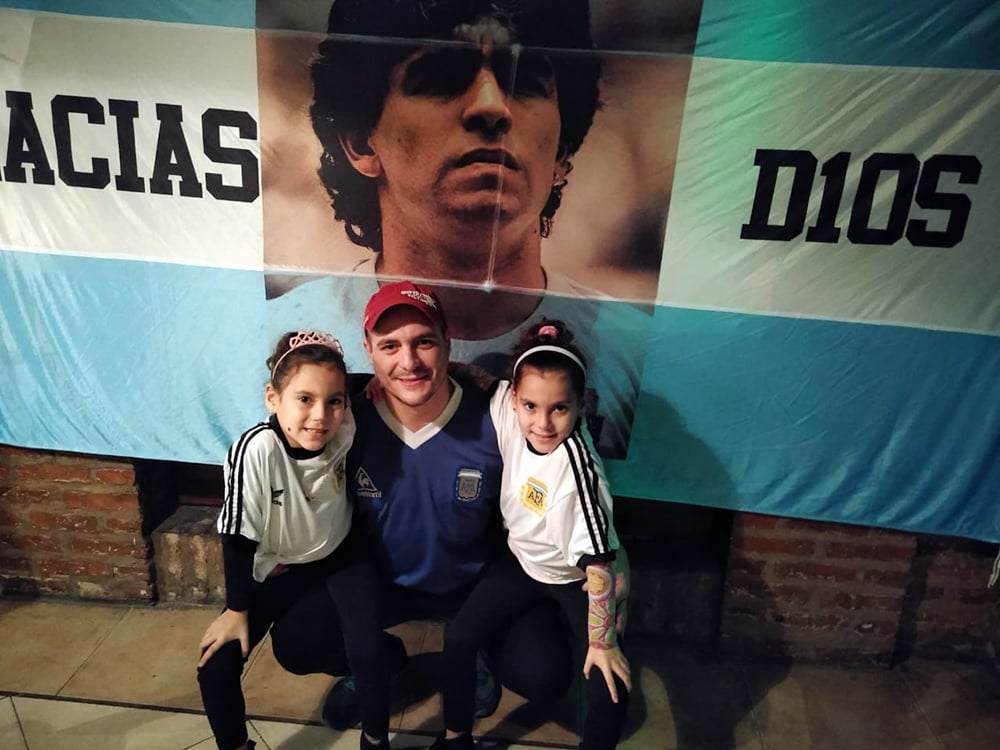 Raised Catholic, his left-wing views once led Maradona to criticize Pope John Paul II for the Vatican’s “golden ceilings,” which, he opined, should be “sold” as “so many people are starving.”

Years later, after his countryman Jorge Bergoglio was pope, Maradona said he had been “estranged from the Church, but that Francis had drawn him back to it.” On November 25, Pope Francis released a statement saying he remembered with affection the occasions on which they met.

Perhaps the most legend-making moment of Maradona’s career was in the 1986 World Cup, a match between Argentina and England that had been framed as an on-field rematch of the Falklands/Malvinas War that had ended only four years earlier. More than 600 young Argentinians had died in the conflict.

“Through soccer, Maradona was able to make those families which lost their kids laugh again,” Rotundo said.

In one of Maradona’s two goals in that match, which Argentina won, he seemed to use his head to drive the ball past the English goalkeeper, but in fact gave the ball a punch with his hand. The illegal move went uncalled by the referees.

When asked by the media about the goal, he answered that it was scored with “God’s hand.” It has been known since as the Hand of God goal.

“That was undoubtedly the beginning of people comparing him to God,” Rotundo added.

The number on his jersey — 10, or diez in Spanish — was soon associated with the Spanish word for God — Dios. D10S became one of the ways to refer to Maradona.

The Maradonian Church was founded toward the end of the 1990s, when two Maradona fans met on the star’s birthday, October 30. One wished the other “Merry Christmas,” saying, “This is the day when our Messiah was born.”

That kind of organized idolatry could only have been fostered in countries with a long tradition of popular Catholicism, with a habit of venerating saints and maintaining intimate spiritual relationships with them. “That’s why the Maradonian Church became particularly important in Argentina and Italy, (where) religion can be a very relevant way of expressing social and cultural things,” Morello said.

Morello clarified, however, that the church has no real religious aspirations.

Certainly Maradona was an unlikely saint. He had several official and unofficial romantic relationships. Six young people are currently trying to prove in court that he was their father.

He also had problems with drugs for decades. “He was a drug addict, and one couldn’t say no to him. His health deteriorated over the years,” Rotundo said.

Uruguayan writer Eduardo Galeano once said that Maradona “has converted into a kind of dirty God, the most human of the gods. This perhaps explains the universal veneration he won, more than any other player.”

With his death, it’s not impossible that he’ll end up as a bona fide spiritual entity. It happened at least once before to an Argentine celebrity: The singer Gilda, who died in 1996, has since been revered as a popular saint, according to Morello.

For passionate fans like Rotundo, Maradona has already attained this status. “I became involved with the Maradonian Church in 2011, when my twin daughters were born. I named them Mara and Dona. Every time someone calls them, I’ll be paying homage to Maradona,” he said. 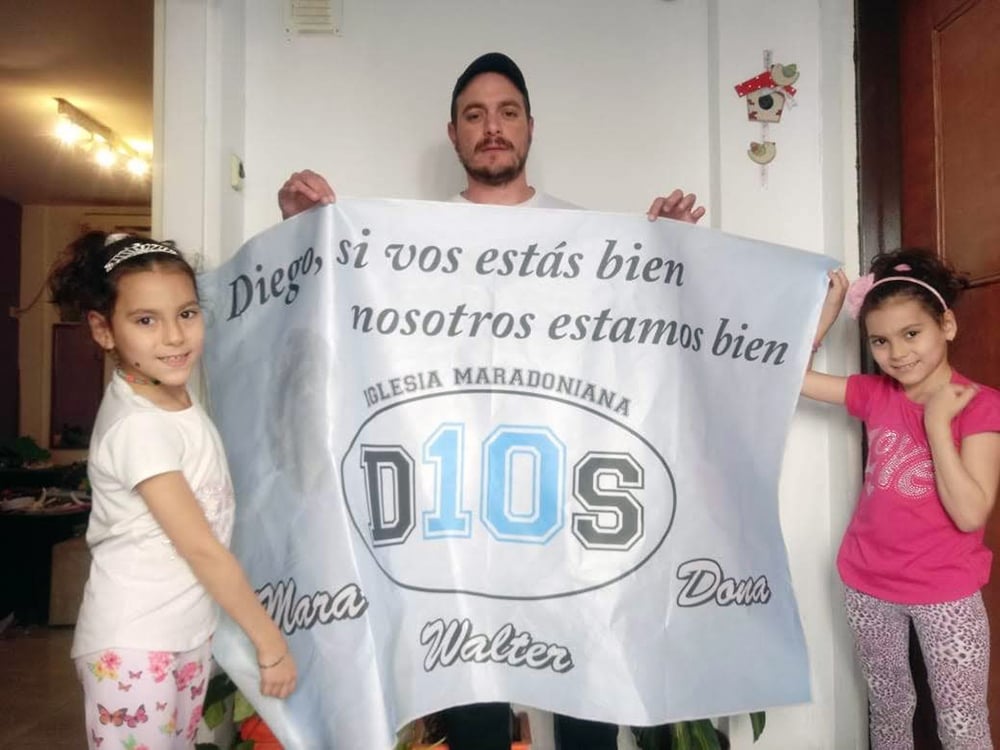