VATICAN CITY (RNS) — On a scorching day in August 2015, the mother of a teenage girl walked into the confessional of a small church near the Sicilian city of Catania, in southern Italy. She believed that the leader of her lay Catholic group, a man known as the Archangel, had repeatedly raped her underage daughter and possibly others.

She trusted the priest, the Rev. Orazio Caputo, who had worked closely with the Archangel’s Catholic Culture and Environment Association or ACCA, to listen to her fears. In the highly devout context of Sicily’s Catholic culture, the mother believed she could speak freely to her usual confessor about her growing suspicions and mounting guilt.

Two years later, the Archangel, Piero Alfio Capuana, 76, was taken into custody after a police investigation found what authorities say is credible evidence that he had sexually abused at least six underage girls. 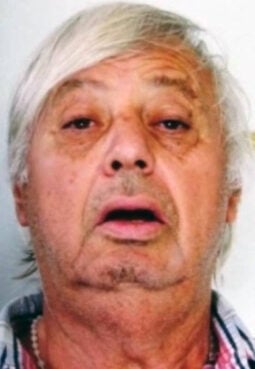 Italian prosecutors also brought charges against three women accused of helping Capuana persuade the young girls, as well as two men in the leadership of ACCA — and Caputo, who, the investigators believe, warned the Catholic Church hierarchy of the suspicions that the alleged victim’s mother was harboring and had shared with him during confession.

The mother of the alleged victim was surprised, then, when she recently found that Caputo had not only been reinstated in her diocese, but promoted as vice director of its local branch of Caritas, the Catholic Church’s global charity.

“I have no words,” said the mother, who wished to remain anonymous to protect the identity of her still underage daughter. “When I found out that he acquired that role at Caritas, I was hurt.

“That person who had the nerve to reveal a confession on such a delicate matter as sexual abuse should have been punished, not rewarded,” she told Religion News Service on the phone on Tuesday (Jan. 12).

The trial of the Archangel and his accomplices began Sept. 15 of last year and is still underway. But Caputo’s situation is more complicated. While the priest is accused by Italian prosecutors of aiding and abetting a criminal conspiracy, the Catholic Church also charged him with allegedly violating the confidence assumed in the sacrament of confession, known as the confessional seal. According to canon law, such a violation may result in excommunication.

In 2019, the Rev. Giovanni Mammino, the vicar general of the Diocese of Acireale, one of two dioceses in the Archdiocese of Catania, announced that a canonical trial was set to look into whether any violation of the sacrament of confession actually took place in Caputo’s case.

But the canonical proceedings are something of a mystery. The alleged victims and their families said they were not informed of its progress, despite their efforts to be a part of the trial.

Mammino told RNS on Tuesday that the canonical trial was recently closed and found “no evidence of the violation of the confessional seal.” He also said that despite the positive outcome, Caputo received a disciplinary sanction that prohibits him from performing confessions.

When asked about Caputo’s Caritas appointment, Mammino described Caputo’s role as “not official” and “only marginal,” despite an announcement on the diocese’s official website that he has been appointed vice director.

Mammino explained that Caputo, who “worked really hard” during the difficult months of the pandemic, “couldn’t be left without anything to do.” He also claimed the post isn’t a show of support for Caputo on the part of the diocese, which has filed a complaint against Capuana in his civil trial. 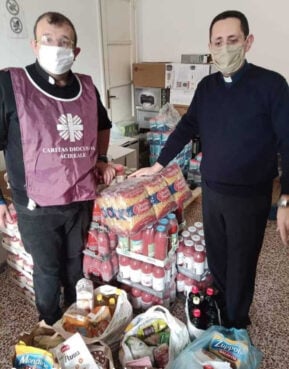 In July 2020, Bishop Antonino Raspanti of Acireale issued a statement thanking the priest for his availability and his “service to the diocese” and “wishing Don Orazio Caputo luck as he sets off to oversee this delicate office.”

Transcripts of wiretapped phone conversations read by RNS, meanwhile, indicate that Caputo informed the former president of ACCA, Salvatore Torrisi, and a regional liaison for the group, Domenico Rotella, of the police investigation into the Archangel’s alleged abuse, and hint that the information was acquired during confession.

“Certain people have made charges,” Rotella said, according to the transcript. “I had (Caputo) tell me the rest. … Take into account that all this was reported during confession.”

Both Torrisi and Rotella have since denied knowing about any alleged abuse taking place at the headquarters of ACCA and at the home of Capuana. They also denied to prosecutors that Caputo shared information about the investigation.

In a conversation in 2017, however, Rotella said Caputo “is exposing himself a lot” by providing information about the police investigation, because “his ministry doesn’t allow him to,” according to the transcript.

“I spoke to Orazio … Orazio Caputo … and he told me the issue, he told me in such a way that he could tell me, obviously, he gave me more information,” Rotella allegedly said in another phone call. “I must pretend that he never told me this, clearly, so I can never speak about it. I have never spoken to him, right? Because otherwise this poor guy, you understand he’s going to end up belly up, you understand, no?”

Six years ago, Caputo was among those charged with slandering Roman Curia officials in an attempt to defend a now-defrocked priest, Patrizio Poggi, against charges that Poggi had sexually abused minors. Caputo was acquitted in a trial in Rome. Poggi was found guilty.

The mother of the Archangel’s alleged victim, once a serious Catholic, has since lost faith in religious institutions. Her efforts to be heard and informed on Caputo’s trial left her “feeling disappointed,” she said. Having spent considerable amounts of money to pay for expensive canon lawyers, she is also poorer.

“This is a slap on an open wound,” she said. “I didn’t lose my faith, but my hope in a better church, one that is close to faithful and neighbors.”