(RNS) — On the first Sunday after he became a Georgia senator, the Rev. Raphael Warnock described his election and the changing scene at the U.S. Capitol — from insurrection to inauguration — as forms of divine messaging.

“Can I just close this sermon by telling you that this very week, in the very place where we saw the ugliness and the nastiness, I believe I heard just some subtle echoes of the spirit, which suggest to me that the wind of the spirit is moving across the land?” said Warnock, preaching in a prerecorded message Jan. 24 from the sanctuary of Atlanta’s historic Ebenezer Baptist Church to a virtual congregation.

The sermon came four days after he was sworn in holding a Bible he had received in 2005 when he became senior pastor of the church where the Rev. Martin Luther King Jr. was once co-pastor.

Through most of his half-hour sermon, the camera focused on Warnock in his pulpit but, near the end, as he spoke of the events in Washington in recent days, news footage appeared of the mob storming the U.S. Capitol, the swearing-in of Vice President Kamala Harris and the inaugural speech of President Joe Biden.

RELATED: The Rev. Raphael Warnock sworn in with two others as new senator 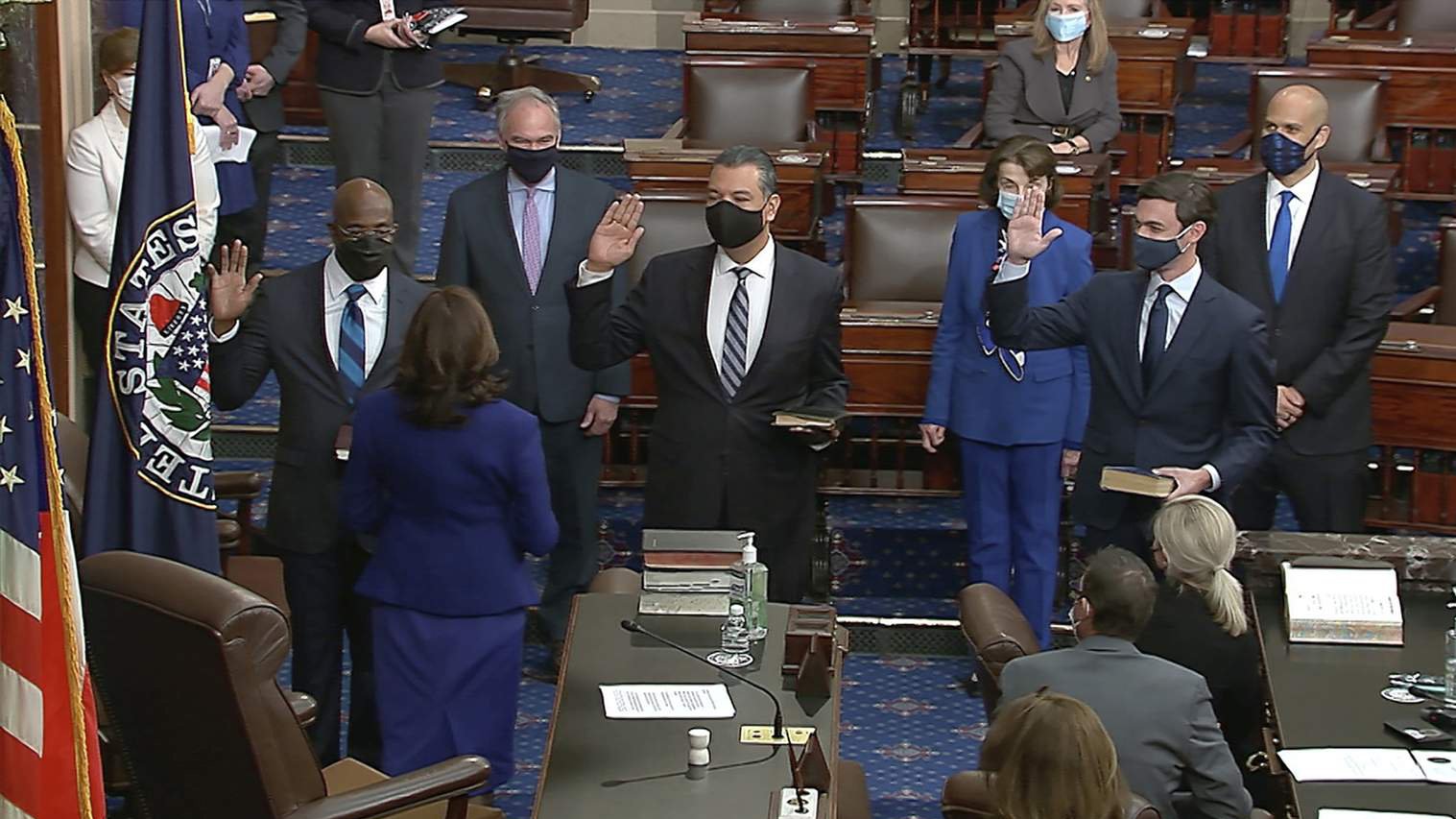 In this image from video, Vice President Kamala Harris swears in Sen. Raphael Warnock, D-Georgia, from left; Sen. Alex Padilla, D-California; and Sen. Jon Ossoff, D-Georgia, on the floor of the Senate, Jan. 6, 2021, on Capitol Hill in Washington. (Senate Television via AP)

Warnock, one of a number of members of Congress who have simultaneously led congregations and served at the Capitol, titled the sermon for his church’s 9 a.m. and 11 a.m. services “On Making Your Next Move.”

Early in the service, without specifically stating the words “senator” or “election,” he expressed his appreciation to those watching for their recent encouragement.

“I want to thank you for all of your support, for all of your love, for all the ways in which I have felt the power and encouragement of the saints over the last several months for me and my family,” he said. “We are the family of God. We are the Ebenezer Baptist Church. Now let’s worship God from whom all blessings flow.”