(RNS) — The news last week was that the U.S. Catholic bishops are getting ready to wage war on the new administration — and possibly each other — over the Catholic president’s positions on abortion, gay rights and religious freedom.

That may be true, but there are plenty of areas where the bishops and the Biden administration are on the same page and could work together. It would be a tragedy for the church, the administration and the United States if disagreement on some issues makes it impossible for them to work together on others.

If the bishops need a model, they can recall the Trump administration, whose agenda they were not totally on board with: They liked the administration when it came to abortion and religious freedom but opposed it on most other issues.

What controversial issues could the bishops and the Biden administration work on together?

The Catholic Church teaches that there is no conflict between faith and science, and its bishops are happy to support masks, social distancing and vaccinations. Churches and schools, especially in poor neighborhoods, could be opened up for vaccinations. This would be especially useful in inoculating undocumented immigrants, who will feel safer coming to a Catholic church than to a government building.

The bishops have already expressed gratitude for the new administration’s efforts to help poor people with housing and food needs during the pandemic.

“The extension of the CDC’s eviction moratorium is a positive step towards ensuring housing stability and keeping our communities safe,” said Archbishop Paul S. Coakley of Oklahoma City, chairman of the U.S. Conference of Catholic Bishops’ (USCCB) Committee on Domestic Justice and Human Development. “It would be detrimental to the wellbeing of all if more people became homeless in the midst of this public health crisis.

“Additionally,” his statement continued, “the USDA’s efforts to expand nutrition assistance at a time when people have experienced dramatic income reductions or job loss will help address the unprecedented levels of hunger among children and will ensure emergency Supplemental Nutrition Assistance Program (SNAP) benefits reach those most at risk of food insecurity.”

On the other hand, government officials need to be careful not to discriminate against Catholics in their COVID-19 policies, such as the Washington, D.C., proposal to vaccinate public schoolteachers before parochial schoolteachers. That is unacceptable. 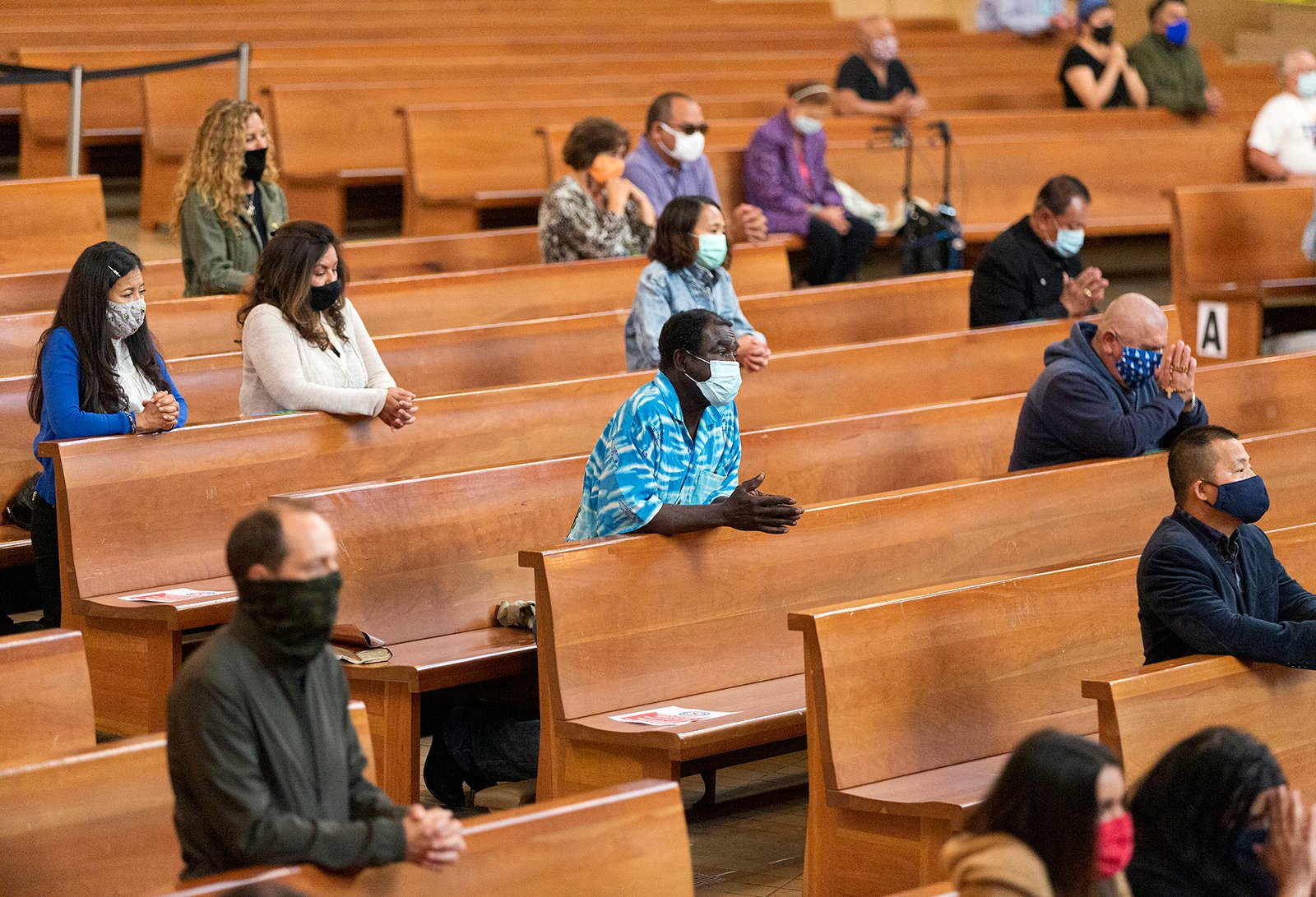 Unreasonable limits on church attendance, in which a large cathedral was treated the same as a small storefront church, also risk alienating the bishops.

It would be better to have a generally applicable rule, like a percentage of the capacity level set by fire standards. If the fire department says you can have 1,000 people in the church, then a 10 percent rule would allow 100 socially distant, masked congregants in the church.

The U.S. Catholic bishops frequently condemned the Trump administration for its cutbacks on refugee admissions and funding.

“We continue to be disappointed by the Trump Administration’s diminishment of the U.S. refugee resettlement program, as these decisions have a tangible impact on those fleeing religious persecution and other vulnerable families in need of refuge,” said the bishops in October. “The low number of admissions, given the global need and the capacity and wealth of the United States, is heartbreaking.”

The bishops, who have been involved in refugee resettlement for many decades, welcomed the new administration’s plans to return refugee admissions to their previous levels.

They are happy to see a change in attitude and programs from the new administration.

On Inauguration Day, the chair of the USCCB Committee on Migration, Bishop Mario E. Dorsonville, responded positively to the administration’s 100-day moratorium on certain deportations, allowing for a comprehensive review of current immigration enforcement policies.

These “are important first steps toward ensuring that immigration enforcement in our country is balanced and humane,” said Dorsonville. “Our Catholic faith recognizes the right of nations to control their borders, but we can still uphold the rule of law without denying refuge to the vulnerable, all while recognizing the importance and necessity of family unity.”

On the day after the inauguration, the USCCB president, Archbishop José H. Gomez of Los Angeles, joined Dorsonville in welcoming “the announcement preserving and fortifying DACA,” the Deferred Action for Childhood Arrivals program. 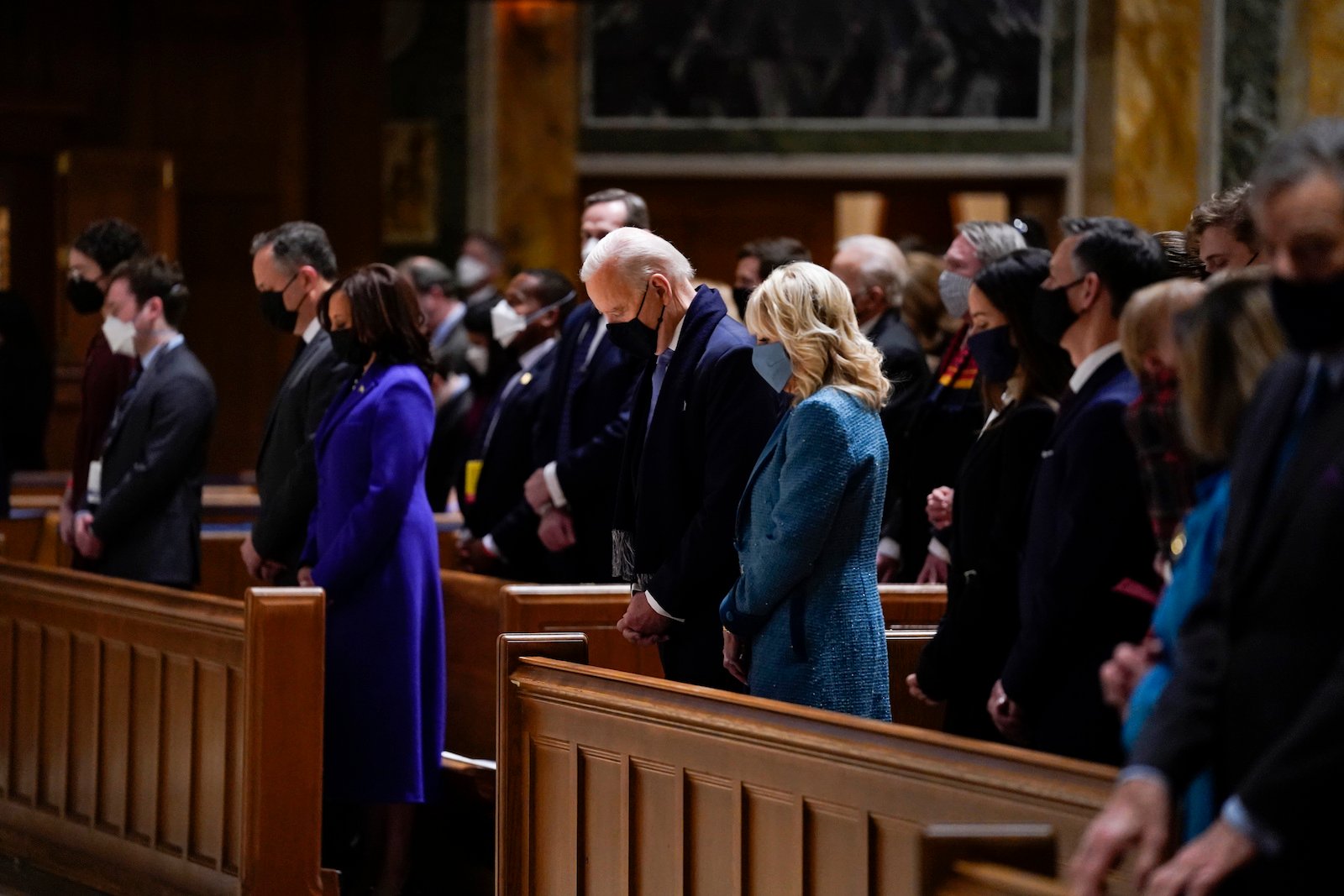 “We applaud President Biden’s restoration of the DACA program, and we also strongly encourage him and the U.S. Congress to immediately enact legislation that provides a path to citizenship for Dreamers,” said the statement. “Permanent legislative protection that overcomes partisanship and puts the human dignity and future of Dreamers first is long overdue.”

They said they were ready to work with the administration on comprehensive immigration reform.

The bishops also applauded the administration’s ending of the ban prohibiting immigrants and refugees from certain Muslim countries from entering the United States.

Although the U.S. bishops oppose coverage of abortion, birth control and sex reassignment surgery in insurance plans, they do support expanding the number of people covered by health insurance programs like Medicaid.

They even support coverage of undocumented immigrants, which in the past was politically unacceptable but may be possible now that, because of the pandemic, people see what happens when large segments of the population are not covered by insurance.

Pope Francis has highlighted the dangers of climate change, so the Biden administration will not get any opposition from the U.S. bishops on environmental issues. Even before he took office, the bishops’ conference welcomed Joe Biden’s announcement that the U.S. would rejoin the Paris Agreement on climate change.

“It is our hope that the United States will not only seize this challenge to meet the goal of net-zero emissions by 2050, called for by the U.S. bishops in 2017,” said the bishops, “but also become the global climate leader by implementing successful policies that both preserve the environment and promote economic development through innovation, investment and enterprise.”

Just before leaving office, the Trump administration added Cuba to the list of state sponsors of terrorism. The U.S. bishops condemned this move and called once again for an end to the economic embargo against Cuba. If the Biden State Department wants to improve relations with Cuba, the Catholic bishops are ready to support it, despite the opposition of some Cubans in Florida.

In addition, the bishops called for a renewal of the New START Treaty limiting the U.S. and Russian nuclear arsenals, which expires Feb. 5. Renewing the treaty was discussed by Biden and Vladimir Putin in their first phone conversation.

There are other issues, but these examples show that one should not presume that the relationship between the bishops and the Democratic administration need always be antagonistic. Both sides need to be more adept at changing gears after a fight over some issues so they can work together on other issues.

But the first step is to stop ignoring areas of agreement. The Biden administration needs all the help it can find to get its programs adopted, and help from the U.S. bishops should not be ignored.