WASHINGTON (RNS) — Like many on the political left, the leaders of secular-oriented advocacy organizations — Americans United for Separation of Church and State, the Freedom From Religion Foundation and Secular Democrats of America — have celebrated as President Joe Biden has rescinded a ban on transgender people serving in the U.S. military, rejoined the Paris climate accords and reversed the “Mexico City policy,” which bars federal funds to foreign aid groups that provide abortion counseling to their clients.

“So far, we’re delighted with the actions,” said Rachel Laser, head of of Americans United.

It’s Biden’s words that have rankled many in the secularist community, particularly his habit of infusing many important decisions and ceremonies with faith. His inaugural address, besides reprising language from his campaign about “the soul of America,” cited the Bible’s 30th psalm, invoked the fifth-century theologian Augustine — whom the president, a Catholic, called “a saint of my church” — and suggested faith is key to American unity.

In addition, Annie Laurie Gaylor, co-founder and co-president of the FFRF, said her inbox was “flooded with complaints” from her group’s members when, the day before his inauguration, Biden included Cardinal Wilton Gregory, the Catholic archbishop of Washington, in a ceremony commemorating the hundreds of thousands of Americans who have died due to the pandemic caused by the novel coronavirus. 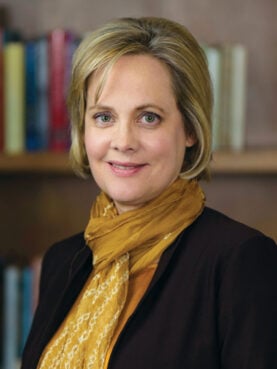 She noted that at the ceremony, held at the Lincoln Memorial, a nurse from Michigan offered the Christian hymn “Amazing Grace.”

“For our membership, for nonreligious and non-Christian individuals, it was utterly spoiled,” Gaylor said of the service.

FFRF, which claims more than 30,000 members, sent a letter to Biden in the run-up to the inauguration asking him not to include a prayer in the proceedings.

But Sarah Levin, program director for Secular Democrats of America, said that if prayer or invocation must be part of public celebrations — such as the interfaith prayer service held the day after the inauguration — secular voices should be included. “I worry that this administration’s idea of interfaith outreach may tend to exclude nonbelievers,” she said.

Many of these same groups have criticized Biden’s involvement in Thursday’s (Feb. 4) National Prayer Breakfast, an annual event that brings politicians together with religious leaders. Every president since Dwight D. Eisenhower has delivered a faith-themed speech at the gathering.

Gaylor’s group has repeatedly asked presidents not to participate, noting that its organizers — an informal group known as “the Family” — are famously un-transparent. In 2017, according to federal prosecutors, Russian national Maria Butina attempted to exploit the event as part of a “conspiracy to act as an agent of the Russian Federation.” (Butina pleaded guilty to conspiracy to act as an illegal foreign agent in December 2018.)

RELATED: At inaugural prayer service, a message of renewal and ‘repairing the breach’

Levin said she preferred that the prayer breakfast not exist at all, but suggested that if Biden continues to attend, he push organizers to invite nonreligious voices. She hoped that the nonreligious would get a mention this year.

There was, in fact, such a reference during Thursday’s event. Sen. Chris Coons, the Delaware Democrat who co-chairs the breakfast, nodded to the nonreligious while introducing the president.

“(Biden) is president for all Americans — Americans of faith, and Americans who practice no particular faith,” he said. 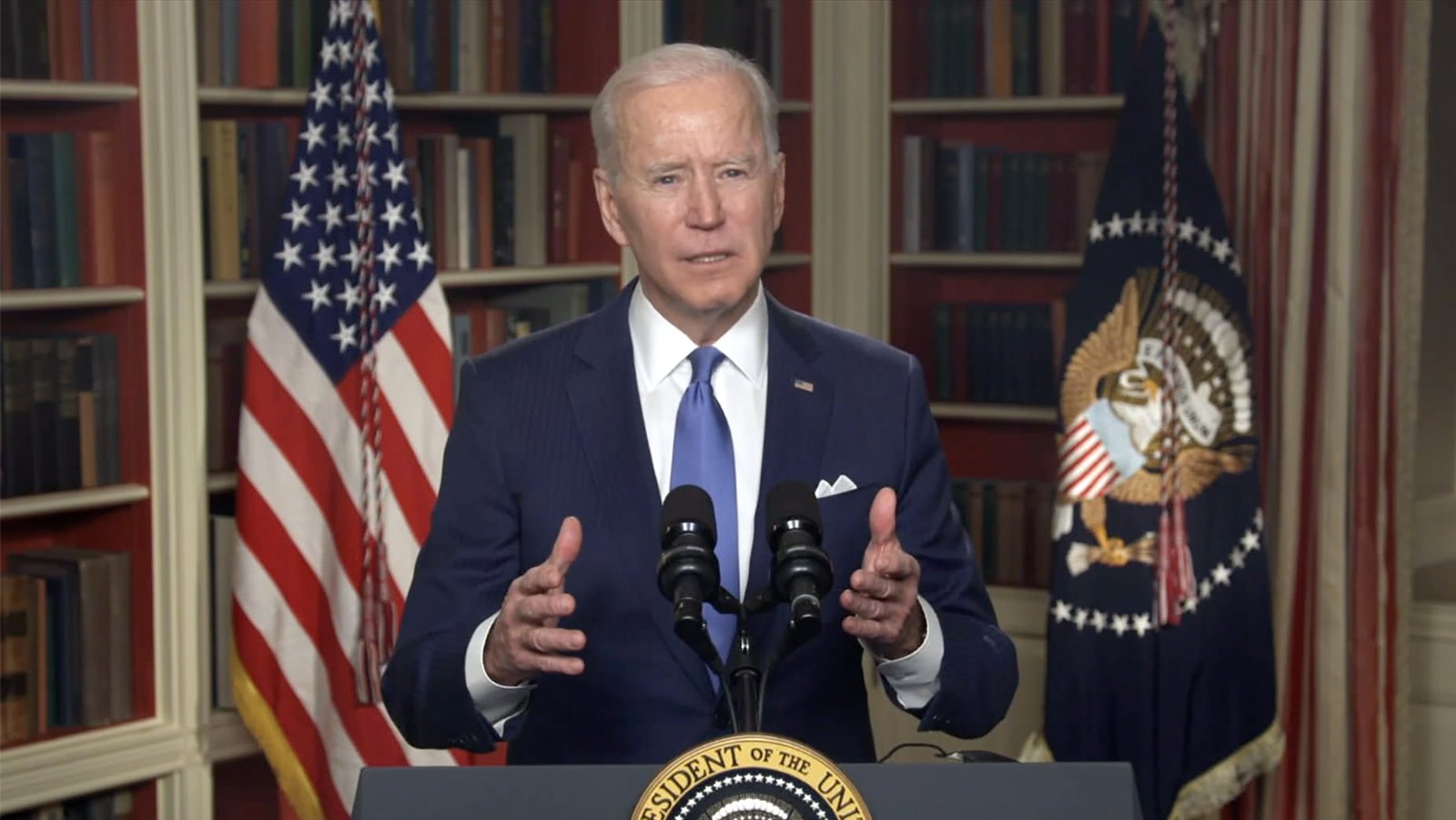 According to Pew Research, around 26% of Americans claim no religious affiliation. That includes 5% of Americans who claim an agnostic identity and 4% claiming an atheistic identity, but also unaffiliated people who exhibit religious traits such as praying regularly or believing in a higher power.

The unaffiliated coalition is not a monolith but skews overwhelmingly liberal, with broad support for LGBTQ equality and abortion rights — issues the Biden administration has promised to address.

Laser, whose group includes nonreligious and religious supporters of church-state separation, said she was more concerned about policy than quotes from Scripture.

“It’s true that some in the nonreligious community were upset that the inauguration failed to acknowledge them, but actions are so much more important than words,” she said. “Vice President (Mike) Pence, for example, would acknowledge the right to believe or not believe. But his administration enacted regulation after regulation to license discrimination against the nonreligious.”

And if Biden must attend the prayer breakfast, Laser suggested that he could take the opportunity to speak out against Christian nationalist insurrectionists who stormed the U.S. Capitol last month. 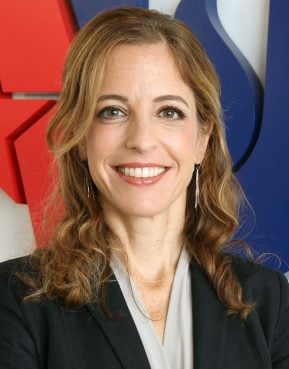 “There has never been a more important moment for a president to call out white Christian nationalists who so recently tried to overturn our government, and desecrated the most sacred part of our democracy, than now,” she said.

During the prayer breakfast — which featured participation from past Presidents Jimmy Carter, Bill Clinton, George W. Bush and Barack Obama but not Donald Trump — Biden did condemn the attack on the Capitol, white supremacy and political extremism in his remarks. But he posited faith as a potential source of healing.

Laser said her group was focused on pushing the Biden administration to embrace religious freedom as “an inclusive concept that protects and defends all of us against the government imposing one set of religious views.” She said Americans United has already made inroads with Biden’s team and been in conversation with people “who have influence on the Biden-Harris administration.”

The secular-minded leaders hope to expunge the influence of Trump’s 2017 executive order on religious freedom, which they feel unfairly privileged religion, even if it carried little legal weight.

On the whole, the groups are are primarily hoping to gain equal recognition for nonreligious Americans. Levin applauded references Biden made to nonbelievers in a statement on religious freedom after the election, as well as in his executive order ending Trump’s travel ban on primarily Muslim countries.

“It was exactly the kind of opportunity for tone-setting inclusion that we hope to see,” she said.

But for some, there is a limit to the amount of religion they can handle — even among Democrats. Gaylor pointed to a recent proposal by Democratic Rep. James Clyburn to designate “Lift Every Voice and Sing” as the national hymn.

“We really admire (Clyburn) and are so grateful for him,” Gaylor said, “but to suggest a national hymn? Oy vey!” 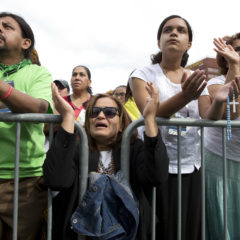