(RNS) — An extensive report from The Associated Press documents how Catholic dioceses and other Catholic institutions received at least $3 billion in federal aid from a program aimed at protecting jobs during the COVID-19 pandemic. The $659 billion Paycheck Protection Program enacted by Congress gave forgivable loans to entities if they did not lay off workers during the period covered by the loan.

Although Congress described the program as an aid to small businesses (with no more than 500 affiliated employees), it was also available to nonprofits. The Trump administration exempted religious organizations of the affiliation rule, which allowed dioceses and their parishes to get PPP loans.

The general tone of the AP report was negative, as if church entities had no right to these loans. My reaction is, if you do not like the program, complain to Congress.

While one can argue about the merits of such a program for religious nonprofits, there is no indication of any illegal activity. Nor did church officials try to hide their actions, as shown by the fact that the AP was able to get so much information from financial reports published by church entities.

The Catholic Church was simply very good at jumping through the bureaucratic hoops required to get a PPP loan. Diocesan finance offices proved to be very competent. Good for them.

My guess is that most Catholic parishioners, whose donations finance the church, would congratulate church officials for getting the loans rather than condemning them. Nor are church employees likely to complain that the church went after a program that helped preserve their jobs during a pandemic when unemployment reached devastating levels.

If I were a bishop, pastor or president of a school, I would have gone after every penny I could legally get.

At the time church officials were applying for these loans, no one knew what the future held. Would a vaccine work? How high would unemployment go? Would donations dry up? Would the stock market crash? How long will the recession last? What about school enrollment and tuition? 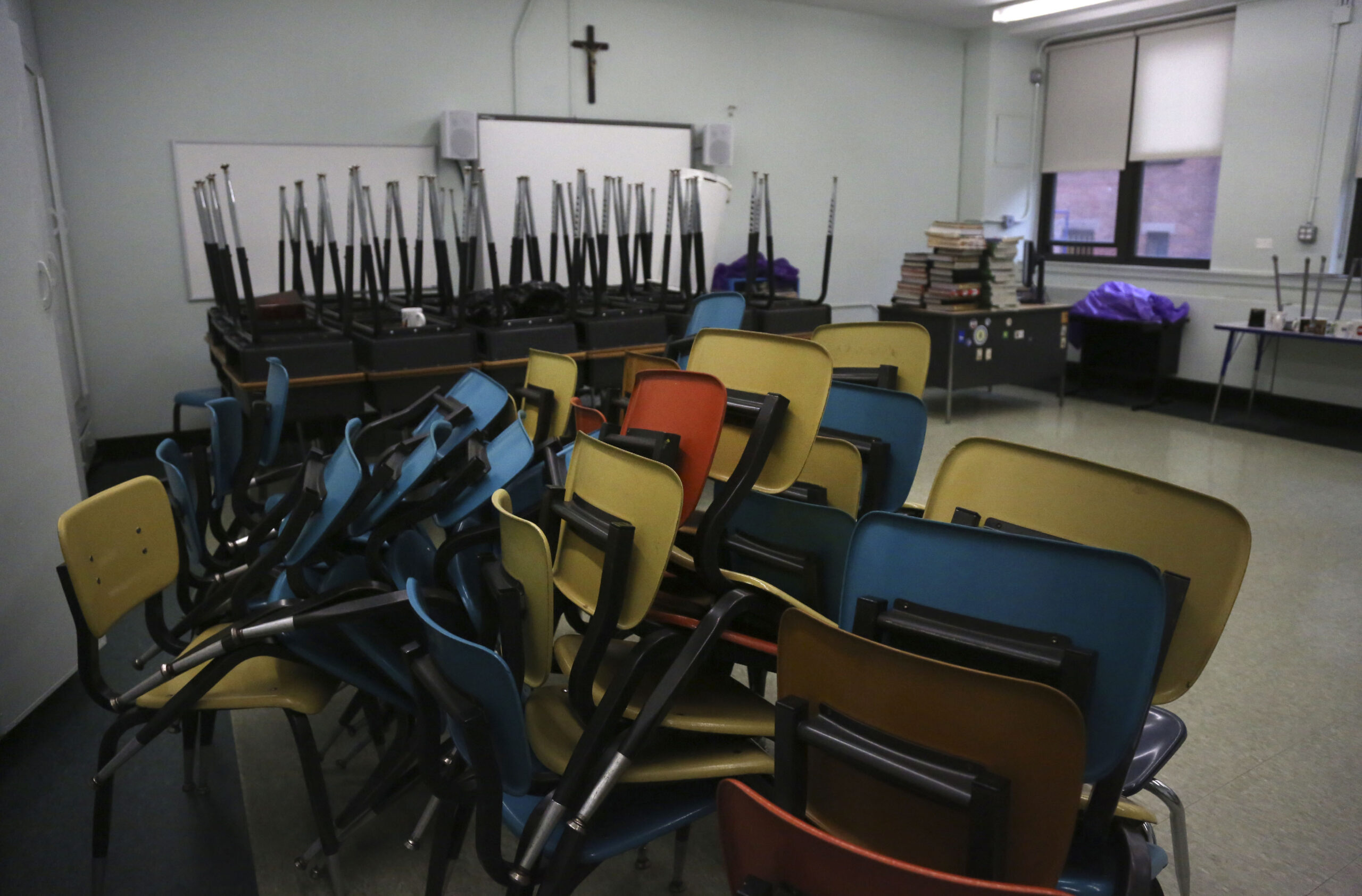 In this Aug. 6, 2020, file photo, desks and chairs are stacked in an empty classroom after the permanent closure of Queen of the Rosary Catholic Academy in the Brooklyn borough of New York. On Feb. 8, 2021, Catholic education officials reported that enrollment in Roman Catholic schools in the United States dropped 6.4% from the previous academic year amid the pandemic and economic stresses — the largest single-year decline in at least five decades. (AP Photo/Jessie Wardarski)

Although some of these fears proved overblown, the future is still uncertain. Others, like fears of falling tuition payments, proved accurate, as an unprecedented enrollment drop was reported in another AP story

The AP report was also shocked that the church went after money even though it has billions of dollars in assets.

Again, this was legal. If you do not like it, complain to Congress.

Second, these billions are not controlled by one entity. Control of money is very decentralized in the church among thousands of parishes, dioceses, schools and other entities, which are often separately incorporated.

In addition, while looking at church assets, AP ignored church liabilities. Also, both state and church law require that nonprofits respect the intention of donors in the use of their funds. Money given for one purpose cannot be indiscriminately used for other purposes. Funds are also set aside to cover future obligations, such as pensions and cemetery maintenance.

While a bishop can borrow money from one entity to help another entity, he still will have to pay back the first entity, often with interest.

Third, forgive me while I do a little math. The PPP loans could amount to 2.5 times the applicant’s average monthly payroll costs. Three billion dollars divided by 2.5 means the Catholic organizations that received loans have monthly salaries totaling $1.2 billion, an annual payroll of $14.4 billion. Retaining these jobs is not only good for the Catholic institutions, but also for their employees who pay taxes.

The AP reporters believe the church should practice Franciscan poverty and give away money as fast as it gets it. While I admire St. Francis, I would not put him in charge of church finances. I have seen too many nonprofits operate on the financial edge only to have to stop programs and lay off staff during rough times. The church could never have built the institutions it has without the generous support of the faithful and the prudent management of church officials.

Finally, the AP report seems to believe that if the church did not get these loans, they would have gone to deserving small businesses. But it is clear the reason small “mom and pop” businesses did not get loans is because banks preferred to work with major clients with whom they had ongoing business. If church entities had not gotten these loans, the money would have gone to these bank customers. Hopefully, the revised program will work better.

Does this mean I think every bishop and church official is wisely using money for the best purposes? Of course not. That is why finance committees and lay boards along with transparency are essential to proper church financing. But if the government is giving money away, I will take it.