Limbaugh, who received the Presidential Medal of Freedom in 2020, was 70.

Evangelist Franklin Graham, who urged his followers to pray for the radio host after he was diagnosed with advanced lung cancer in 2020, mourned Limbaugh after news of his death broke.

“My heartfelt condolences and prayers for the family of Rush Limbaugh, who passed away today after a battle with lung cancer,” he posted on Twitter Wednesday (Feb. 17). “He was a conservative voice of reason for so many years and will be greatly missed.”

The radio show host — along with other media voices — appealed to Christian conservatives and often had more influence on the politics of evangelicals than their pastors, a reality that concerned conservative author and constitutional attorney David French.

“They are being catechized into religious political engagement through Fox, Mark Levin, Rush Limbaugh, OAN, Breitbart, viral Facebook videos,” he told Religion News Service recently. “Yeah, there are pastors who stoke it, but that’s not who’s reaching the millions.”

Limbaugh was a fierce critic of Democrats and political progressives, labeling them “feminazis” and “commie libs.” He also compared the mob that stormed the U.S. Capitol in January to revolutionary war figures like Sam Adams and Thomas Paine. 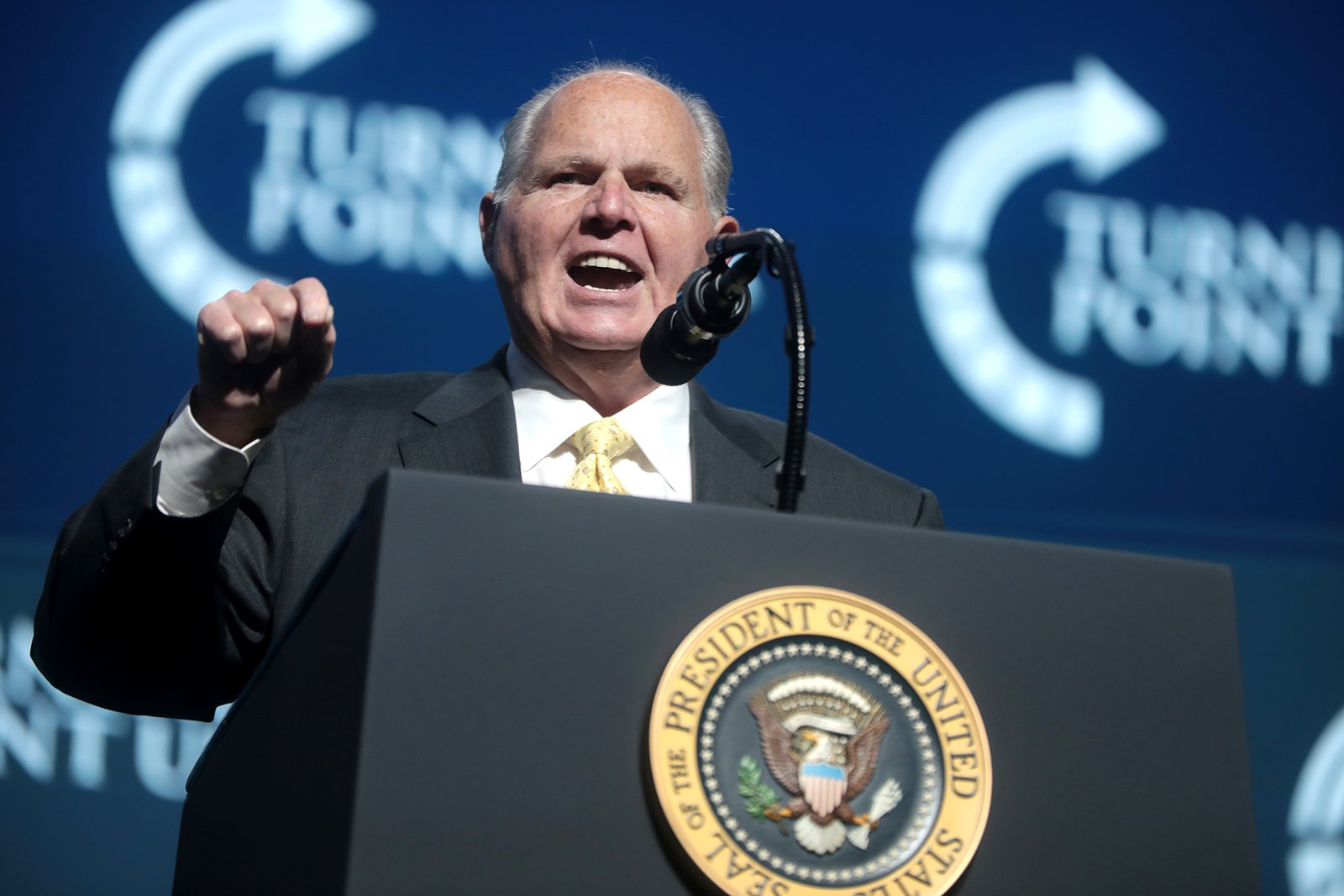 Even as he championed Donald Trump’s failed reelection bid, Limbaugh turned more reflective after his diagnosis. He told Fox News last fall that his faith sustained him during his illness.

“I woke up this morning and I thanked God that I did,” he said. “I am just thrilled to be here.”

He also thanked his family for their care during his illness and said it was a blessing to be able to work with Trump to help restore the country. He also talked about how every day was a “do-over.”

“Life is the most precious thing we have and probably the thing that most people take for granted,” he said. “I really appreciate mine.”

After his diagnosis, Limbaugh also spoke about his personal faith in Jesus during that appearance, a matter he often kept private because he did not want to proselytize.

On his show, Limbaugh was critical of atheists and other skeptics, claiming they could not be moral without God and that believers could not embrace progressive concerns.

“If you believe in God, then intellectually you cannot believe in manmade global warming,” he said in 2013. “You must be either agnostic or atheistic to believe that man controls something that he can’t create.”

RELATED: Trump divided the nation and their church, experts say, but evangelical fans have few regrets

Limbaugh claimed that belief in God inspired his political beliefs and said faith was a comfort during his own illness, the radio show host mocked Joe Biden for speaking about his faith during the 2020 presidential election. Biden’s retelling of his turn to faith after the death of his son was “a crutch,” Limbaugh told listeners.

“It’s a crutch that liberal Democrat politicians are allowed to lean on,” he said.

Republican U.S. Rep. Jim Jordan of Ohio praised the late radio host as “an icon, patriot, and American hero” who fought for freedom and liberty. He called Limbaugh the greatest radio host ever.

Spiritual teacher and one-time Democratic presidential candidate Marianne Williamson said on social media that when Limbaugh meets God, the radio host might be in for a surprise.

“I believe in a God who is very tenderly explaining some things to Rush Limbaugh right now,” she said on Twitter.  “Limbaugh I assume is very quiet and taking it all in.”

In the end, Limbaugh seemed to have no regrets.

“I’m just trying to give thanks every day for all of the blessings,” Limbaugh said last fall. “I have had a blessed life. I have had so many great friends … and still do. … There’s nothing negative for me. There’s nothing I have deep regrets about because I’ve been so blessed.”