Four out of five Black adults in the U.S. who have ties to a faith group agree to some extent (41% “strongly” and 38% “somewhat”) that “to understand the African American experience, it is necessary to understand the role of religious faith in the lives of Black people.”

The percentage of religious Black Americans who agree with that statement has grown to 79% today from 71% in 1996.

The findings, released Thursday (Feb. 18), are the second of several planned reports from Barna’s State of the Black Church project. The first, released in January, found that most attendees of Black churches say African Americans generally feel politically powerless, but those worshippers also see Black congregations as a source of comfort and control.

The results are based on responses from some 1,800 Black American adults, including more than 800 who attend a Black church. The California research firm conducted the survey in the spring of 2020. 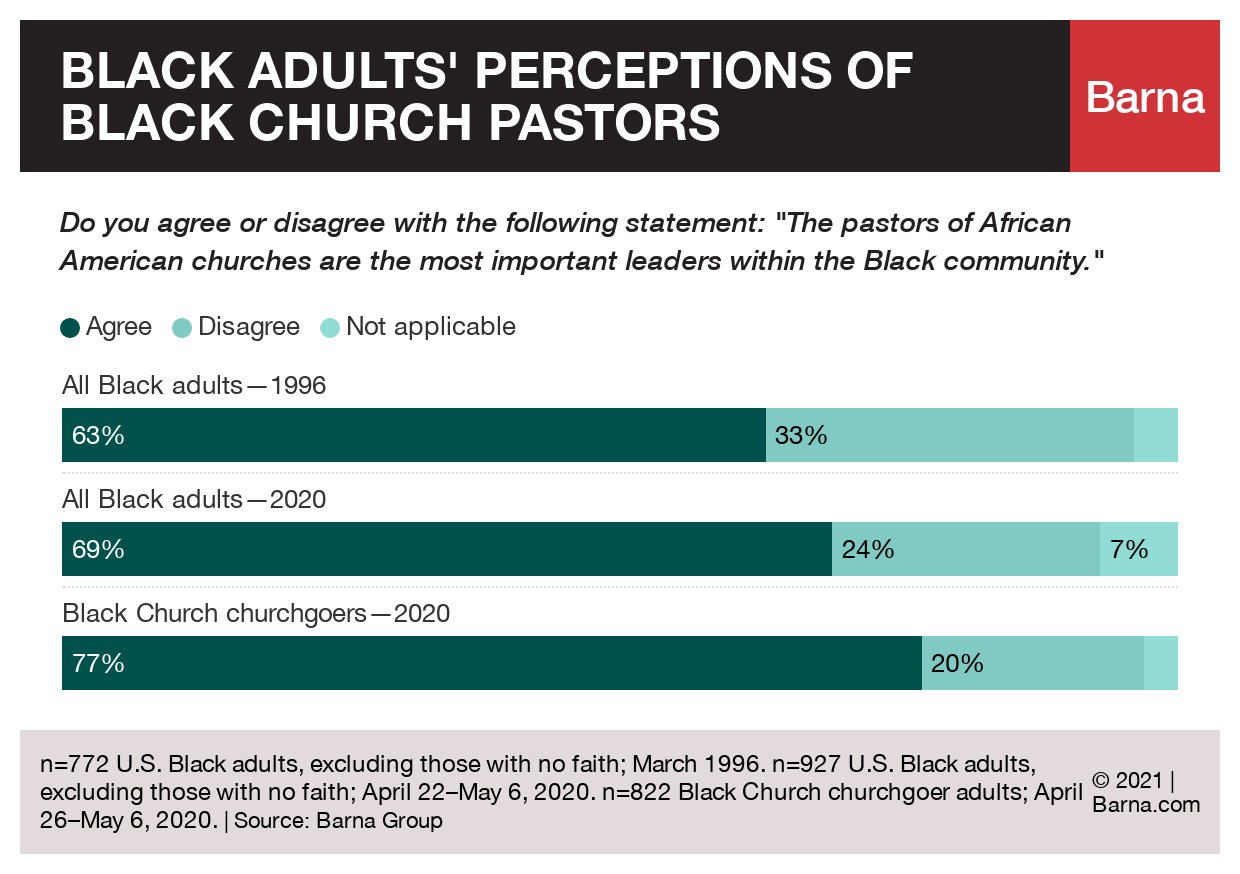 Half of Black church attendees — defined in the study as African Americans who attend a majority Black church — agree “strongly” that faith is a crucial dimension of the Black experience. Additionally, almost 4 in 10 (38%) agree “somewhat” about that. 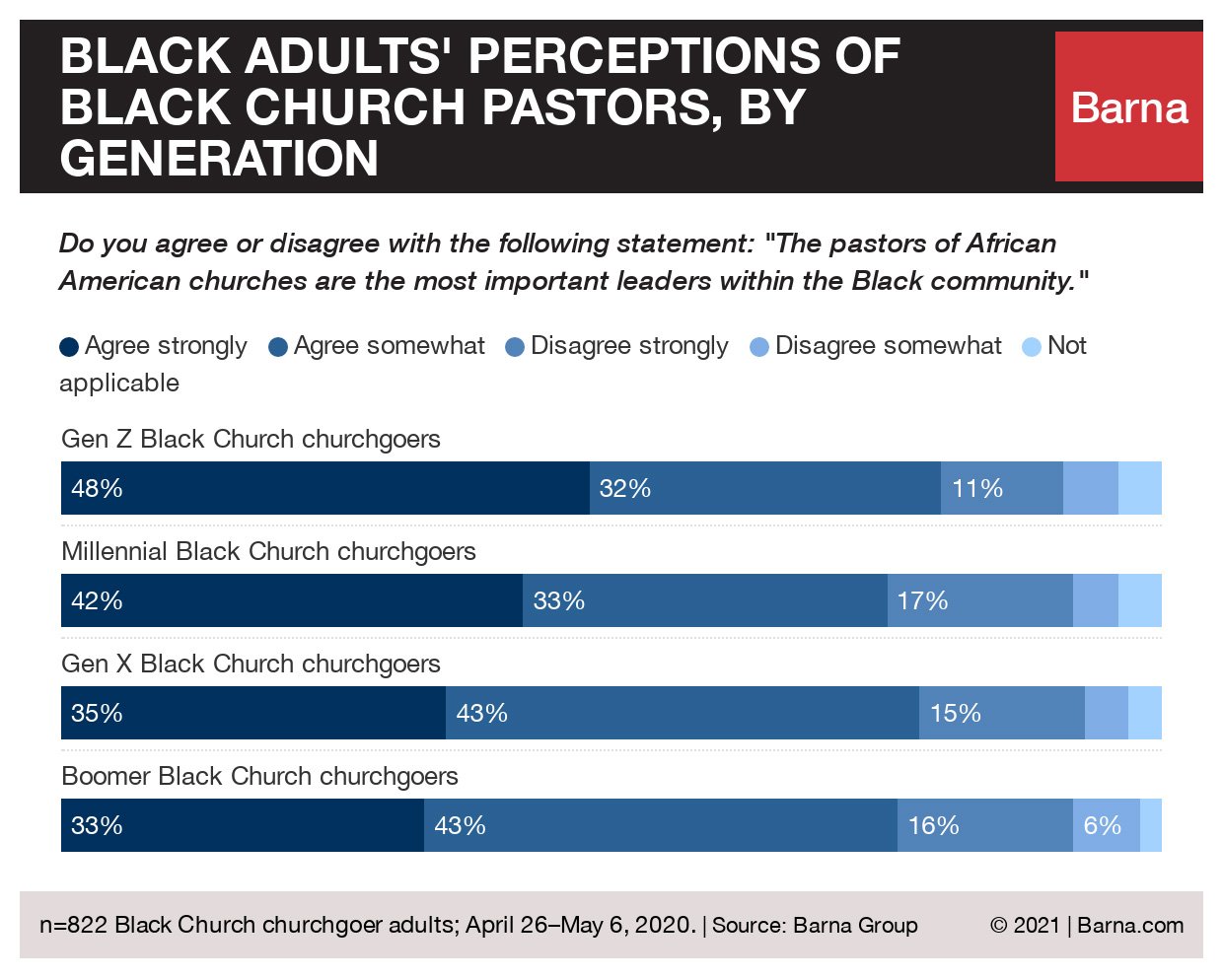 The study found that Black church attendees tend to have stronger positive views about the Black church than African American adults in general. When asked, “When you hear ‘The Black Church’ mentioned, what is your immediate response?” Black church attendees selected “important” and “safe” most often. But about one-third of the general Black population chose “old-fashioned,” and about one-fifth chose “stifling.”

There was a noticeable drop in the percentage of respondents who said church involvement was “desirable.” While 90% of Black adults agreed with that description in 1996, only 74% agreed in 2020. The question did not specify Black church involvement, but a higher percentage of Black church attendees (94%) said in 2020 that they consider being active in a church to be desirable. 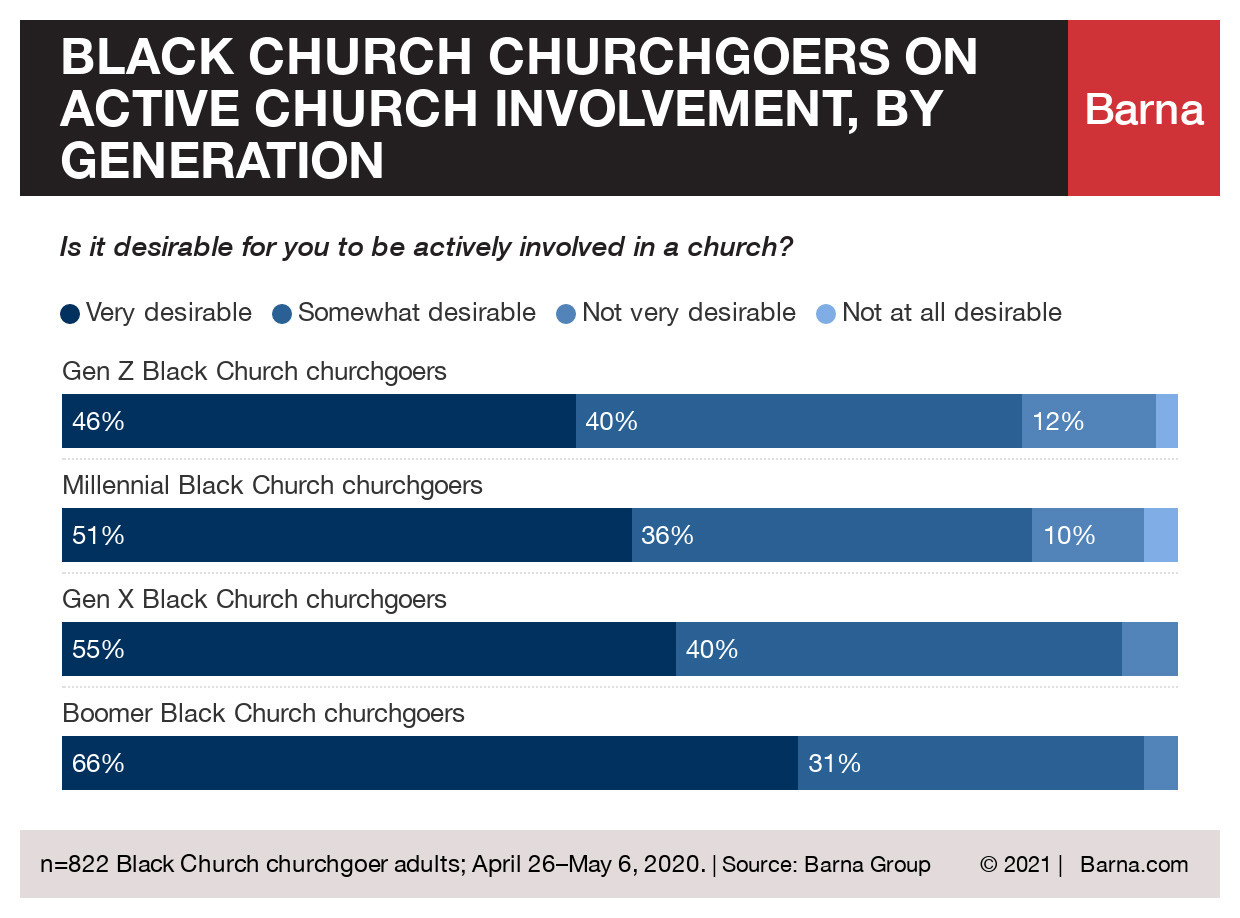 “The data speak to the challenge and opportunity facing Black faith leaders as they steward the influence of their Church communities for a new era,” the research firm said as it announced its second report.

The findings were based on an online survey, conducted April 22 to May 6, of 1,083 U.S. Black adults and an additional 822 Black church attendees. It had a margin of error of plus or minus 2.3 percentage points. 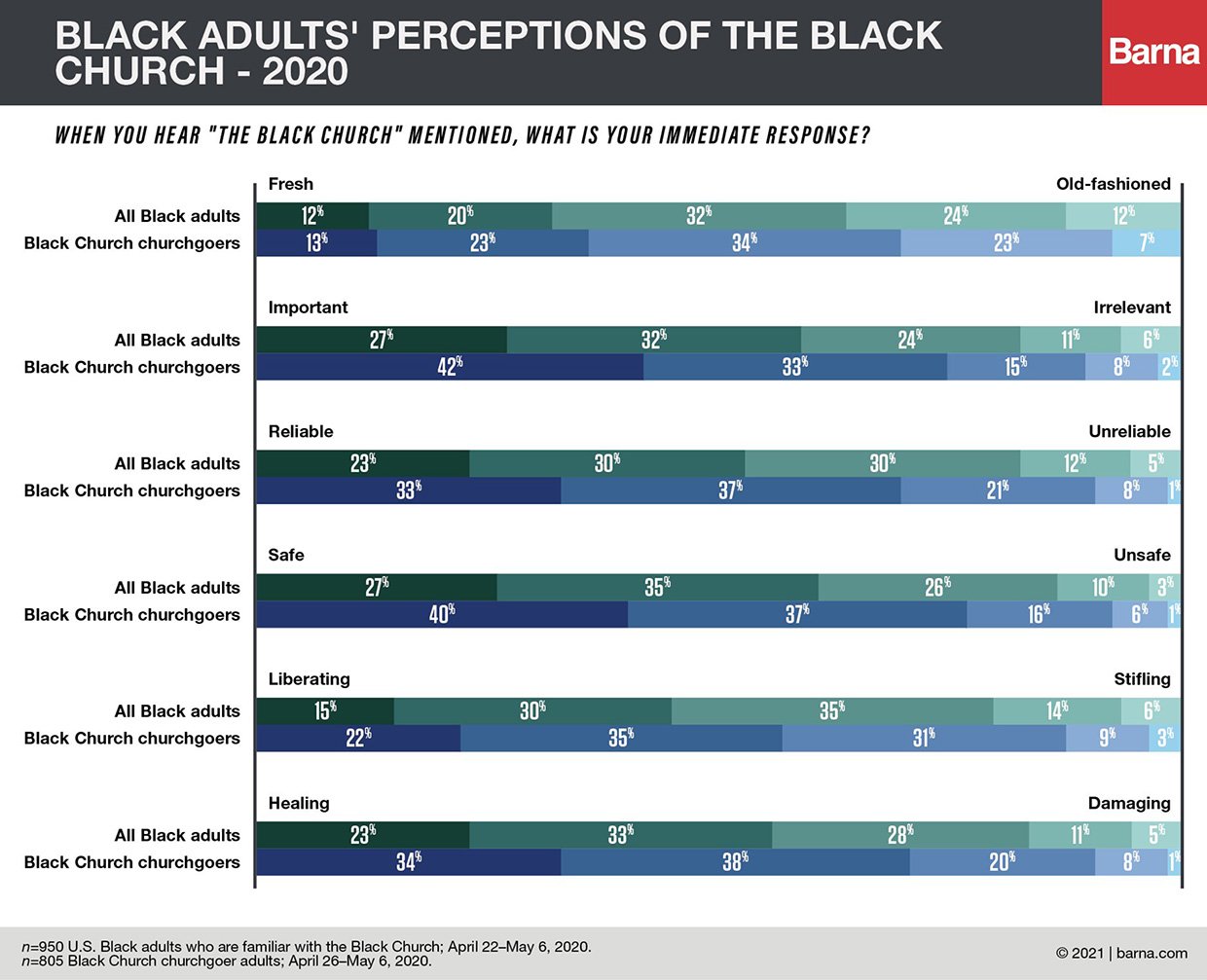