(RNS) — When the evangelical humanitarian relief agency World Vision announced in 2014 that it would no longer discriminate in hiring against job applicants who were in same-sex marriages, it rescinded the decision two days later in the face of backlash from anti-LGBT donors.

Even when Christian agencies abandon a discriminatory policy that the religious right puts so much capital into defending, implementation can’t be taken for granted. So when Bethany Christian Services, the country’s largest evangelical Christian adoption and foster care service provider, announced last week that it would begin placing children with LGBTQ parents nationwide, many at religious institutions that serve the poor wondered whether to celebrate or hold their breath.

Perhaps the hottest flashpoint in our national debates about LGBT equality today revolve around faith-based social service providers asserting a right to discriminate based on religious liberty grounds.

This conflict courses through our political campaign rhetoric, state legislative debates and constitutional litigation. The Fulton v. Philadelphia case recently heard by the Supreme Court centers on whether a Catholic foster-care provider that receives taxpayer funds can legally refuse to place children with same-sex couples.

But Bethany Christian Services shows that entrenchment is not inevitable, and that lawsuits and policy fights are not the only paths forward. It will constitute a turning point for families, the church and maybe even American politics if Bethany follows all the way through on this policy.

It will, most significantly, change the lives of children.

When same-sex couples are not excluded, more children get placed into stable, loving homes with dedicated parents. Research overwhelmingly shows that children with two moms or two dads thrive just as well as their classmates who have parents of different genders. Commitment, nurturance, patience and everyday things like changing diapers, making lunches, keeping tabs on screen time and bedtime prayers are what make a family.

As a pastor, I know that faith is what drives Christian organizations to be deeply involved in adoption and foster care services — Jesus’ call to love our neighbors as ourselves, his love for children. His admonition that how we treat the least among us is how we treat the Son of God is a clear commission to give every child a good home. 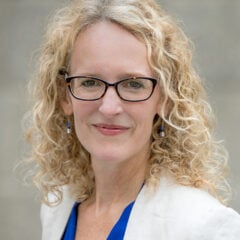 Many Christians believe this too: If Bethany Christian Services’ new policy of nondiscrimination sticks and spreads, the compassionate face of the church will shine brighter. It’s a sign that brighter days are ahead for the church and the country.

(The Rev. Jennifer Butler is CEO of Faith in Public Life, a nationwide network of over 50,000 faith leaders, and was chair of the President’s Advisory Council on Faith-Based and Neighborhood Partnerships under the Obama administration. She is the author of “Who Stole My Bible: Reclaiming Scripture as a Handbook for Resisting Tyranny.” The views expressed in this commentary do not necessarily reflect those of Religion News Service.)

Opinion
The slow-moving rift in evangelical Christian higher education
Follow us on Facebook!
Submit your photos to RNS