VATICAN CITY (RNS) — Countless pictures document the struggle: For decades, popes have suffered embarrassment and even frustration when their light, shoulder-length mantle, inspired by a sudden gust of wind, smacked them right in the face as they greeted world leaders or waved to crowds while cameras whirred.

Pope Francis was not spared during his appearances on his history-making visit to Iraq over the past week, as he was often whipped about the head and shoulders, fussing with and generally playing second fiddle to the gyrations of his cape.

Popes wear the pellegrina, an ivory-colored mantle named for the traditional attire of Christian pilgrims, over their cassocks. Bishops and cardinals wear a black pellegrina with purple or red lining for formal events. Because of the circular design and lightweight material of the pellegrina, which opens at the front, the wind easily sweeps beneath it, making the liturgical vestment the ecclesial equivalent of Marilyn Monroe’s iconic white dress. A gust of wind blows Pope Francis’ cape as he prays for peace in the Middle East with an unprecedented gathering of Orthodox patriarchs and Catholic leaders in Bari, southern Italy, on July 7, 2018. (AP Photo/Alessandra Tarantino)

Papal tailors near the Vatican told Religion News Service that despite the frequency with which the pellegrina turns against its wearer, it remains — in Catholic terms — a relatively recent phenomenon that underlines ongoing developments in papal attire.

“Once the material used was much heavier, like wool. Now we try to make it as light as possible because they are already dressed underneath,” said Laura Mancinelli, who runs her father’s famous Mancinelli shop for clergy attire a few steps from the Vatican.

“But obviously with the wind it flies all over the place,” she added.

Tailors have opted for lightweight and opaque fabrics for liturgical vestments because they are worn over regular clothes. Given the weight of the robes and the advanced age of popes and clergy in general, Mancinelli is hesitant to make adjustments to weight the mantle to hold its own against the wind.

“We are mostly concerned with how it falls, without any lines,” she said. “The effect risks being ruined if you put something underneath.”

Across the street from Mancinelli’s shop, at the well-known liturgical vestment store Comandini, the “kite effect” of the papal mantle is also considered “inevitable.” 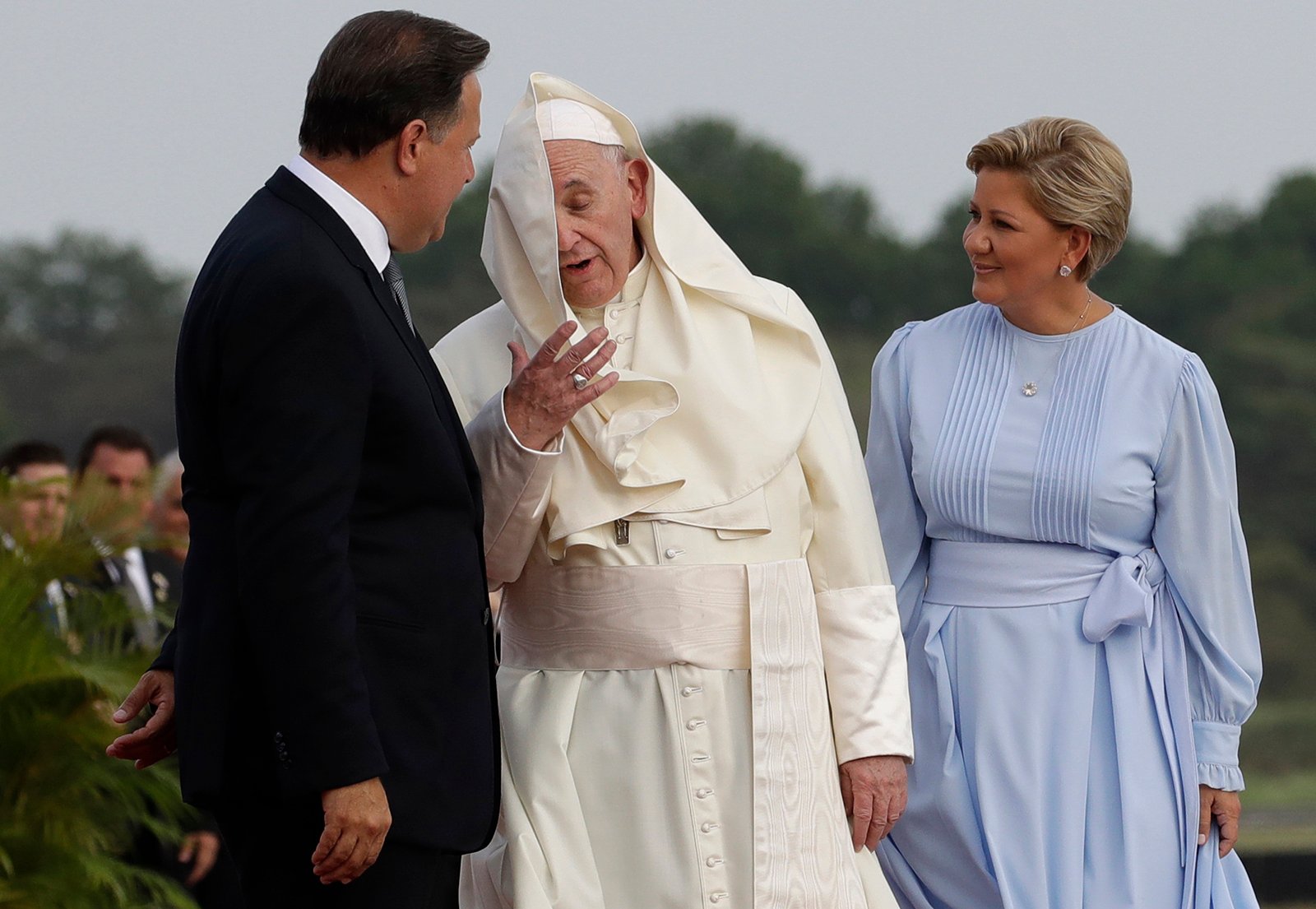 The mantle is only attached to the cassock in two places, explained Dario Piccioni, an employee accustomed to selling garments to cardinals and bishops at the Vatican. “Since it’s short, you only need a little bit of wind and … ,” Piccioni said, imitating the rogue mantle, his laugh detectable beneath the mask.

“But maybe we could put a pin or Velcro,” he added, stating that “the issue has never been raised before.”

In the end, he said, decisions about these matters are made by the higher-ups at the Vatican. The Second Vatican Council, which sought to reconcile the Catholic Church with the challenges of modernity, made significant changes to the sometimes over-the-top attire worn by popes and clergy.

Pope Paul VI had an instrumental role in redefining the fashion choices of the pontiffs, eliminating the long trains that popes and cardinals used to wear during processions, which traditionally extended up to 23 feet long. He was also the first pope to hold public audiences in St. Peter’s Square from the high — and terribly gusty — window of the apostolic palace.

In the past, it was also uncommon for popes to leave the Vatican for long periods, let alone be constantly photographed while stepping out of an airplane or helicopter.

“It started with John Paul II, famous for his photos with the pellegrina flailing everywhere from the wind,” said Mancinelli, whose shop, founded in 1962, has had a front row seat to the many sartorial developments that have taken over the Catholic Church in the past decades.

St. John Paul II made more than 100 trips during his nearly 30-year pontificate, becoming also the first to address the wardrobe malfunctions related to flapping mantles and aerodynamic skullcaps, or zucchettos. 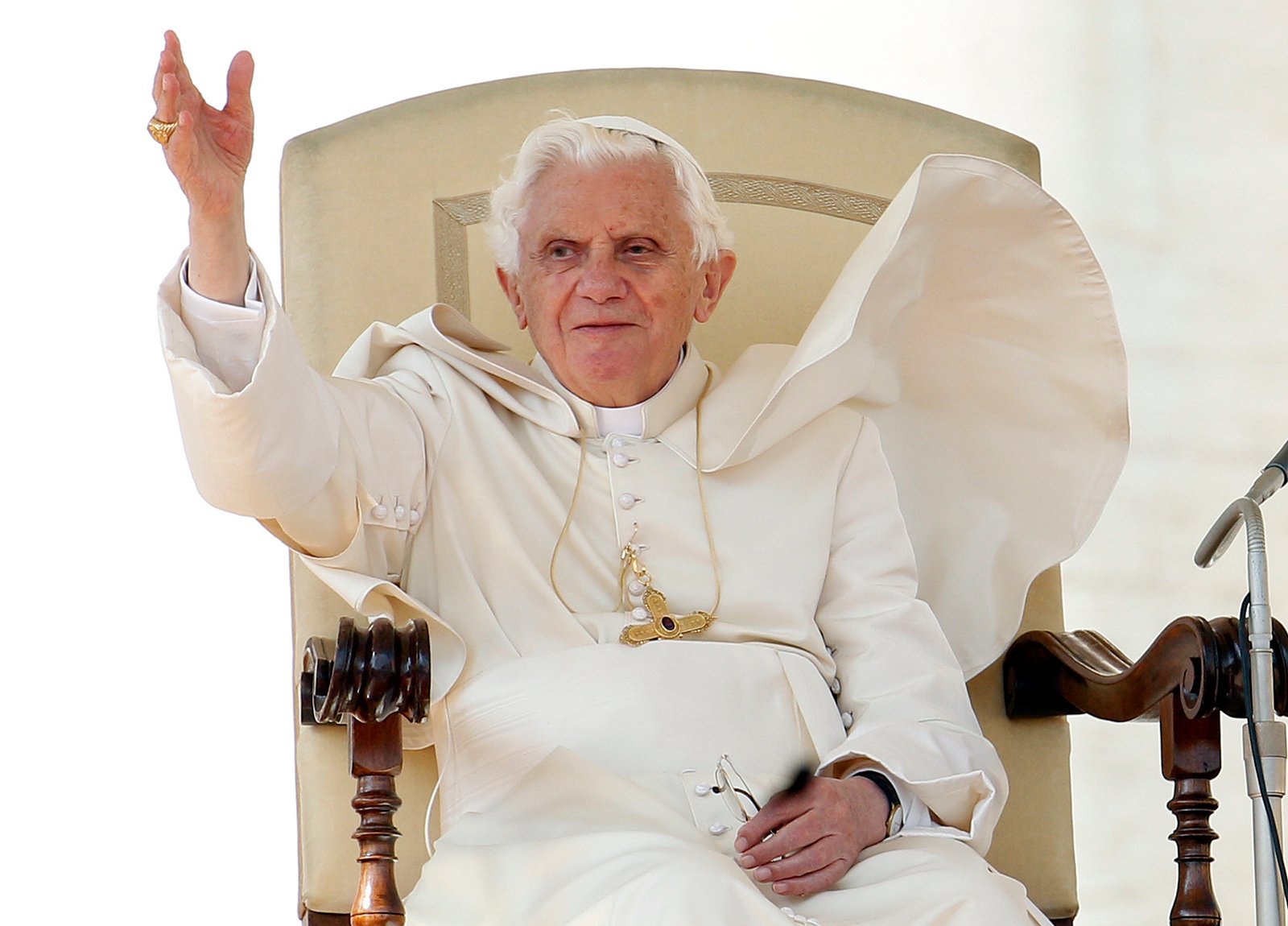 Pope Benedict XVI waves as a gust of wind blows his mantle during a general audience in St. Peter’s Square, at the Vatican, Oct. 19, 2011. (AP Photo/Pier Paolo Cito)

Despite being a bit of a clotheshorse, Pope Benedict XVI said when he announced his resignation in 2013 that he would give up the traditional mantle and silk sash, to differentiate himself from the pontiff, though he would continue to wear white.

Benedict had been a fan of the mozzetta, similar to the pellegrina but closed in the front, and dusted off the traditional velvet cape, which had fallen out of fashion under John Paul II, for Easter and Pentecost celebrations. The German pope was often seen sporting the red or white mozzetta lined with ermine fur, along with his scarlet leather loafers, earning him the title of Best Accessorizer of the Year by Esquire magazine in 2007.

The pope’s mozzetta also used to have a large hood (cocullo) attached to it, which helped hold down the mantle on windy days, but the hood was later simplified to be little more than a symbolic flap at the back. But caps, velvet and fur weren’t enough to prevent Benedict’s mantle from rising up, at times resembling the bony frills of long extinct dinosaurs in Jurassic Park.

Every pope leaves a mark on papal fashion, and Francis has chosen a simpler style that casts aside fanfare and drama in favor of comfort and practicality. 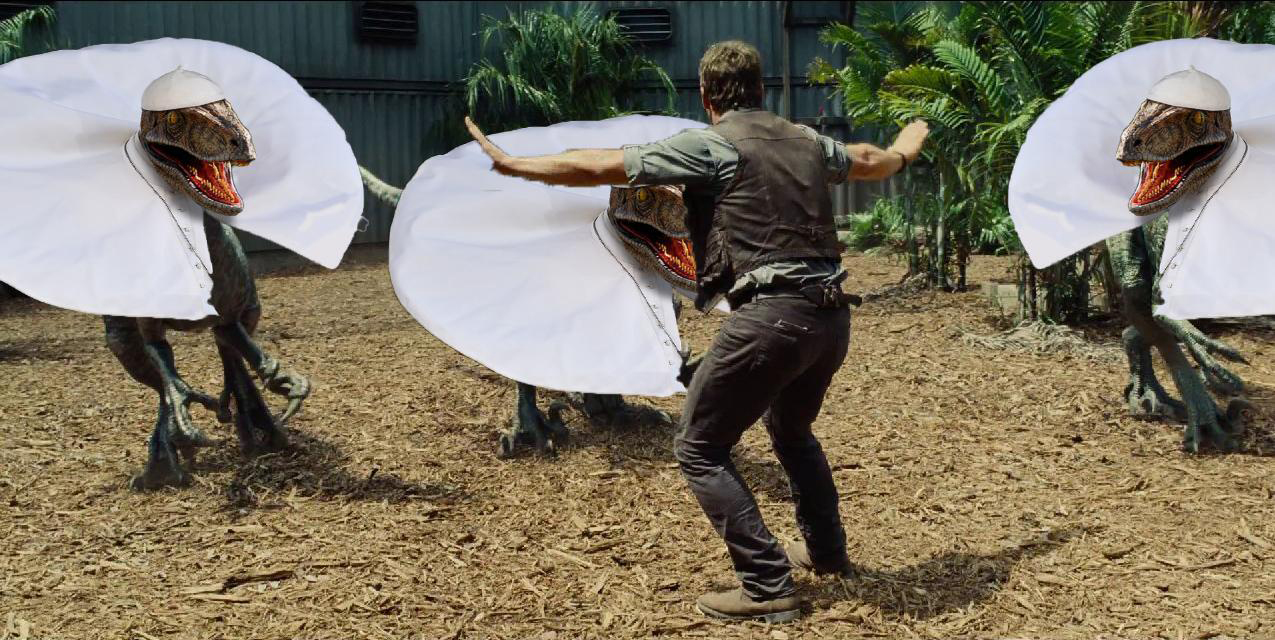 A meme of papal raptors with Chris Pratt in “Jurassic World.” Image via social media

“Unfortunately, and I say unfortunately because of my job, these things will become increasingly simple with time,” Mancinelli said, referring to how customers in her shop now favor synthetic fabrics and wooden pectoral crosses instead of silk sashes and golden rings.

“I wouldn’t be surprised if the pellegrina disappeared altogether someday,” she added.

As the Vatican embraces more practical designs and the number of experienced artisans dwindles, the Catholic Church will likely continue to experience a profound transformation of its traditional and liturgical vestments. But while tailors imagine the attire of the popes of tomorrow, viewers can still admire the fantastical twists and turns of the wind-wrought papal mantle.