VATICAN CITY (RNS) — An initiative aimed at protecting minors from sexual abuse that has reshaped how the Catholic Church safeguards children is ready to take the next step.

On Sept. 1, the Center for Child Protection at the Gregorian University in Rome will become the Institute of Anthropology, Interdisciplinary Studies on Human Dignity and Care, or IADC, a change that symbolizes the church’s changed approach to a problem that has widened far beyond the church, according to the Rev. Hans Zollner, the president of the organization and a leading figure in the Vatican’s efforts on the issue.

“Since the Center for Child Protection’s establishment nearly a decade ago, we have begun to see new dimensions of abuse scandals,” said Zollner, a member of the Pontifical Commission for the Protection of Minors created by Pope Francis in 2014. Zollner cited the #MeToo movement and reports of abuse in military organizations, the United Nations and other nongovernmental organizations.

In the Catholic Church, Zollner added, there has been a growing number of cases of “spiritual abuse, coercive control and abuse of power” against lay and religious women.

Pope Francis has instituted sweeping reforms during his pontificate to address the avalanche of cases of sexual abuse by clergy, including issuing guidelines for dioceses for reporting abuse and safeguarding minors. But Zollner noted that they “are sadly not enough.” Sexual abuse of minors and vulnerable adults “is a systemic issue that needs to be addressed,” he added.

What Zollner recommends is “safeguarding by design,” which goes beyond mere patchwork remedies and “requires constant conversation and action that places victim-survivors and human dignity as a core concept at the heart of all we do.” 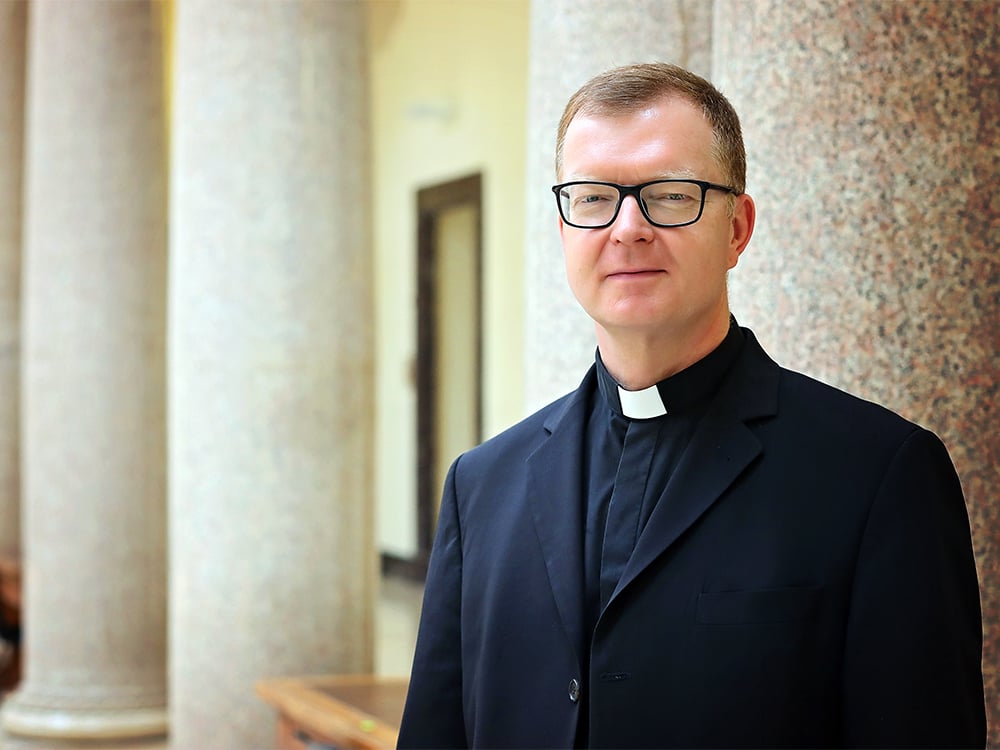 The Rev. Hans Zollner. Photo courtesy of the Center for Child Protection at the Gregorian University in Rome

The Institute of Anthropology will offer a doctoral degree in anthropology, host researchers, broaden the scope of its existing curriculum and have its own teaching faculty.

Freed from the university’s psychology department, where it has been housed since the center’s founding, the institute will delve into cultural, religious and social dynamics that contribute to how the church thinks about its systems for protecting children.

“This conversion will deepen the interdisciplinary dimension of education and research, recognized by all as fundamental to addressing issues surrounding abuse and its prevention,” the Rev. Nuno da Silva Gonçalves, rector of the Pontifical Gregorian University, said in a statement.

The new institute will host events as well, modeled on the successful 2017 conference on “Child Dignity in the Digital World” that brought representatives from big tech companies, grassroots organizations, religious and lay groups to Rome.

“I firmly believe that this sort of conversations and networking opportunities will be essential to making real, lasting change happen,” said Zollner. “No one organization, country, religion, culture, etc., is able to provide all the answers for how to protect and defend all who are at risk of being abused.”

This latest evolution of the center, which started as a small project in Germany, represents a broadening understanding of abuse cases in the Catholic Church.

In 2019 Francis issued a series of guidelines and decrees that included vulnerable adults as a category to be protected alongside children. Removing the focus on children in the name of the Institute of Anthropology “certainly shows our desire to emphasize our commitment to safeguarding all human beings,” Zollner said, as well as “recognizing the vast problem of abuse of adults.”